Disillusionment is a terrible thing. I'm becoming increasingly intolerant of the nonsense that gets posted on so-called photography forums. I know it's the same on any specialist forum, but you'd think photographers would want to discuss photography. No. It's all gear, pixels and the quest for the ultimate 'image quality'. Good enough just isn't good enough for the majority. As soon as I've used the forum I belong to to sell a couple of lenses I think I'll delete the place from my bookmarks. Although I might drop a bombshell expounding on the benefits of UV filters over lens hoods, of variable aperture 'consumer' zoom lenses, how it's better to buy the latest full frame body for its state of the art sensor and to use it with cheap lenses rather than spend a fortune on 'fast glass', and that digital is too sharp before I go! 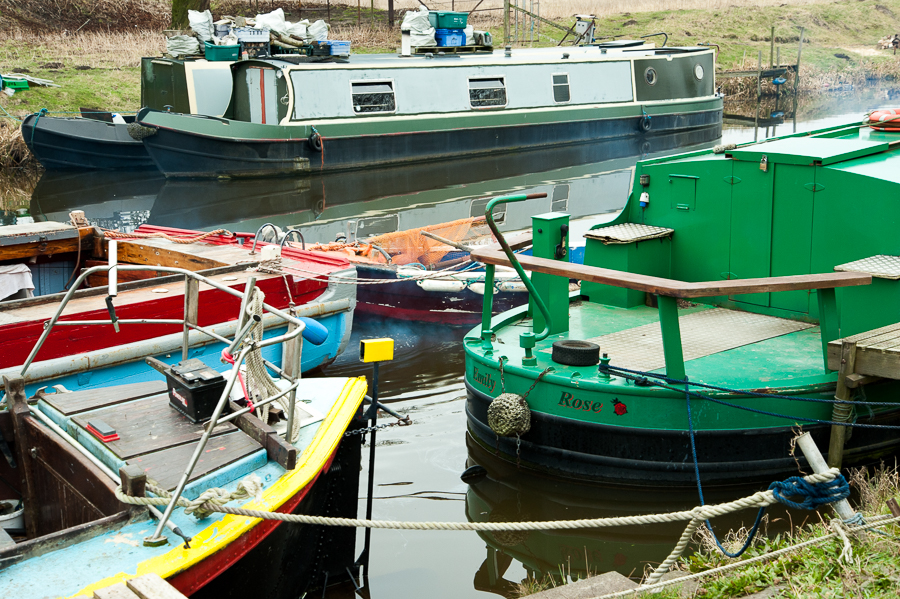 One of the biggest moans on the forum from old men like myself is that their DSLR gear is too heavy to carry around all day. Their answer is a smaller camera system but with the equivalent, fast,  expensive lenses in a range to cover every eventuality.

My answer is simple. Cut it down. Get rid of the bag full of 'pro' lenses and the battery grip and shove a consumer zoom on the bloody thing. Better still something like a 28 or 35 fixed focal length lens. You really, really don't need to take lenses to cover every eventuality with you. If you are doing that then I reckon you don't know what you want to photograph or how. Oh, and don't hang the damned camera around your neck, hang it off one shoulder - it will feel lighter even with a heavy lens on it. 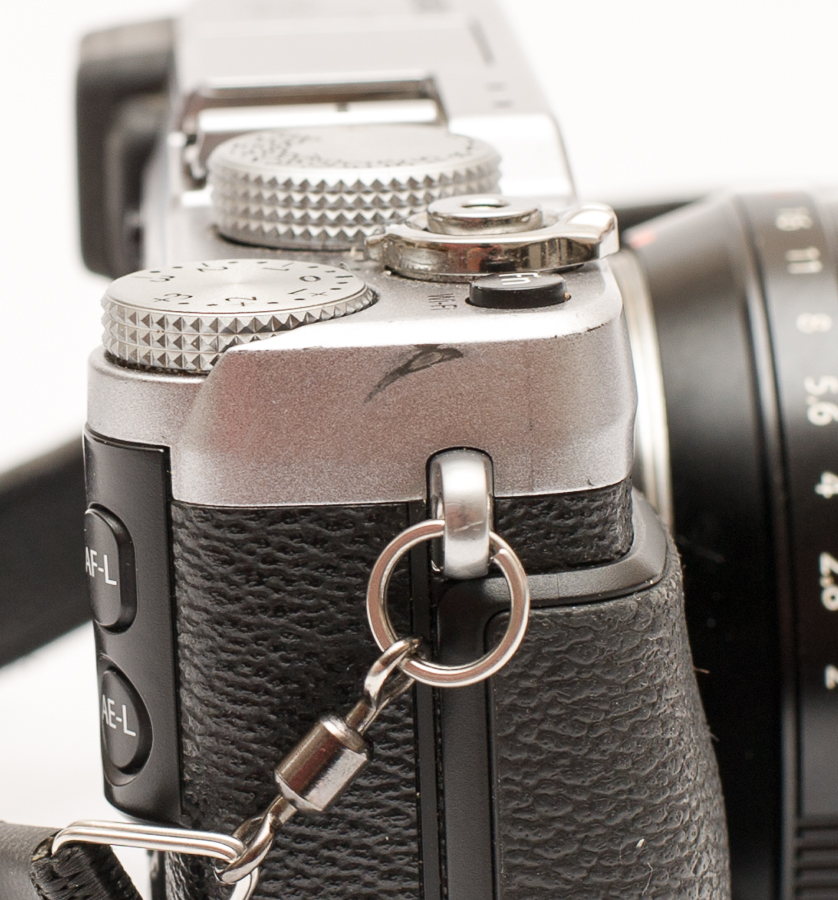 Don't get me started on camera straps. Thread after thread moaning about how rubbish the straps are that come with cameras and recommendations for fancy straps that cost a fortune. I fell for that one. Briefly. The only improvement that's needed on a camera strap is to add a swivel between the strap and the camera. I've done that on two cameras and the bane of all straps - getting twisted up - was immediately banished. Oh dear, the split ring rubs on the camera... What you do get is the option to hang the strap over your shoulder grippy side up or down. For swinging the camera into action grippy side up is best. Does away with the need for those 'rapid' straps that hang the camera upside down and make you look like a divvy.

Trying to practice what I preach I now have my lightweight, cheap, fixed focal length lenses sorted out. Not for me the stupidly expensive and needlessly wide apertured choices (I have no desire to go for that super-shallow depth of field look - which demands the sharpest of lenses for some reason), the cheaper not quite so wide-apertured versions do for me. They're sharp enough and I always stop them down. With the amazing high ISO performance of modern cameras in low light there's no need to shoot wide open like I used to do with HP5 in a dimly lit room.

Two of the heavy zooms are likely to go. One definitely has shot its last frame for me. It's 'amateur' replacement is more fun to use and very nearly as sharp. A bit of a problem in low light, but that's what the non-zooms are for. The mid range zoom is on borrowed time, only because the used copy of its replacement I received today was faulty. It worked, but wouldn't zoom out all the way. I could have lived with the missing 5mm but had the feeling the problem was caused by something loose inside the lens - a recipe for future disaster. Still, the few frames I did shoot with the lens (including the canal boats above) convinced me to look for another copy. It's as light as a feather and very compact. Good enough is fine by me. The fast telephoto will be staying. Hanging off a shoulder rather than round my neck I hardly notice it, and there's no cheaper option that would save me money,  weight and bulk. The macro lens will be finding a new home too. I just don't have enough need for it. The close-up work I do can be accomplished quite well enough with the kit lens on my fishing camera, with the addition of  a close-up lens if I need to get closer still. If I was perfectly honest, I could manage with just the 28, 50 and 85 - which almost gets me back where I started in 1980 as I've mentioned before.

It's a funny thing, but what started me on this rationalisation process was being a bit nerdy and checking the EXIF data on some photographs (by a professional photographer) I liked. I was surprised to discover that a lot of them were made with 'consumer' zooms. It shouldn't have been a surprise as somewhere on the web I'd watched footage of David Bailey using just such a lens. The lesson from both these cases being that a wide ranging zoom is just what you need in a situation where you are documenting what is going on in a tricky environment. Bailey was in a helicopter somewhere dusty photographing troops and the other chap was in a lifeboat. Two places where changing lenses wouldn't be a good idea, and even swapping cameras might get dodgy!

For some uses there's always the small sensor option. Kirk Tuck posted about a feature he shot for a magazine using a Sony up-market compact. For my ongoing tackle shop project I think I could manage with my compact set to shoot black and white jpegs if today's trial is anything to go by. 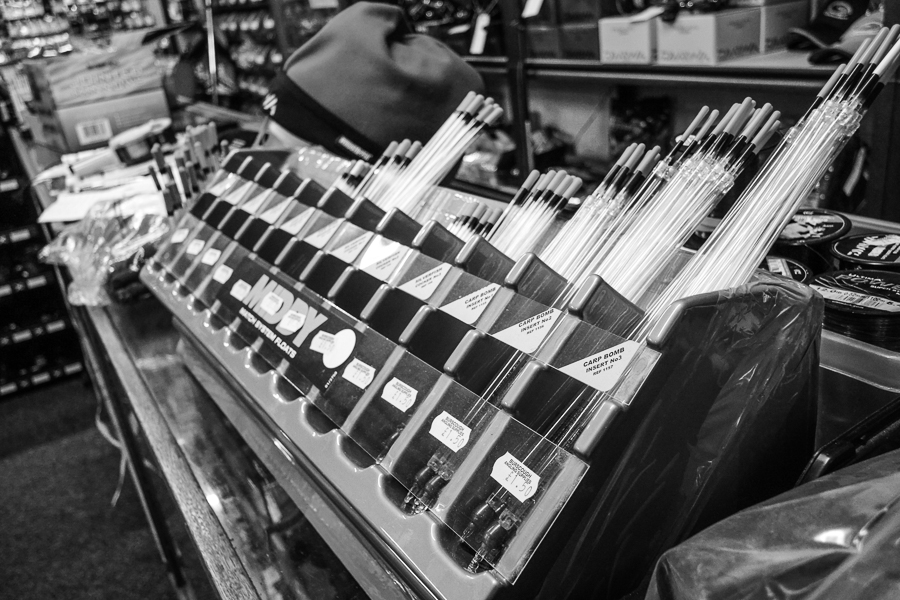 I was pleasantly surprised how decent the files were. They're never going to be used at anything above A3, mostly A4 or smaller. I'll be trying that out again. In any case, a bit of noise/grain never looks out of place in black and white. Today's lesson being to use the most appropriate gear - not the overall technically best.

The yin to Kirk Tuck's yang is some otherwise good pictures shot on medium format digital and processed to look like a twelve year old had produced them. It's not cricket to slag other people's work off, but all the gear and no idea was what sprang to my mind when I saw this lot on the BBC website. Is that really selective colour? Was the saturation slider stuck at max? Whatever you do, do NOT Google the photographer and find his website. Not unless you want your eyes to bleed! It's a shame, because the underlying pictures are okay. It's just those colours remind me of the dying words of Kurtz  in The Heart of Darkness; "The horror! The horror!"

I feel better for getting that lot off my chest.