Slow on the uptake 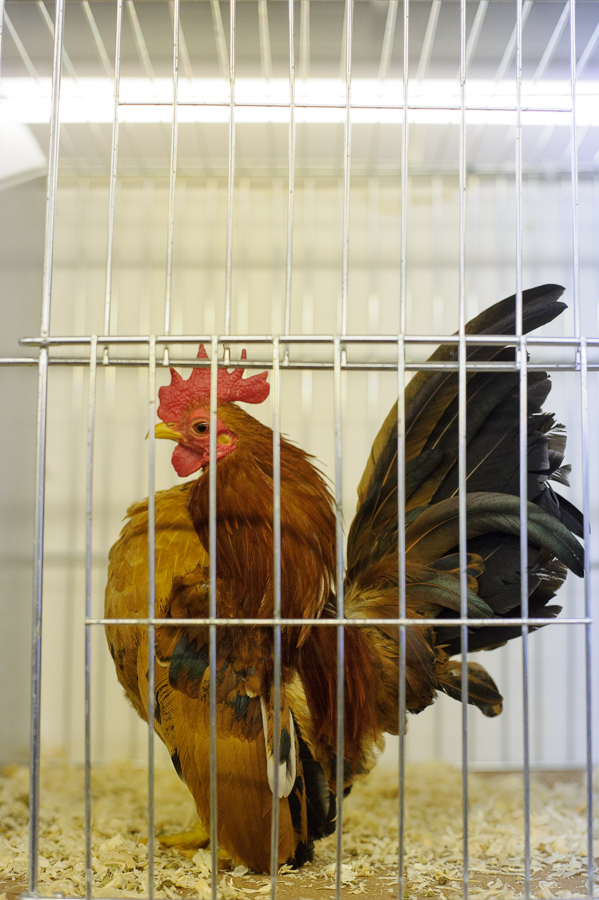 When I've been to the poultry shows I'd been plagued by variations in white balance. I'd put this down to a combination of light sources in the shed. Yesterday there was another show and early one I noticed some pictures which had two colour casts as bands over the frame (see right). It wasn't until I was sat having a mug of tea that I remembered reading on 'that forum' about the cycling of fluorescent tubes causing such issues. Why hadn't I made the association earlier? D'oh!

Shooting in low light without flash my usual procedure is to set the shutter speed and aperture manually, letting the camera set the ISO. As a rule I use 1/125th of a second as my starting point and vary the aperture as I go along. Occasionally I'll nudge the shutter speed around. For chickens faster is better as they are twitchy creatures.

Unable to recall the shutter speed I needed to select I scrolled through the pics on the back of the camera looking to see which speeds were causing the problem. Anything  at1/125th was affected to varying degrees, anything at 1/00th or lower was fine. Reset the shutter speed and back in the shed. Problem solved.

There's a saying that dogs and owners grow to look like each other. I'm not sure if it's the same with chickens, but both the owners and the fowl have character. I wouldn't want to argue with this cockerel! 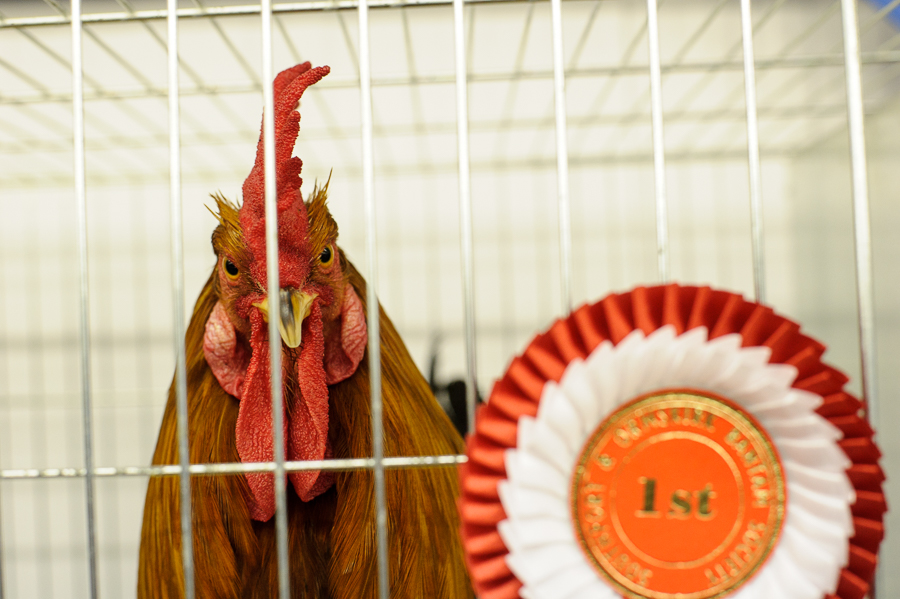 It's a funny thing, but when you revisit places or events two contradictory effects are at play with finding pictures. After a while familiarity kicks in and you start to repeat pictures. Not altogether a bad thing as you are constantly looking for better and better versions of the same picture. On the other had the more times you go to an event the greater the chances of something unusual happening. This came together for me with the frame below that combined a bantam with it's head out of the cage (seen before) with a background bird and a unifying yellow theme (birds and rosette) in a reasonably gestural composition. 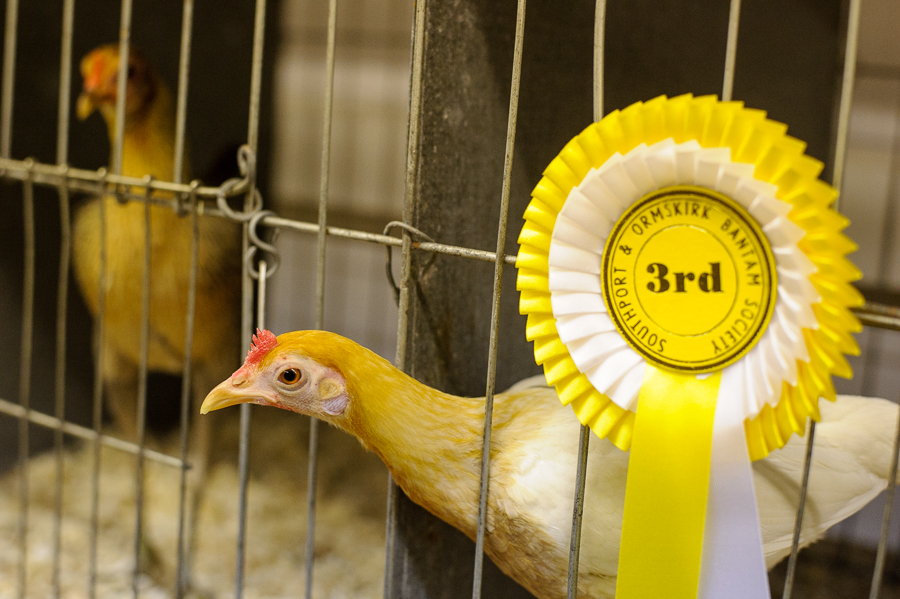 I tried to make more people pictures than in previous visits. It's a difficult venue because the aisles are narrow and most of the time people are looking at cages. I also managed to bugger up the two potentially best people pics by missing focus through incompetence. This being one. Oh well. 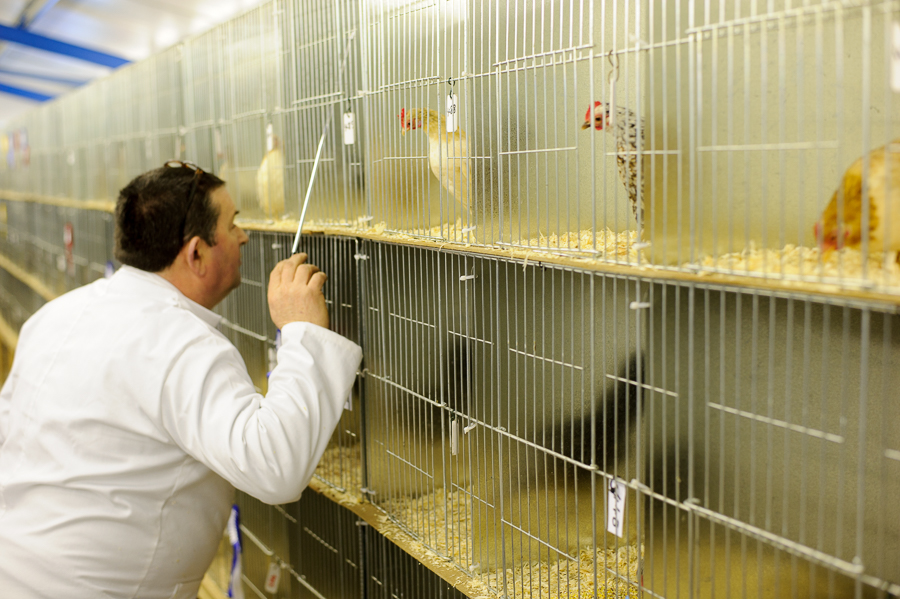 I did 'nail focus' on one I liked. The chicken on the apron is a neat little detail. 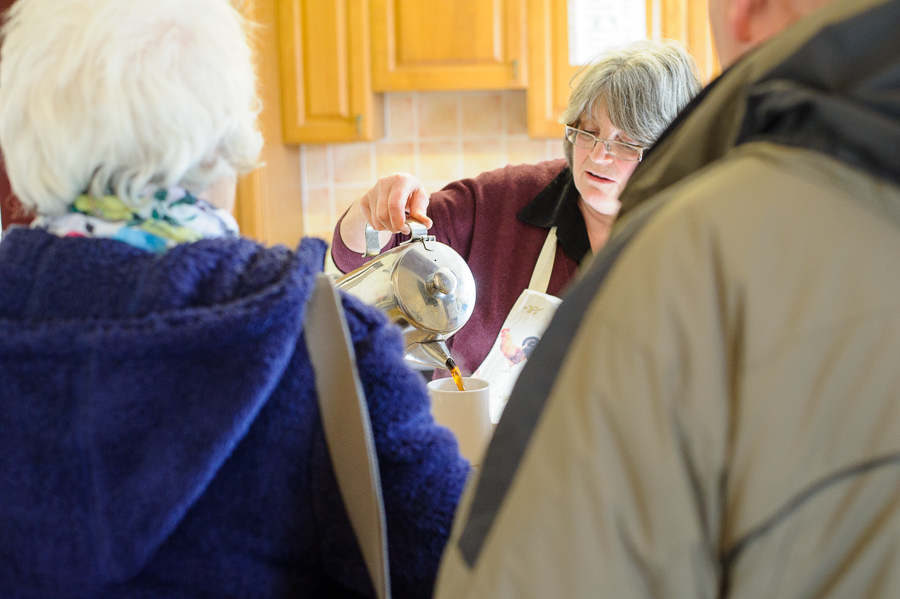 With a bit of luck I'll learn from my mistakes. A pity I always learn long after the event...