Photographing the mundane, the everyday things we take for granted, can seem inconsequential. yet even if the photographs aren't 'good' they can, given time, become documents. Despite passing the same spot each time I go to the beach I'd forgotten that I had photographed a hut which is no longer there. So I took another photograph of where it used to be. When it was removed, I don't know as is the way with such things. 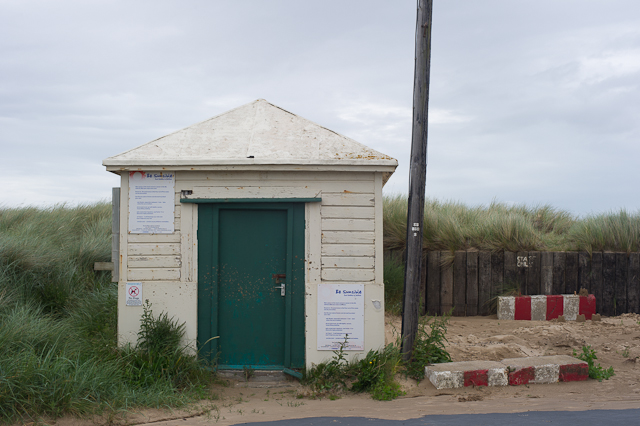 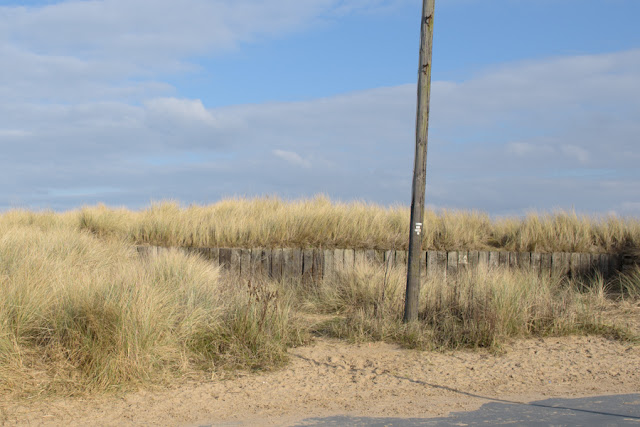 Today was my only chance this weekend to spend some time on the beach project, but the bitter north easterly wind was hard to bear, and was keeping most other beach users in doors by the look of the place. 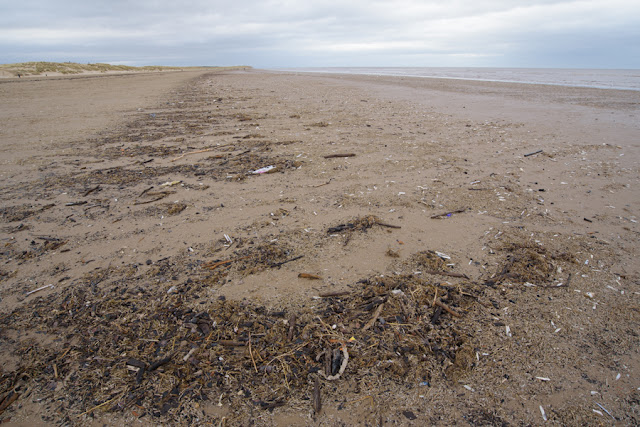 I was half expecting the beach to be empty and had gone prepared to try and photograph the incoming tide. The cold must have frozen my brain because I couldn't think of any way to do it that was vaguely interesting. That, and the lure of lunch, drove me back to the car. Heading home I noticed something in the water off the seawall. Pulling in at a handy parking spot I saw it was the lifeboat. Back in the car and I managed to get parked up in time to photograph the lifeboat's return to dry land.

Had there not been a problem with the tractor which needed sorting out on the spot I would have asked if I could take some more formal photos, but with the situation as it was I thought better of it and settled for grabbing a few snaps, but still trying to give an idea of the location by including the pier and a sculpture thing familiar to locals. 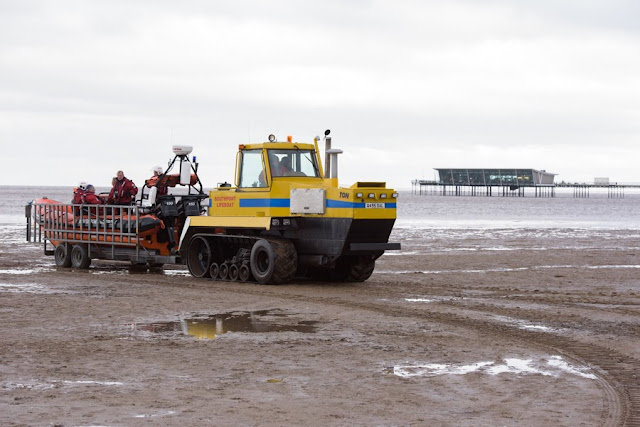 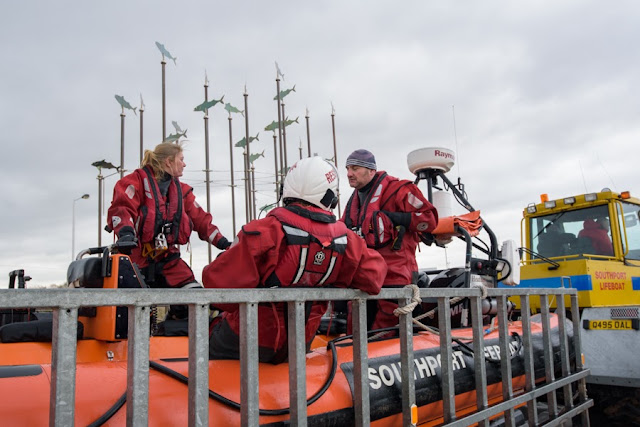 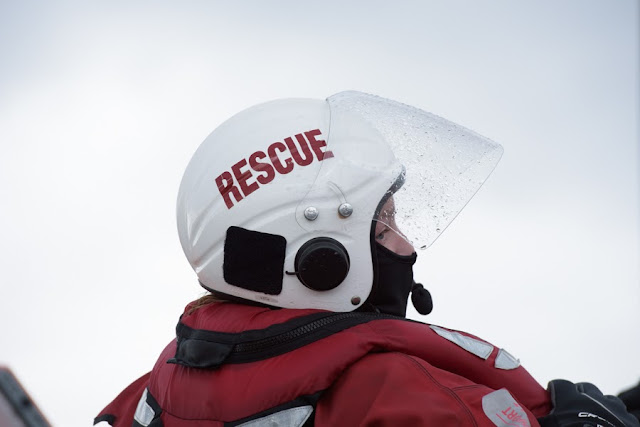 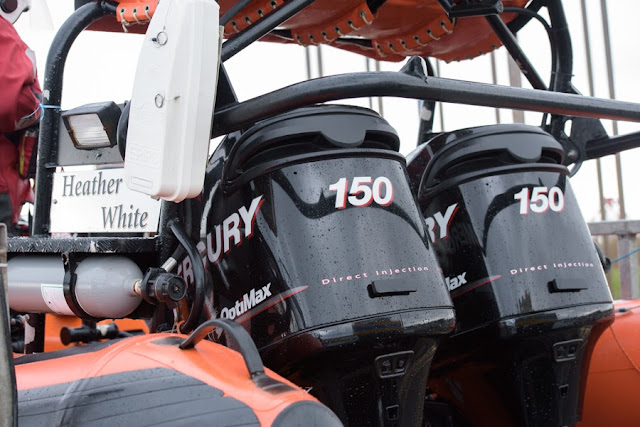 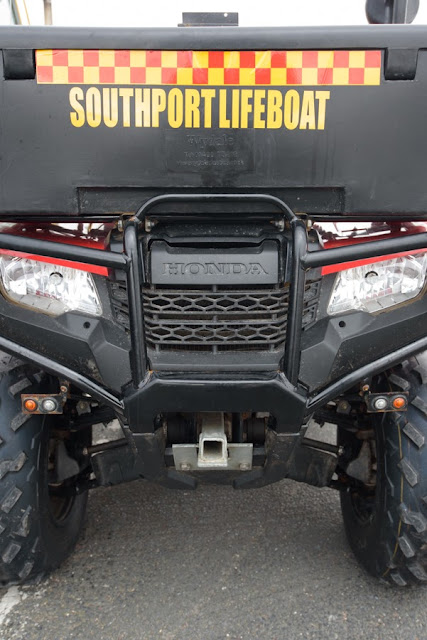 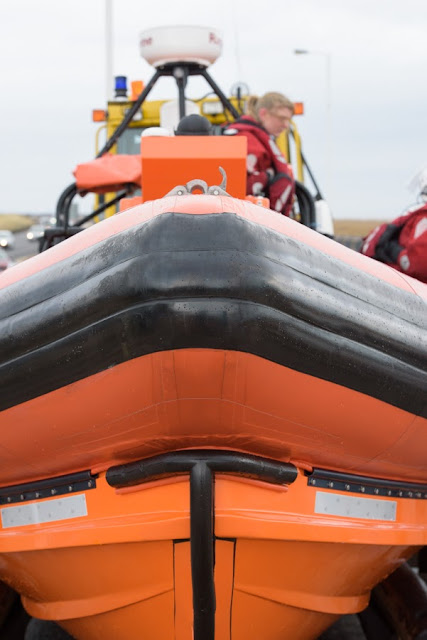 Gearwise I'm still undecided how best to go about these beach photographs. The two lenses I had with me today worked well enough. I'm not sure if it was any better than one lens solution. Maybe I'll stick with it for a couple more sessions. Or I might get lazy and revert to type!