Looking through magazines and websites devoted to landscape photography depresses me. There is all too often this idealised concept of wilderness. Land devoid of people, and often animals, and certainly no hint of anything man-made must intrude. Then there's the light, always golden or blue. And the processing with everything turned up to eleven. It's no wonder I find it difficult to make landscape pictures in that sort of vein.

As work was done and the sun had an hour or so to continue shining it was the marsh I headed to rather than the beach. I much prefer the beach when it is bright but overcast. I was hoping to get some sheepscapes. Even before I got to the marsh proper I saw some sheep close to the road. Not for the first time, but today they chose not to flee when I stepped out of the car. Even so it was those further away which presented a more interesting prospect. 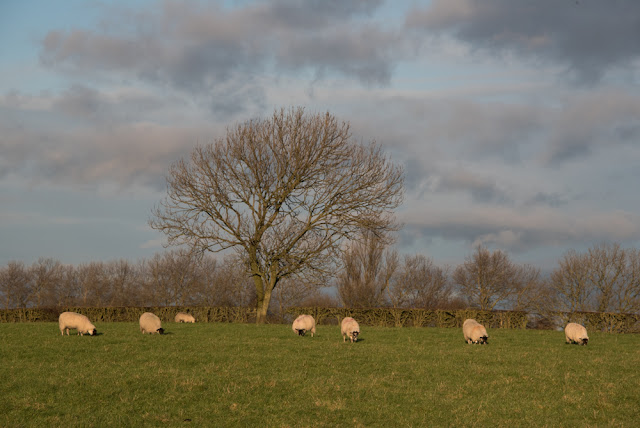 One thing about the land round here is that it's not traditional sheep country. Or at least not that of the hill farming which gets romanticised. The photograph above was made in an attempt to depict winter grazing. The one below to show the marsh and how the landscape is used. The floodbank retains the tides. Without it the sea could encroach to teh natural rise in the land where the first photograph was taken. The pylons might be considered to intrude but they can't be ignored. 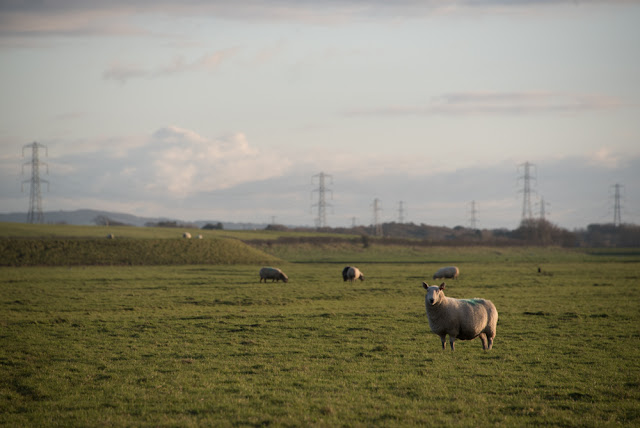 Looking in another direction I did deliberately choose a viewpoint which eliminated the structures on the far side of the estuary. Not because they stop the scene appearing as  natural and unspoiled, but because they create a visual backstop and limit the sense of space in a picture. I think it's important to include the pools and gutters on the marsh in the photographs. Not only to make it clear what the environment is like, but to differentiate it from the more usual notion of sheep country. 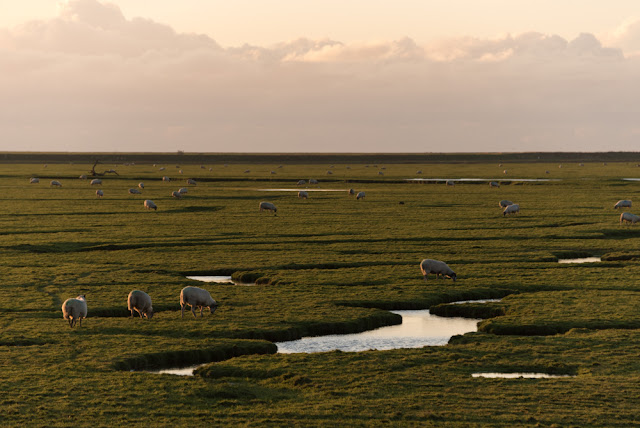 By varying exposures the feeling of time of day can be manipulated. A camera's light meter always tries to make scenes have the same brightness no matter what the light is like. What the meter calls underexposed can actually look more like a scene appears to our eyes. Modern cameras are too good at recording detail in low light at times! 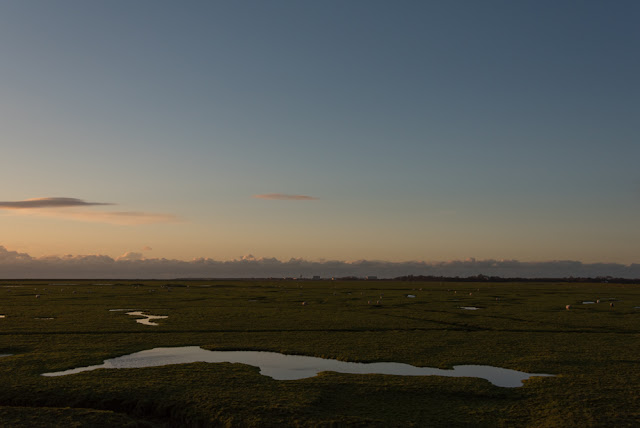 It's widely accepted among those who know sheep that the creatures have one big ambition. To die! A vet I am acquainted with once said that sheep are always finding new ways to shuffle off this mortal coil. Whenever I find the remains of a sheep I take a photo or two. Even in the relatively soft surroundings of a west coast marsh it can be a tough life for sheep. 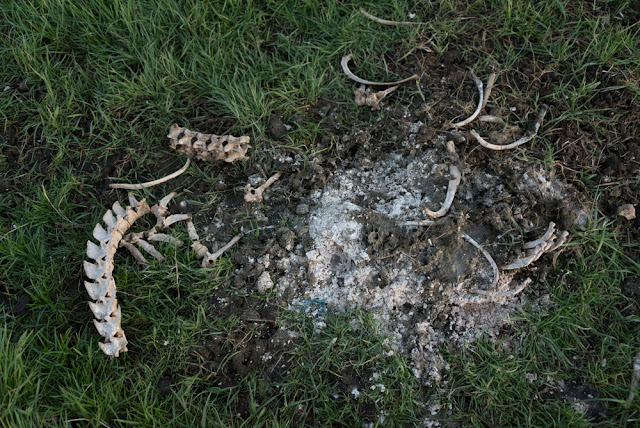