I was looking at an on-line documentary project the other day and happened to notice what gear was used. The same 'toy' camera I have. Then a few days later I saw some photos in photo magazine a friend lent me taken with the same brand of camera. That made me determined to give my toy another try out. So off I trotted only to be stumped by problem number one. I can't get it to nail focus quickly. Number two it's supposedly ace image stabilisation fails for me. Number three the battery died unexpectedly. It was showing plenty of charge when I went out but it was lying.

Sure it can make nice looking pictures. Just as pretty much any camera can. So what you use boils down to what you find easiest to use. What you can use without thinking. maybe if all I used was the toy I'd get to that state of oneness with the thing. But it has one insurmountable problem for me. The electronic viewfinder. I have no problem with it as a viewfinder. I just don't want it to show pictures on review. The whole experience is just too frustrating. And to be honest the weight saving isn't that noticeable. I would like a smaller, less obtrusive camera though. Mainly so I don't get mistaken for a professional and asked which publication I'm working for!

The wt weather which blighted this summer continues. Yesterday I went for a look round and took some more pictures to add to my files of flooded fields and overflowing ditches. Back home I looked through all of the pictures I have labelled up. There might be scope to pull a selection together on the theme of 'Waterlogged'. 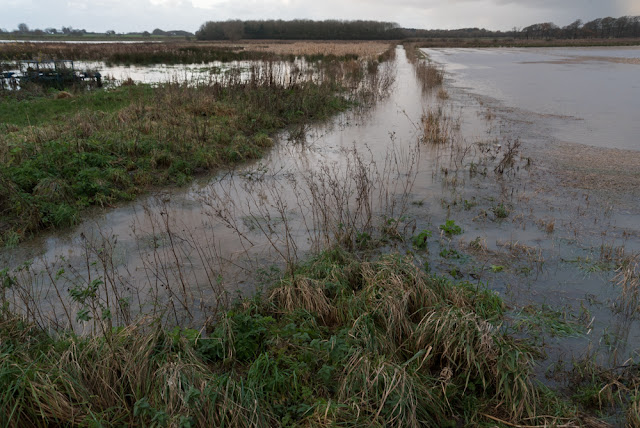 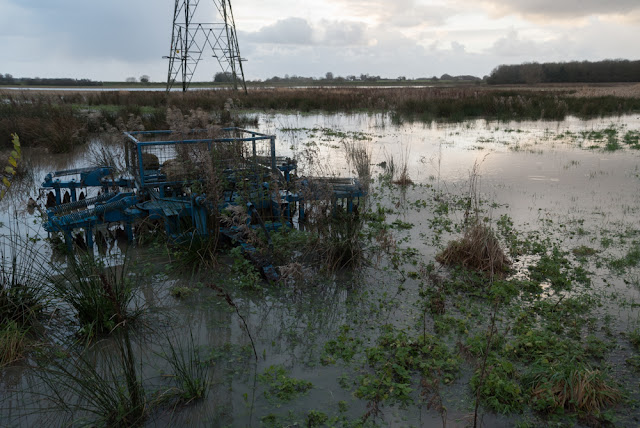 Sunday morning was wet again. Showers rolling in at regular intervals. After lunch it seemed like there might be a dry spell coming towards sunset so I went to the seaside. The sun was shining through the breaks in the clouds rapidly blowing in from the west. It's almost impossible to not make one or two pretty pictures when the weather is like that. I'm sure I could find dozens of similar pictures in my archive to those I took today. 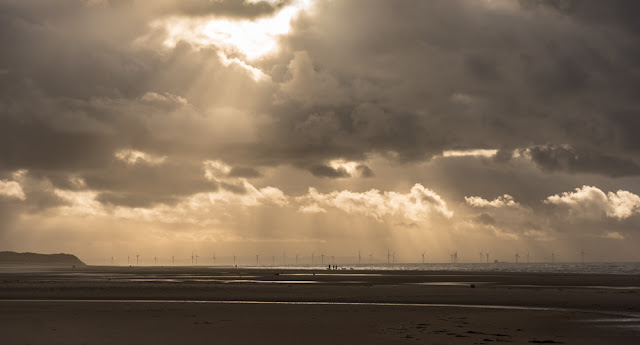 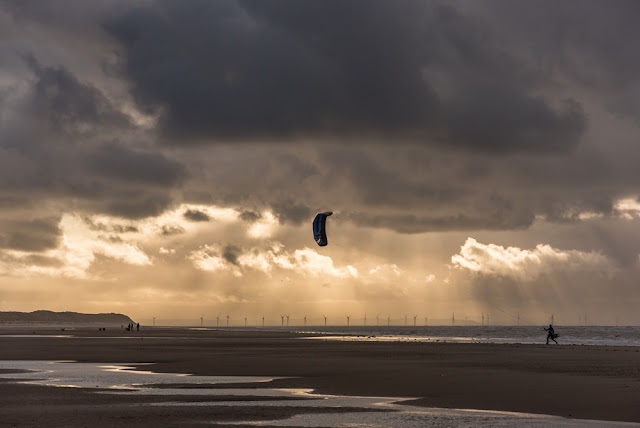 What I didn't realise until I got the pics on the computer was that after the first few shots of the day a dust spot had arrived in the bottom left of the frame. So I had to crop it out of the frames I couldn't clone it out of. Annoying.

Also annoying was not putting my usual do-it-all lens on the camera. When the broken rainbow appeared for a short while behind where a kitesurfer was jumping I couldn't zoom in as much as I would have liked to. Again I had to resort to cropping on the computer. However, I was pleased to see that at 100% the cheap old lens had focused accurately and reasonably sharply too.

All today's pictures have been tweaked more than I usually do for my 'documentary' pictures. Landscape has that effect on me. Maybe it's because the subject isn't all that interesting and I feel the need to make the light the subject? Or maybe I'm trying to make silk purses out of sows' ears? 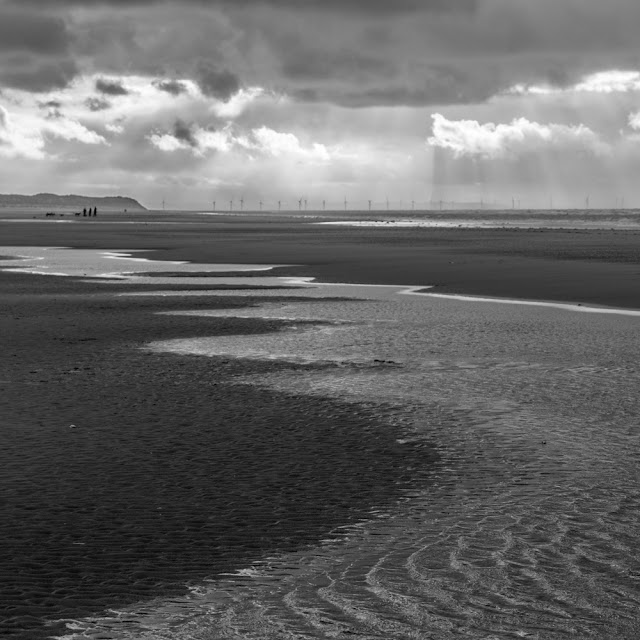