I wish I could stop being so indecisive. I spend far too much time thinking about what to do and not enough time doing something. At least I have my work head on at the moment and manage to get that out of the way early. It's when I have the first brew of the day the dithering starts and before I know it lunchtime has arrived and, at this time of year, most of the day is gone. That was how today was going until I had an early lunch and headed out with no real plan other than to try to get more used to the new camera. Despite a wrong turn I ended up in sheep country again.

Although I was hedging my bets by putting a real camera and zoom lens in my bag I started off with the fixed lens camera. It is a fun thing to use. It's almost silent to. A lot of people bang on about how using a fixed lens makes you think more about how you frame shots, and it's true. It's also true that you get tuned in to how the lens will frame things. Sometimes, though, even when you know what you want or are going to get there are times when a fixed lens can be dangerous. Such as when you would have to stand in the middle of a road! A zoom is a lot safer in that situation. 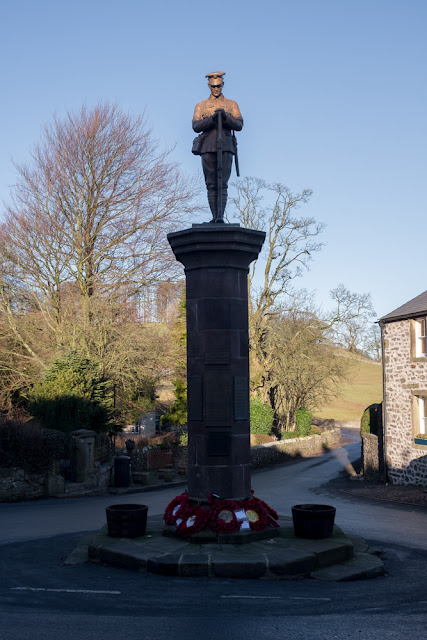 I know I don't think photography's all about the light, but sometimes the light is what a photograph is about. Seeing the sun illuminating just the head and shoulders of the figure on the war memorial I wanted to get a shot. To make it a picture I had to position myself so the pillar hid a 'road works ahead' sign, and a parked car. If I'd been using a zoom it would have been easier to get the memorial central. As it was I cropped on the computer.

Even though the sensor isn't full frame it does have a good dynamic range and I've been surprised how malleable the files are. I used this to advantage in both the above and below pictures. 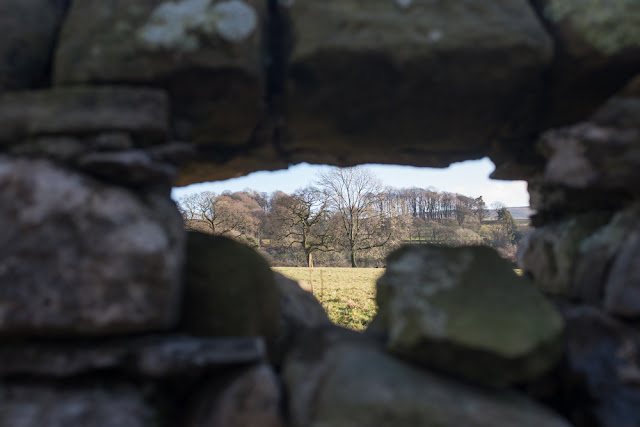 Framing a view through something is a bit of a cheap trick. But t works. A pity the view wasn't more interesting...

I might have given up on the eggs for sale sign project, but I'm still tempted when I see one that is a little different. This time the camera let me down a little. Or maybe I haven't got used to it quite yet. I was sure I'd focused on the sign, but looking closely it appears focus is on the wall and window behind. I'll have to do some tests to see if this was user error (most likely) or a quirk. 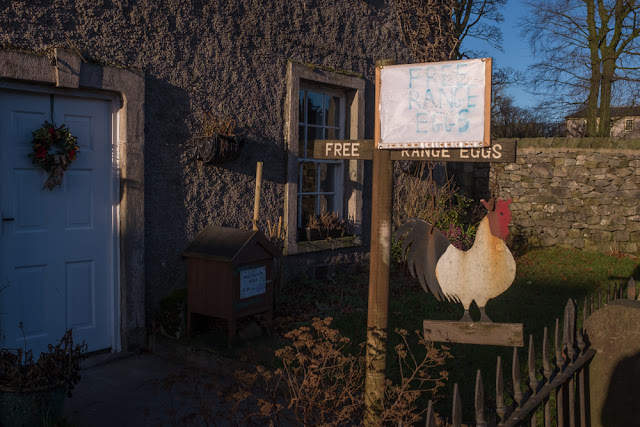 While sheep arr occupying my photographic thoughts these days I'd forgotten how much easier cattle are as subjects. Unlike sheep they don't leg it when you approach them. Quite the opposite. They are inquisitive beasts and will approach you. Like most animals they can make interesting and photogenic shapes. Not that this picture is anything more than a snap. It was another experiment to see how the camera handles contrasty subjects. 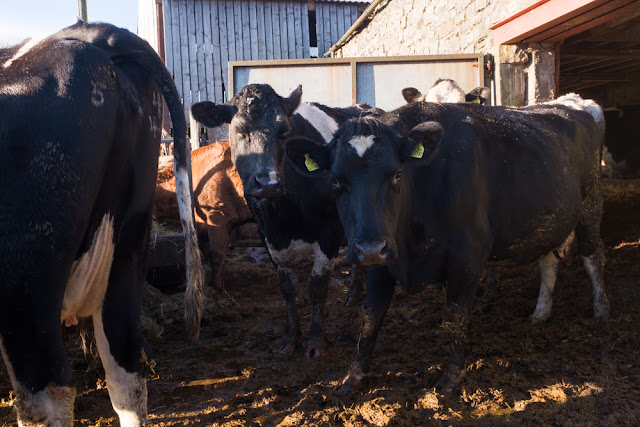 When I saw the moon rising behind a clump of bare trees I was immediately reminded of Paul Nash paintings. For once I exercised some patience and hung around waiting for the moon to move into a position which pleased me, and for the light to change. I also deliberately framed with the intention of making a square picture as a nod to Fay Godwin. By now I had switched cameras as the short, fixed lens wasn't going to get me anything like what I wanted, and I stuck with it for the rest of my walk. If the sheep had been better organised it might have made a decent picture. As it stands it's yet another nice idea but not quite. Even converting to black and white wouldn't save it. 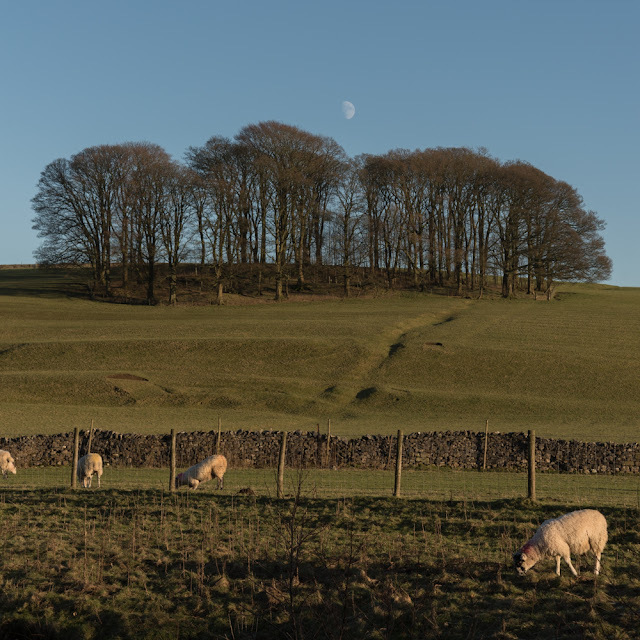 Sometimes photographs don't have to be anything more than snaps. Sometimes what is in them is enough. It's not every day a sheep sticks its head out from behind a gravestone. 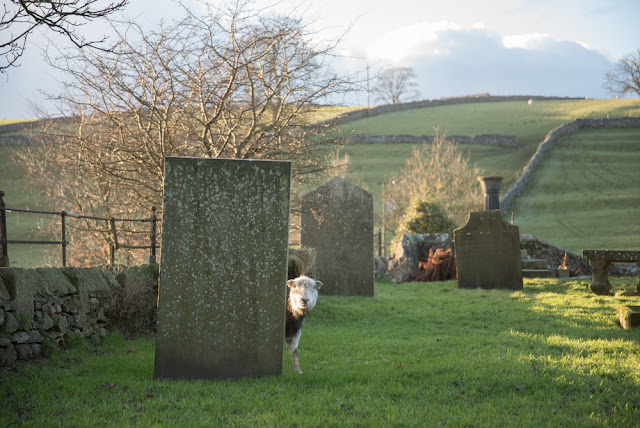 Quite a few photographers admit that one reason they take photographs is because it allows them to be nosey. I'm nosey. If there's a wall I want to look over it. So when I did just that and saw some cans of sheep marker spray (Who would imagine such a thing existed?), laying where they were last used along with some ear tags, it was a scene that had to be photographed. casual though it is I think it's one of my more interesting sheep related pictures. But then, I am a bit odd that way. 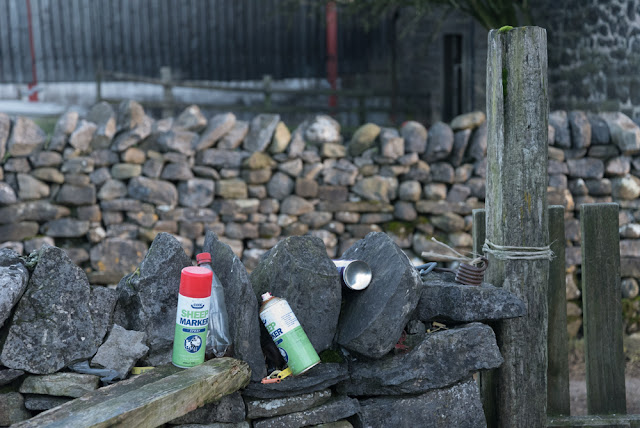