One benefit of living on a coastal plain is that the far off hills are visible on a clear day. with a short afternoon to spare and reports of snow on high ground I thought there might be some away from the coast. There was none to be seen on the moors to the east, but some on the more distant fells. A run out for a look would be better than waiting for glue to dry!

By the time I was  in the area where snow had fallen much of it had melted on the lower ground, but rising up it was noticeably colder and the ground, if not the roads, were still white. But what to photograph? A few record landscapes were taken but it soon became obvious that sheep were about and close to the roads. 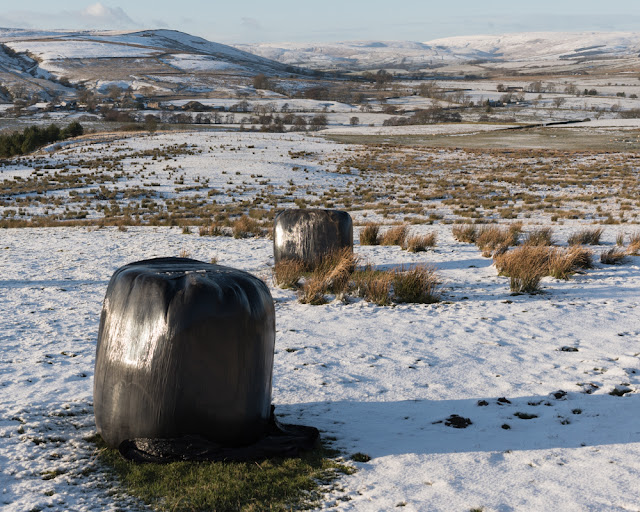 In my haste to get out I'd grabbed the wrong lens. So it was lucky when some roadside sheep mistook me for someone with a sack of feed and came walking over when I parked up. 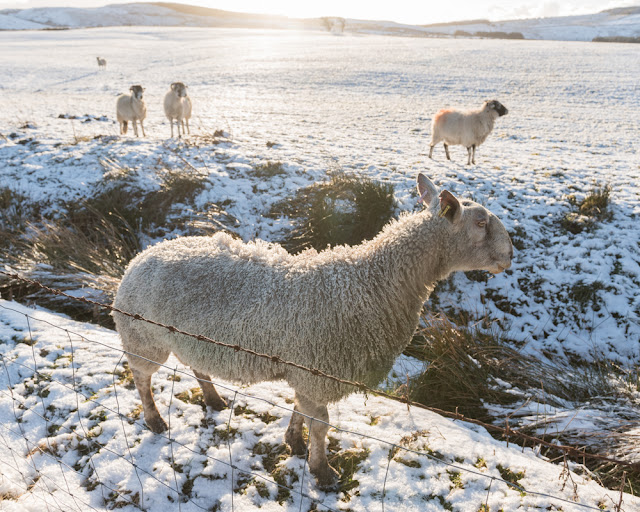 I don't know why, but I often find myself shooting into the sun. Sometimes it's a deliberate choice because the effects can be atmospheric, equally often it seems to be forced on me. I really wanted the sheep to be front or side lit, but it wasn't to be. They wouldn't get in position for me... So I had to make do with back lighting and a fence in the way. Not to worry, it's not a 'serious' photograph.

None of what I did was serious. I didn't have much time and had taken a different route for a look round anyway. I did spot a pleasing view as I descended a hill. So pleasing I parked at the bottom of it and walked back up. Typically the light had changed and the view was less appealing when I got to my intended viewpoint. I did see a hogg hole though. While not being a project as such I think I'll start photographing these features, and processing them in the same black and white way, until I get fed up of them. 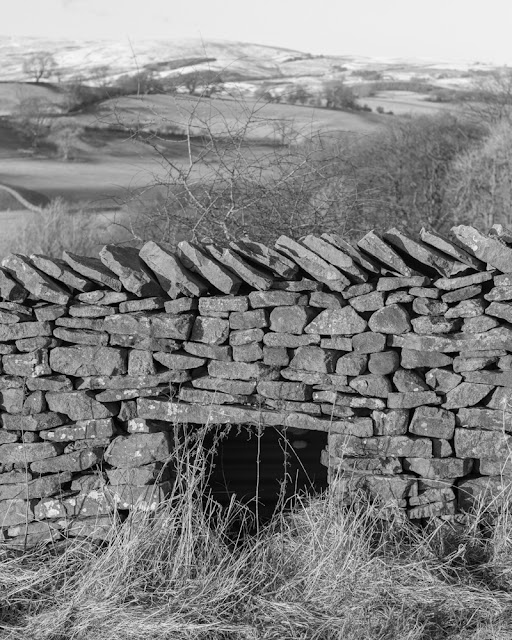 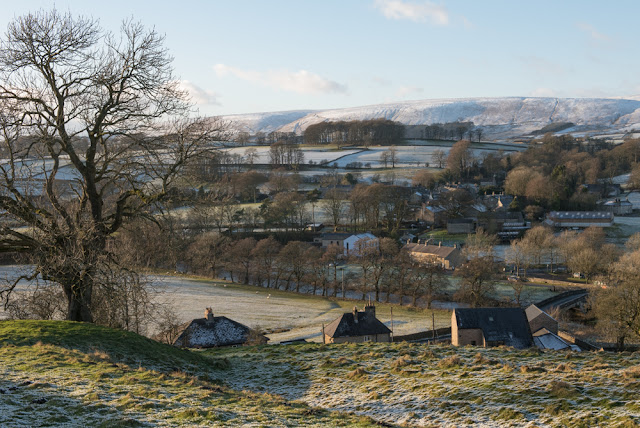 Once again I found myself driving in the direction of home blinded by the sun. Passing through a deserted Slaidburn a lone sheep wandered out of a driveway fifty yards or so ahead of me and ambled along. I was expecting a flock to follow and slowed down, but that didn't happen. I followed the ewe slowly until it paused briefly before leisurely strolling into a yard. 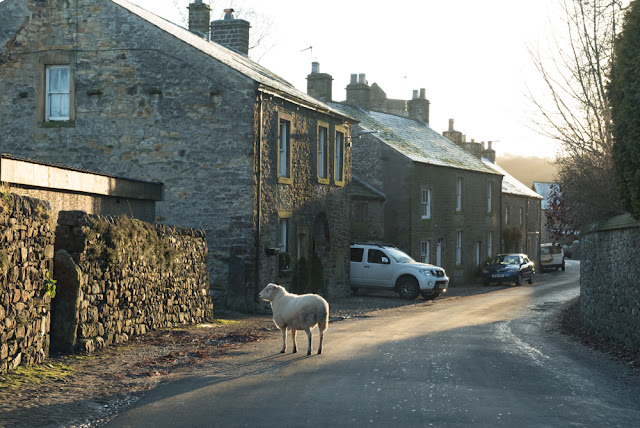 Photographically not a very productive short trip, but interesting with food for thought. One thing is for sure. If there is heavy snow I'll not be venturing along any of those roads until they've been well cleared!