A trip to town yesterday to visit the bank saw me forgetting change for the car park. That meant that I had to park in far away street, but had no time limit. As I'd taken a camera with me, fitted with the old 'rubbish' 35mm lens I had a wander after I'd been to the bank. It being a cold and miserable day with a high wind chill factor there weren't many other fools on the pier or beach.

However, there were things to be photographed. In the spirit of making a record rather than good photographs I snapped the demolition of one of the shelters on the pier. I still tried to make an interesting picture. 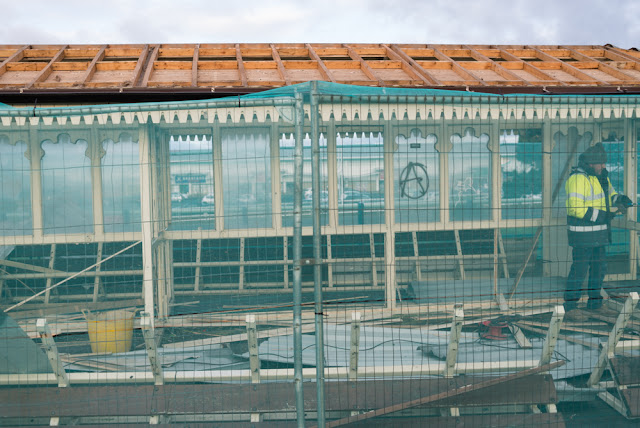 Elsewhere the pitch and putt enterprise is open to offers. Not easy to make that look interesting. 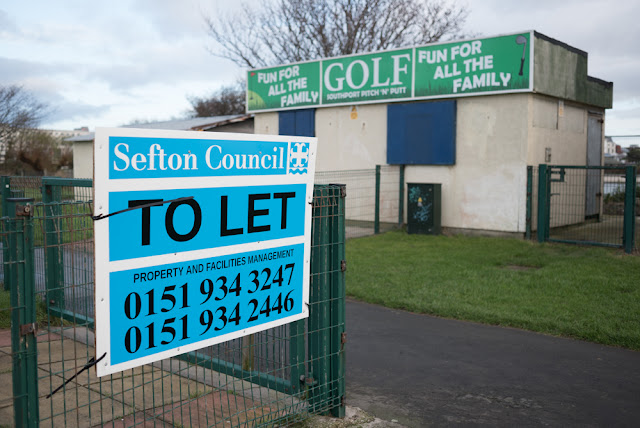 No doubt the rose tinted spectacle wearers would accuse me of making the town look down at heel. Well guess what? It is!

With some free time from my pre-Christmass workathon I snuck out this afternoon. It was a toss up between the beach and the marsh. The marsh won and I was rewarded with some reasonably approachable sheep.  This pair was distracted so I was able to get a profile shot of them. Just a bit of practice really. I can't imagine the picture being of much use to me. 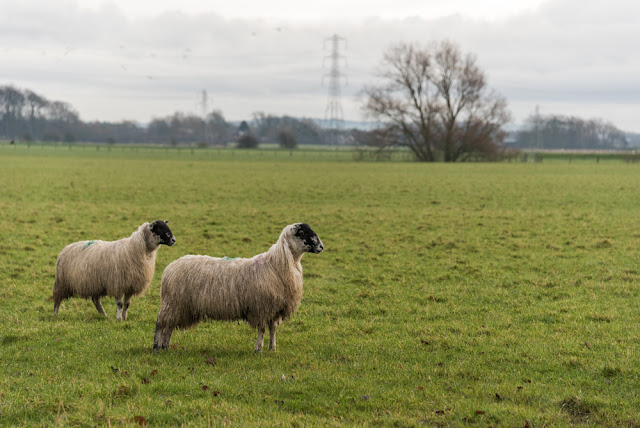 Nearing the floodbank I saw a potential picture, but the sheep spotted me from a far, and there was no way to get the angle on them I really wanted anyway. So it was a case of a near miss. I needed to be closer to alter the angle of view in order to eliminate the treetops in the background. As I got closer the sheep wander away down the other side of the bank. 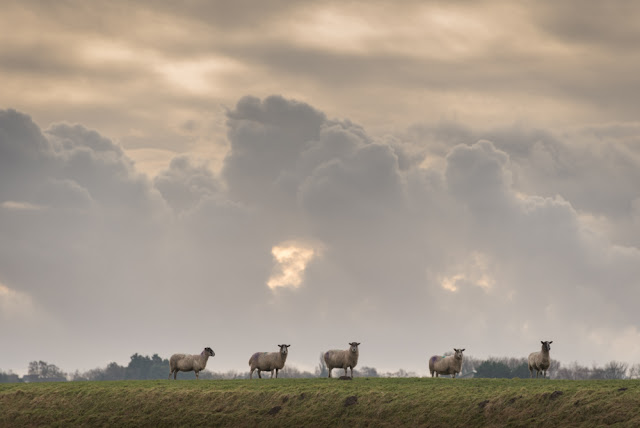 Something I'd like to make a decent picture of is the tracks sheep make on the land. In places they are worn deep from decades or more of pointy hooves repeatedly following the same path. It'll need a combination of viewpoint and light to make it work. The picture below had a decent viewpoint, but that's about all. 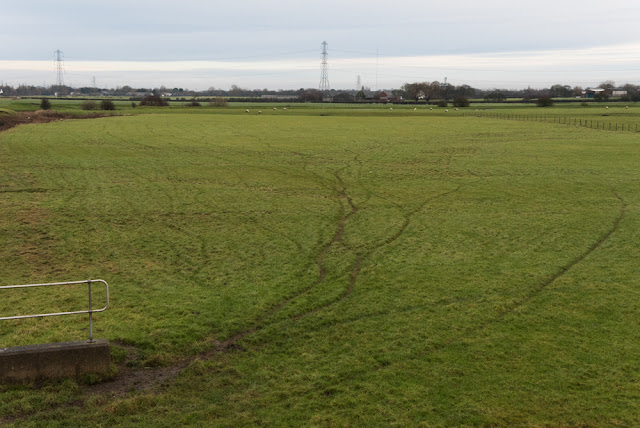 One bad thing about digital is the way it renders the sun. Film has a more subtle transition from darker tones to very bright tomes than digital. So shooting directly into the sun, with it in the frame even slightly diffused never makes the picture look the way it did to the eye. The best you can hope to do is underexpose while trying to retain some detail in the shadows. Unless the intention is a pure silhouette. The way marker in the picture below caught my eye as it resembled a cross. With the light as it was there was a biblical feel to the scene. Not that I'm a believer, but a cross is a powerful image. Which is why religions adopt it in various guises. 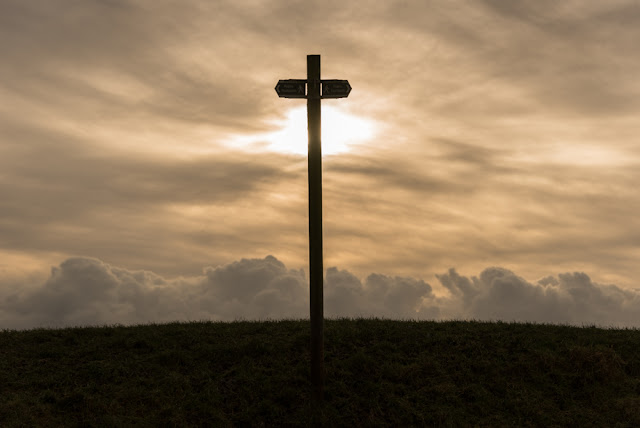