Relying on the weather forecasts is not the best way to plan photographic outings. Mind you, looking out at the weather and guessing what it'll do isn't reliable either. A frosty dawn with a clearing sky seen through the window and a forecast of sunshine in the hills seemed ideal for a venture to the auction mart followed by a trip into the valley and/or the forest. Setting off it was looking promising with mist lit by a watery but bright sun. Nearing my first destination the mist thickened making the distant fells disappear along with the sun. Oh well.

The mart on sale day is a mix of the traditional and the modern. Moving sheep around the pens is something that has probably remained essentially the same since permanent marts were first built. The means by which the livestock is kept track of, on the other hand, is all done digitally these days. Laptops, tablets, electronically scanning of tags are the order of the day.

It being almost foggy outside the shed was even more dimly lit than usual, so I started off trying to make something of the light coming through the door. 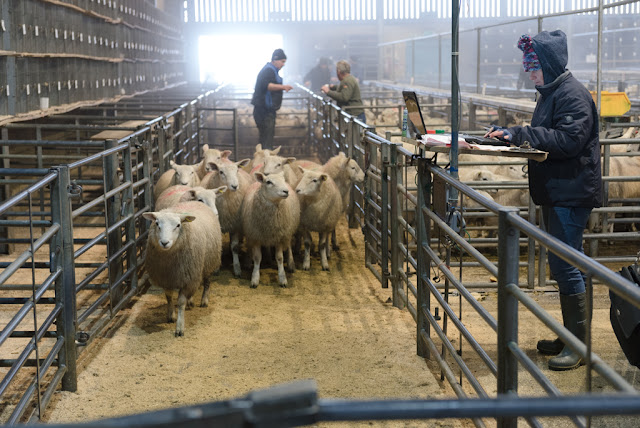 However, damp wool in near zero air leads to mist rising from the sheep creating an interesting visual effect. Not one that I found easy to convey. Switching from the standard zoom to the superzoom for the compression it afforded helped exaggerate the mist. That the lens forced the ISO value upwards was not a big deal as any loss of detail would not be noticed as the misty air had a softening effect. I started shooting into the light, but then shot with it to heighten the effect. Neither really provided anything I was happy with as pictures. But I have a better idea how to approach a similar situation in future. Bright coming through the slats might have been nice. But you still need something as a subject to make a picture worth looking at - no matter how attractive or evocative the light is. 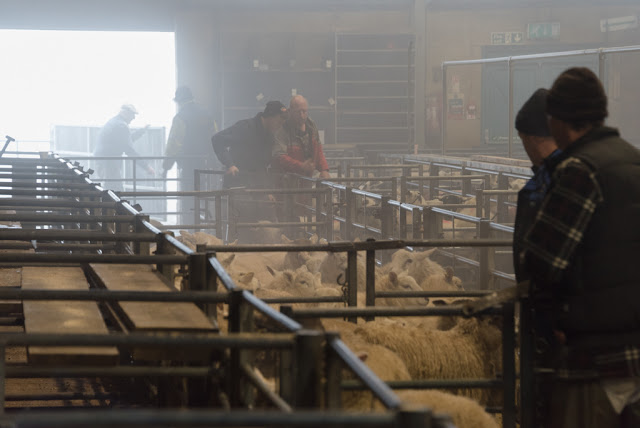 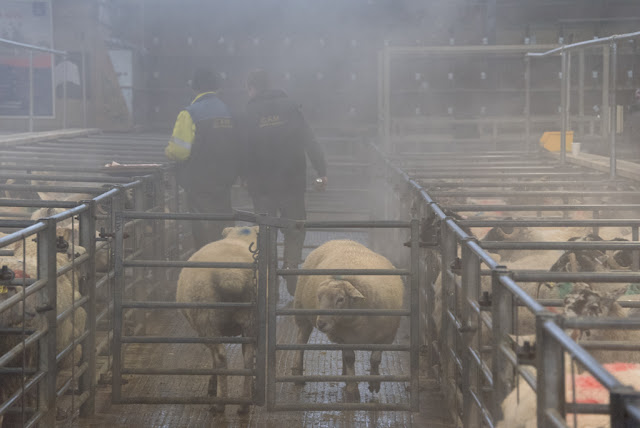 As the day slowly warmed the sheep stopped steaming and, hoping that the the sun might make a late break for freedom I headed to the valley. The mist had all but gone and the sun was still in hiding. Thinking that higher ground might provide a better chance of either sun or mist that was where I went next. Driving to the pass I saw a quad bike rounding up a flock of sheep and managed to find a pull in. By the time I had parked up and walked down the track I was just too late to grab any pictures.There wasn't much daylight left to go wandering so I jumped back in the car and carried on. 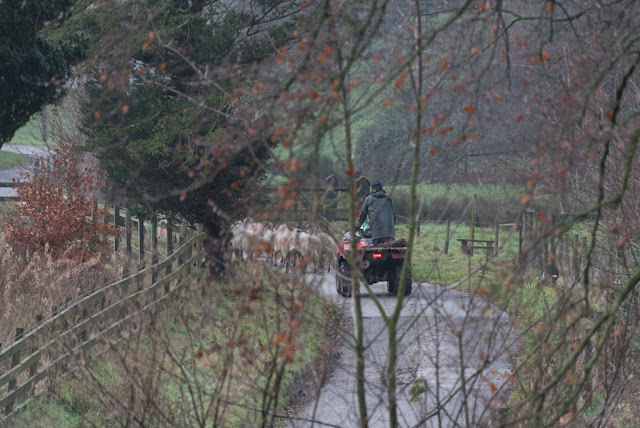 I got where I was intending to park and seek out some sheepscapes. Which path to take? Up the road or along the path? I chose the path. I'd just crossed a bridge when I heard another quad and saw it enter the field to my right. Retracing my steps I arrived back at the road in time to see the sheep being driven away from me. Just out of range for a decent picture. Twice in a few minutes I'd missed out on some potential pictures for the files. Oh well. 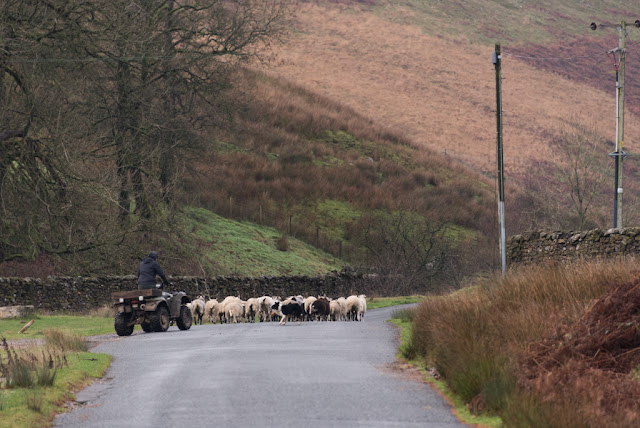 I carried on walking up the road, past the barn the sheep were now in, and found nothing worth of a photograph. I did take a few frames, but they are long gone now. Time to head for home.

The day was darkening and cooling, a gritter had sprayed me as I walked up the road earlier, and there was mist forming in the valleys and hollows. I stopped at one point - more in desperation than hope - where there was a hint of brightness. I managed to get some sheep in a couple of frames, but they weren't in teh right place. The result is a near miss rather than a success. I reminder of what might be possible at some point. It had been a  pleasurable but rather frustrating day or 'might have beens' 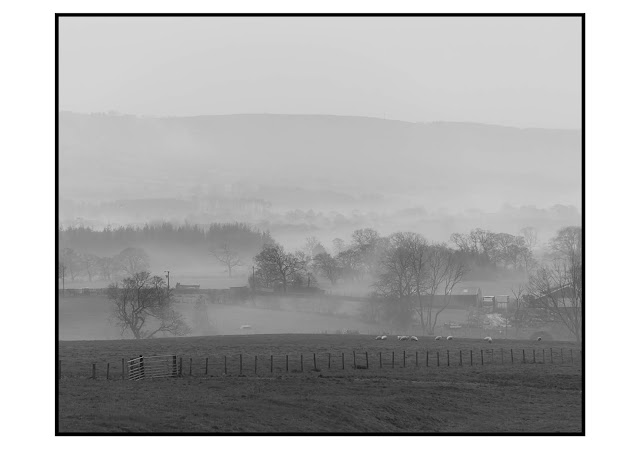