It's been a funny week. I've managed o resist embarking on a project or doing something for an existing one because the light hasn't been right. Usually this doesn't stop me, but one idea requires sunshine and the other tends to lack subjects when the sun doesn't shine. Instead I've been evaluating my gear with a view to jettisoning some more. No that I'm sure I reached a decision!

One afternoon I went for a walk to both look at somewhere local and see how it might work to go 'old school' with my gear selection. One body, two lenses just like 1981. This had been the original motivation behind the Fuji X100T acquisition. Trouble is the cameras are kind of frustrating, and there's something about the files that irks.

The walk proved little except that I coped. I still prefer a DSLR to anything else. Maybe because I have mine set up how it suits me and I'm used to it. It's not that I change settings all the time, but when I do I don't need to enter a menu. Push a button, spin a dial. Job done. One lens on the camera, the other in the bag and I'm sorted.

My route took me to an old church I've never photographed before, but one that does get photographed despite it not being particularly picturesque. As is par for the course the sun and blue sky which had inspired me to go out had turned to a grey overcast by the time I got to the church. Still, I could play around with finding viewpoints for a return visit. The purpose of the outing wasn't to take photos as such, more to see how the old school system worked.

Using just the 28mm was restricting in some ways, but made me think harder. I tried a lot of angles and thought I'd found some good ones. It's strange how one's perception of what works can change in the time it takes to get home and look at the pictures on a big screen. When I did that most of them looked awful, and the better ones were not as good as I'd previously imagined. 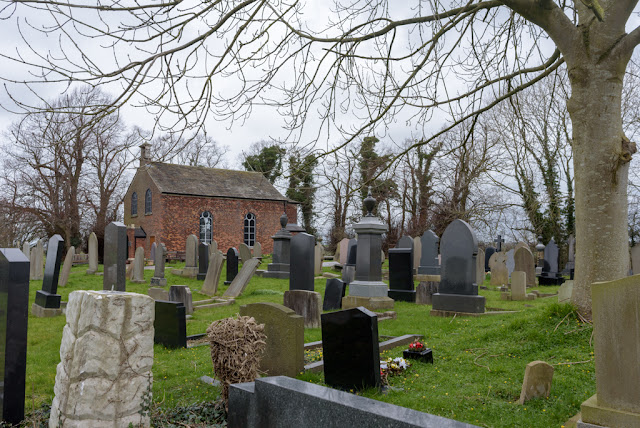 I was bored that evening so buggered about in Lightroom... 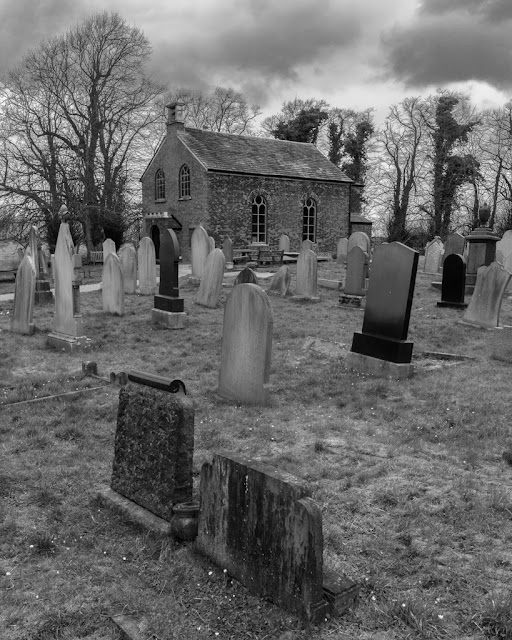 The visit to the church must have got me thinking because the following afternoon I headed in the other direction to another old church. This one I have photographed before. Again I was in testing mode. I wanted to compare three cameras using similar focal length, or equivalent, lenses. As it turned out I did my testing mostly looking over a gate at some sheep.

I was hoping to discover if there really was any difference in the look of the files from the three sensors. It turns out there is. It's subtle, and probably not to be noticed in printed images. But even without zooming right in on a big screen there is something. I know the wisdom is that the difference in depth of field between adjacent sensor sizes is either minimal or easily compensated for, but... There's more to it than that. The lenses make a difference, as do the sensor designs. 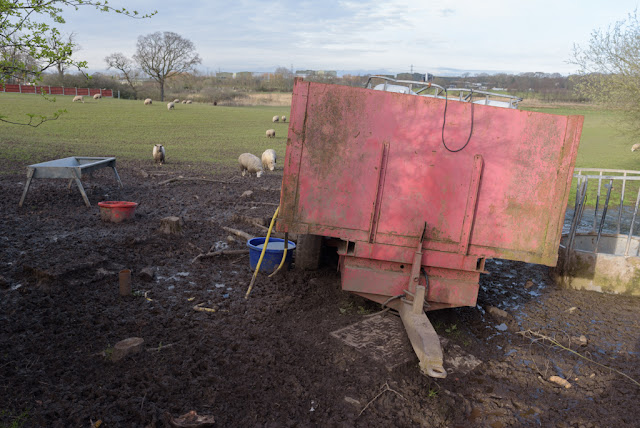 Having made my tests on the sheep I carried on to the church. Luckily the officious person who told me I couldn't take photos on a previous visit wasn't there to annoy me. Yet again the blue sky and fluffy clouds had merged into grey and I was stuck with a uniformly bland sky. This time I swapped between 28mm and 50mm. Trying the Fuji and the other camera (both at 28 equivalent) at times. One advantage of a small, non-DSLR, camera with a rear screen is that it can be held out in odd places for different angles without having to ed or kneel down. But that's no benefit if you don't like the pictures! I do like the pictures from the other camera, but its handling qualities let it down. I suppose I should stop trying to use every camera like a DSLR and embrace their quirks. 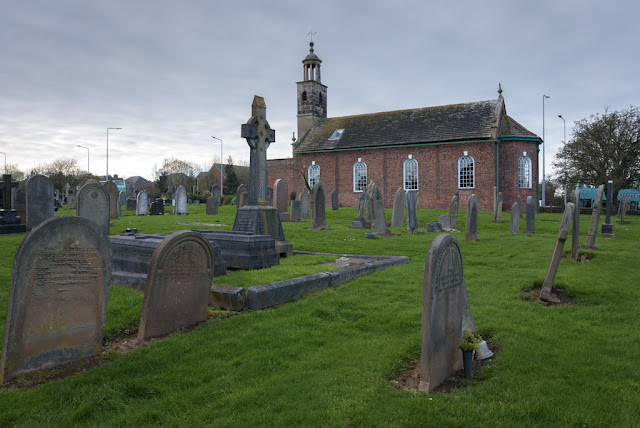 One problem at this church is it is right beside a main road, and a set of traffic lights. This not only puts the street lights in the picture, but traffic. If I was taking serious shots I'd either wait until there was no obvious vehicles in the picture, or take multiple shots and merge them to erase the vehicles. But I'm not that interested in taking serious shots of churches as architecture.

It's more interesting to try to take pictures which evoke the sense of place. I first photographed this particular memorial back in my film days. It's the most obvious one in the graveyard. I've photographed it more recently too. My approach was slightly different this time. Trying to get the church in the frame rather than concentrating on the angel.I don't think I quite got the angle right. 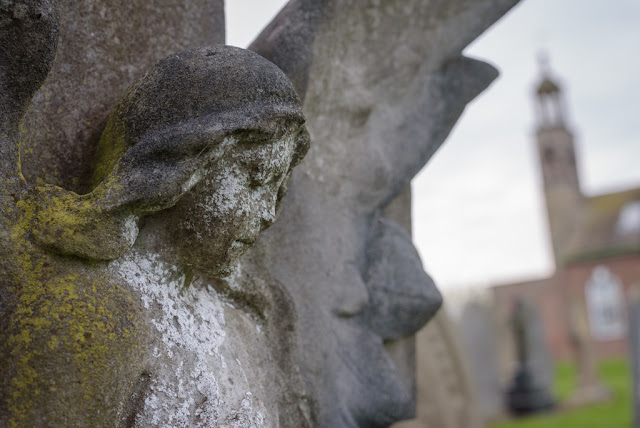 Maybe I'll go back and spend more time looking for my kind of pictures. Pictures along the lines of the one I took as I left. 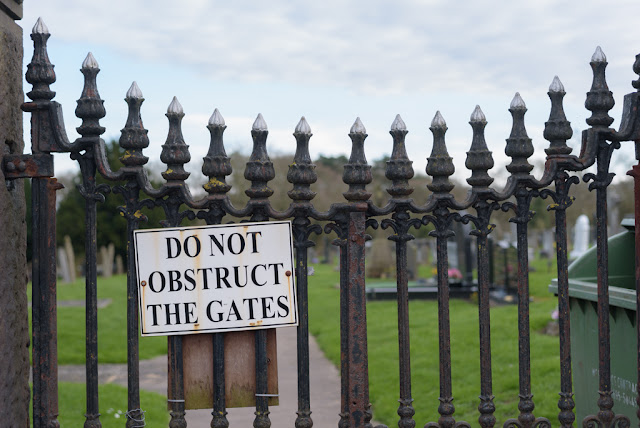 You might say it's been a testing week. It started off trying the 16:9 crop in the X100T with the idea of using the camera to make a series of pictures of the village. The aspect ratio worked. Then I decided I could do the same with a DSLR by setting it to video mode, which crops to 16:9, taping up the rear screen to that aspect ratio, setting it back to stills and using that for framing. The idea revolved around using a tripod in any event. The Fujis were now redundant for another project.

I'll give the other camera ago for the Dog Town project when I get a chance. If it works I reckon my days of using Fujis are numbered. The only trouble then wil be resisting the temptation to trade them for something else in the inevitably fruitless search for the perfect small camera.

It's the lack of a local project that's at the root of all this gear thinking. If I had something real to occupy my thoughts I'd just get on with taking photographs.