A long day at the Pennine interclub nursery championship today. The weather was fine for a change, although a venue I hadn't been to was both a plus and a minus. A plus as in offering different scenery, a minus in that I didn't know where to get good vantage points. On my way I stopped off to photograph the direction signs. The spelling mistake adds a certain charm. 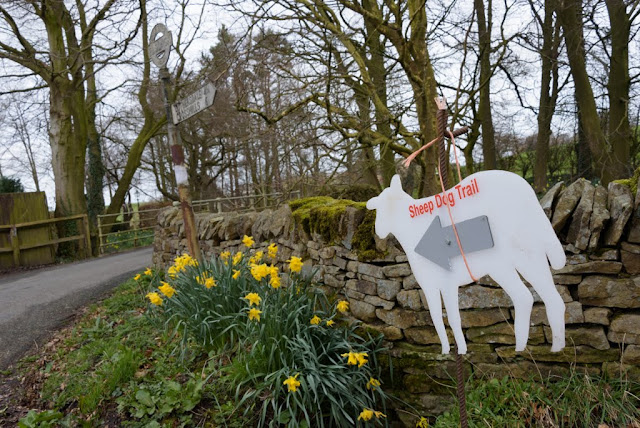 The championship had been postponed for a week as the ground was too wet for parking. Not having a 4x4 myself I still played safe and parked on the road there being a handy pull-in near the release pen. I stared the day off there, at the top of the hill. Trialing is an egalitarian sport. Everyone, or most, take turns helping out out with the mundane tasks. There were a number standing by to guide the sheep to the post. 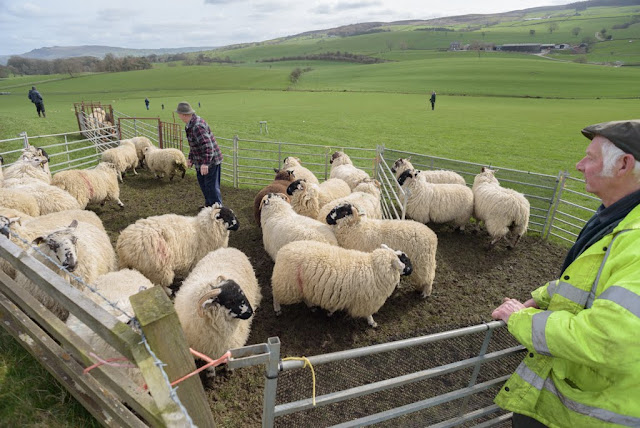 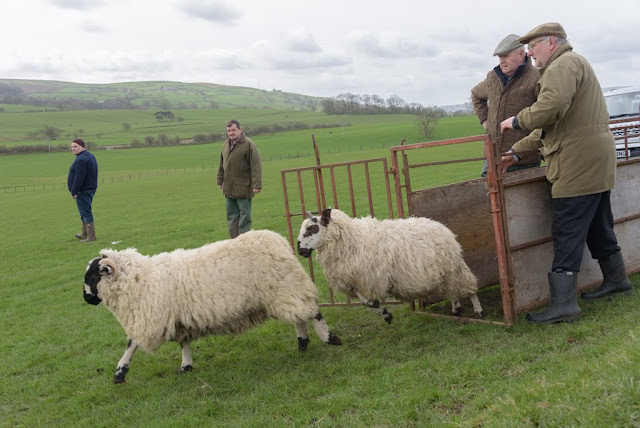 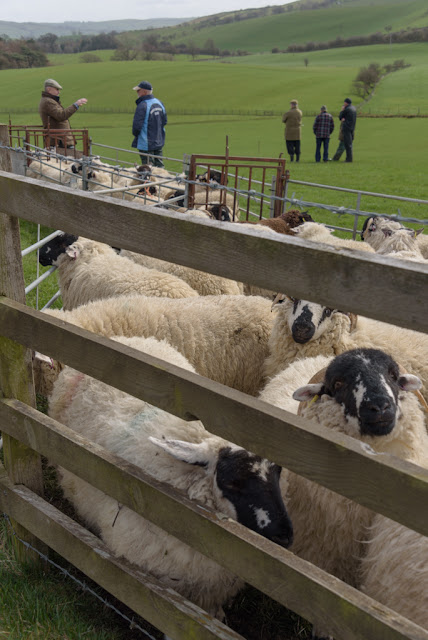 Walking down the hill I tried various ways to frame the action with an ash tree. In the end I think they mostly ended up looking a bit of a mess. Maybe some sun would have helped. 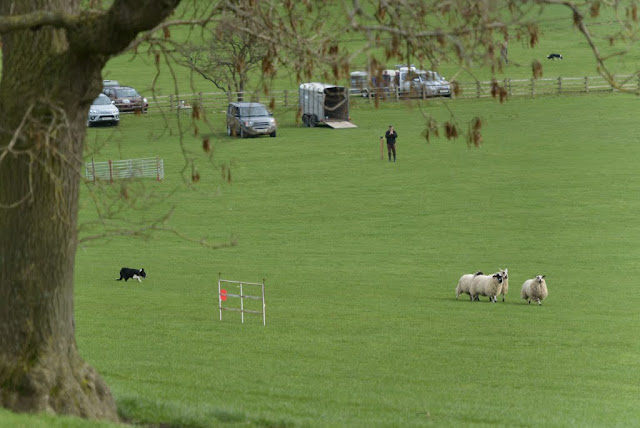 I also tried to get a shot or two to show the setting in a broader context when the sun did break through. 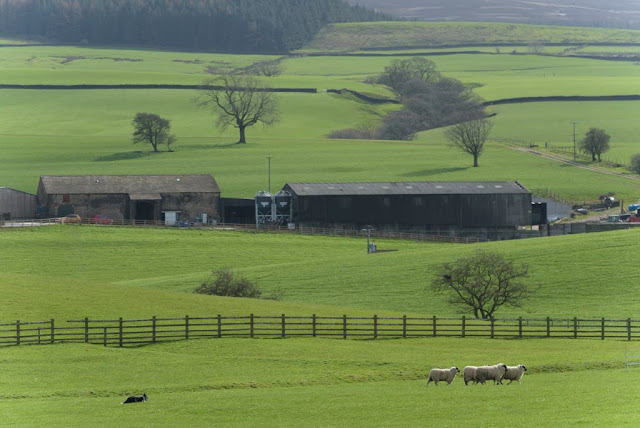 I often try things which seem like a good idea at the time but turn out to look like I messed up! I had something in my head about the shapes on the van echoing the shapes of the field walls. Or not... 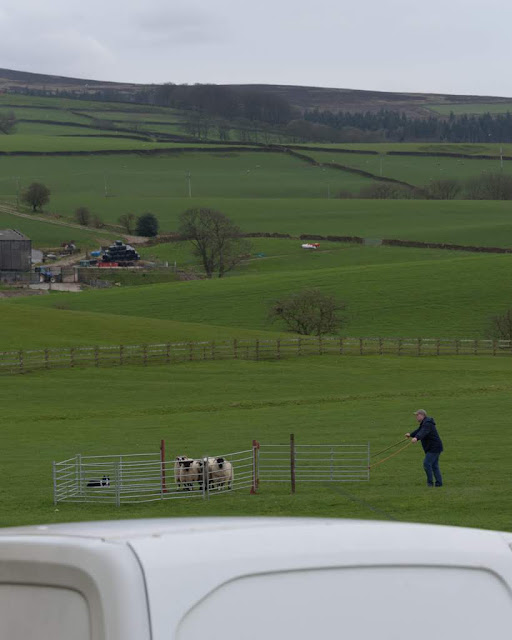 The scores were posted on a leader board after each round of five dogs, one from each of the competing clubs. Yorkshire being represented by only one club was always going to be up against the odds and soon enough it became a two dog race. In the photo below I managed to get the leaderboard and the trophies in a frame which shows the scores being updated, and I think the surrounding heads help both concentrate the eye on the 'action' and illustrate the interest of the onlookers. 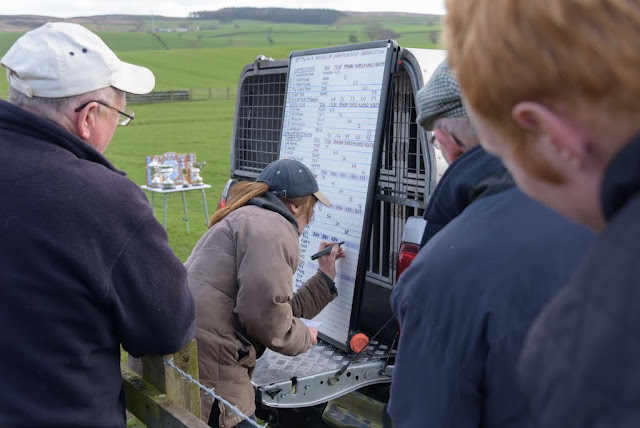 Or perhaps a close up works better? 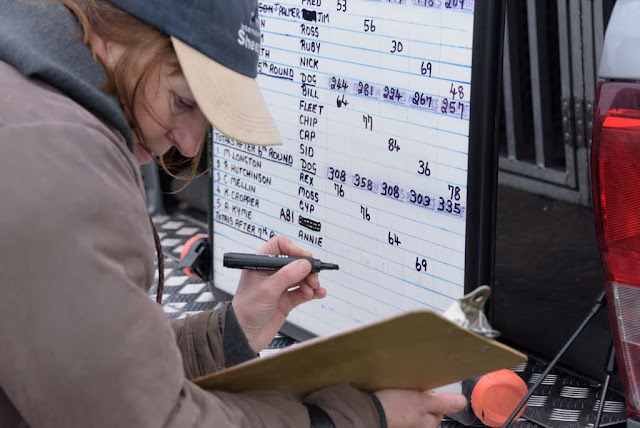 While I took lots (far too many) pictures of dogs and sheep going round the course and of the handlers at the post and pen, I tried to find new subject matter. The leader board was one new thing. Another, which gave me less time to react or plan a viewpoint was the dismantling of the pen after the presentations. How you show that this is a taking down and not putting up scene is hard to define. I guess it's all about gesture. 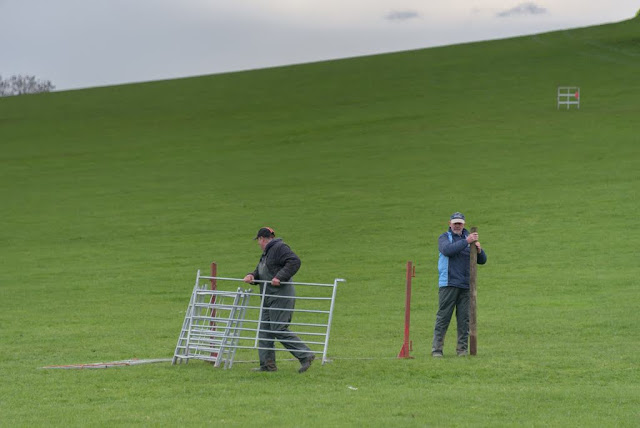 Apparent in the above frame is the slope of the land. Earlier in the day I had recognised the potential for this diagonal as a pictorial device. Had the clouds been more cooperative, both in making shapes to fill in the sky and by being a darker tone to aid even exposures, I might have got somewhere with the idea. As it was I struggled and failed. Reviewing the images on the PC it was also apparent that I had failed technically. None were really sharp. Whether this was down to my technique or using the wrong settings (quite likely) or a consequence of using the zoom lens with a teleconverter at both the longest focal length and on distant subjects, remains slightly open to debate. Either way the pictures look okay small, but don't stand blowing up. 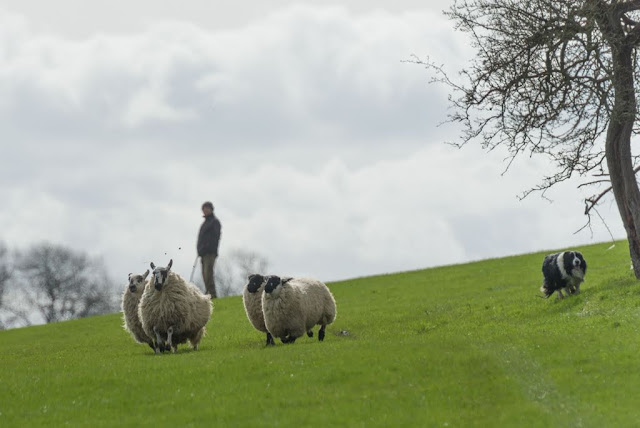 The rather light and featureless skies were better manipulated in black and white. Which also suited the semi-silhouettes, which processing turned into very-nearly-silhouettes. 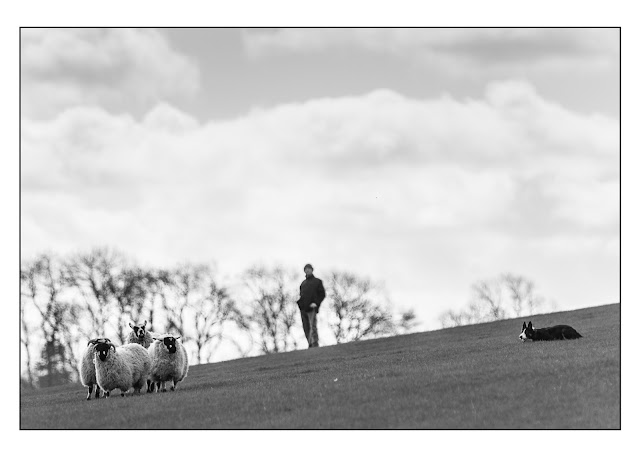 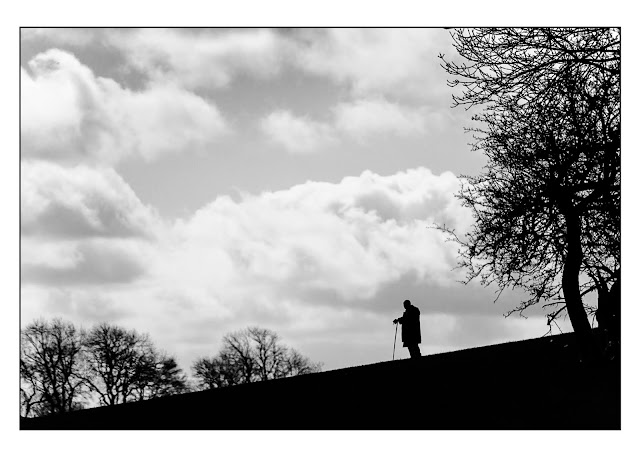 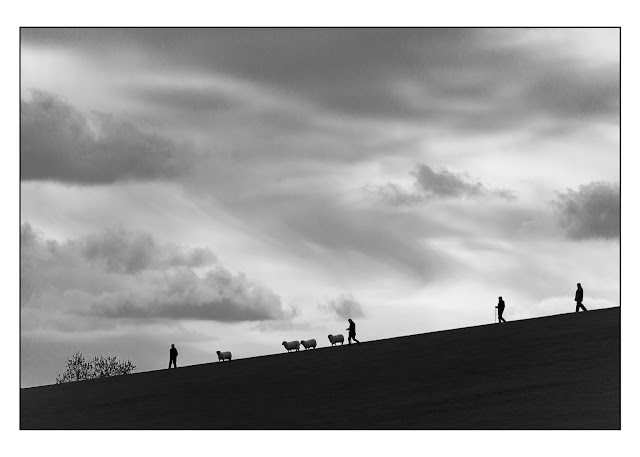 Even before setting off I was in a bit of a 'why do I do this' phase. I could very easily have stayed in bed.

There was another chap there yesterday taking photographs which made me question what I'm doing and why. I had a look at what I imagine is his Flickr stream last night. It made me think that doing this for a hobby is really just pissing about. Especially when there are other people photographing the same events. What is the bloody point of taking all these pictures to stick on-line where hardly anyone looks at them and having them clogging up my hard drives?

If I'm only doing this photography thing for my own amusement I'm not sure I want to bother any longer. It's not that I think my pictures are crap. I'm arrogant enough to believe that when they are good they can be really good. They're certainly a match for the ones I see which people get paid for.

Perhaps I need to start telling the world I'm working on a book (a real one that people would pay money for, not a self-indulgent Blurb creation), on the basis that then there would not only be a purpose but no going back! Not for the purpose of making a profit, but to prove they pictures have some worth to others. On the basis that if they are prepared to pay for them then they must ascribe some value to them. As I believe pictures exist to be looked at this does seem to be the only way forward.

Hey ho. The sun's supposed to shine this week. I might feel more positive by Wednesday...

Even at sheep dog trials I see poultry! 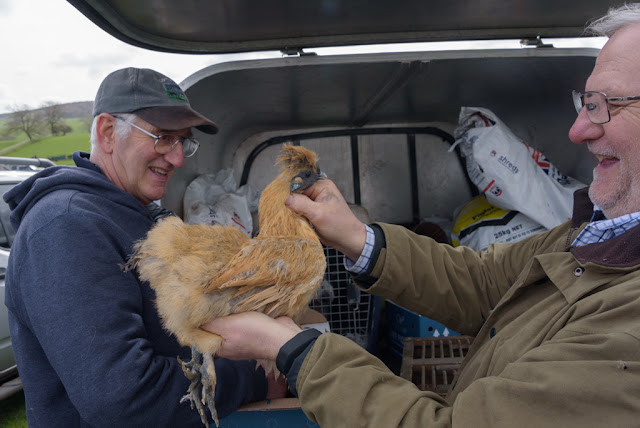