What a difference a week makes

I had intended to have this weekend off from photography but when my camera returned form its holiday I was keen to make sure it was working OK with its new shutter. I'd managed to reset everything the way I wanted them so all I had to do was find something to photograph. A check in Farmers Guardian revealed a rare and minority breed auction I'd neglected to put on my calendar. It didn't need an early start, which suited me fine!

The drawback to arriving 'on time' rather than early is that there isn't much going on until the auction starts. I almost left immediately, but the rain had set in and I thought I might as well stick around for a while. Eventually I started thinking photographically, although it was only when the bidding began that I really got in the mood.

For some reason I'd not taken much gear. I had the 35mm on the camera and the 100mm in a jacket pocket. It turned out that the 100 was a bit too long, and the 28mm might have been more useful at ringside. Still, it made me think a bit. To be honest I didn't take many pictures, and hardly any worth showing. Most are nothing other than records.

When ever around sheep you'll see people adopting the 'sheep stance'. 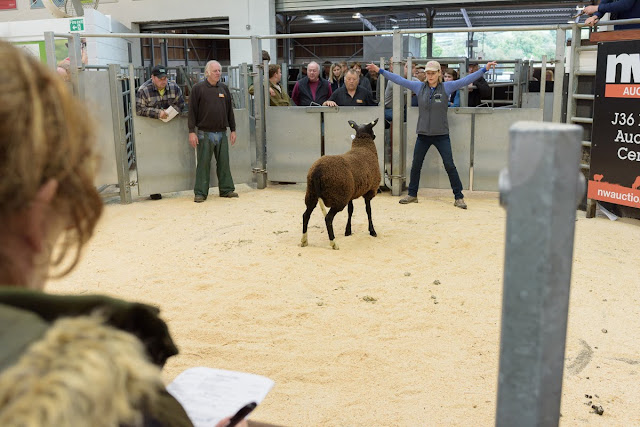 It's something sheep folk learn at an early age. 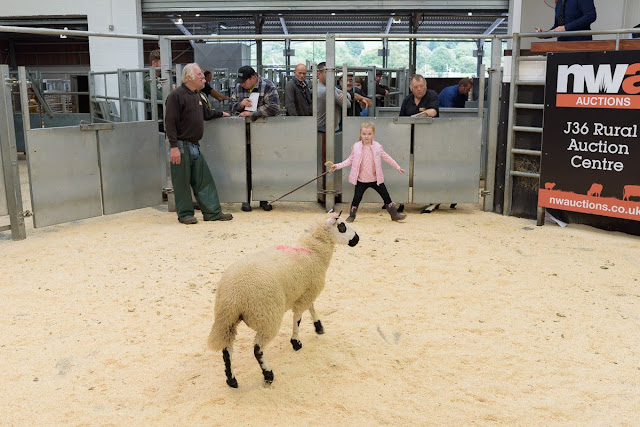 Mostly it was a case of trying to frame sheep action with onlookers... 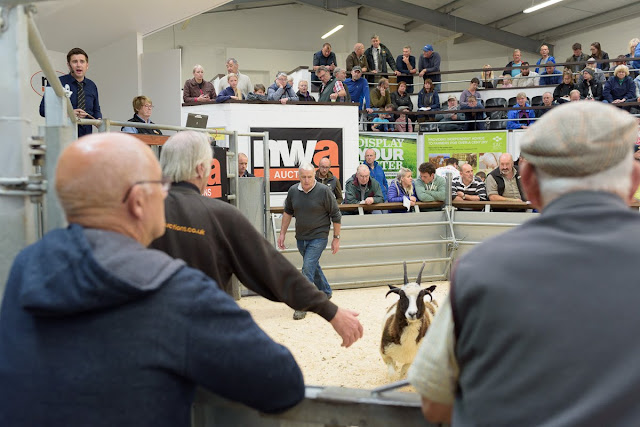 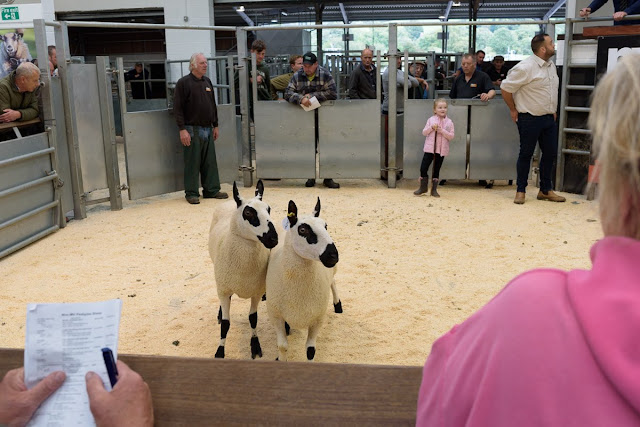 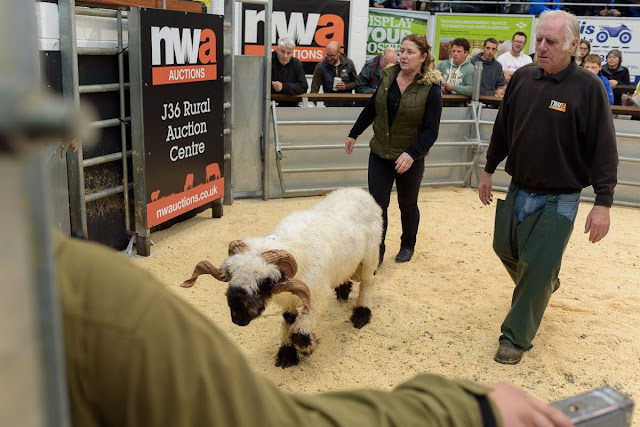 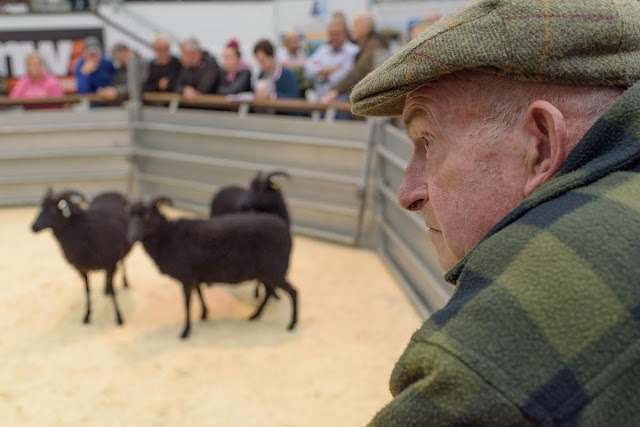 ..or trying to find odd views. 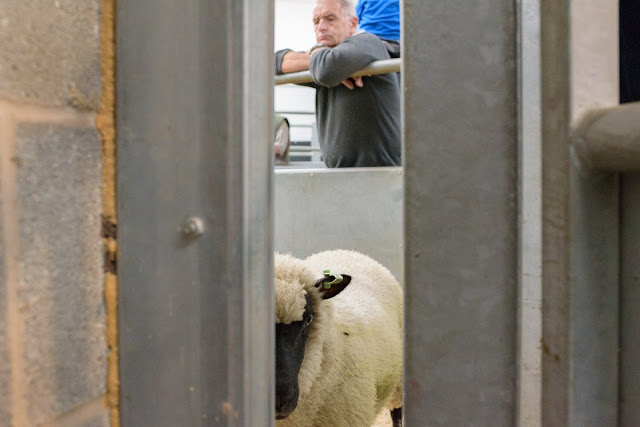 The only picture I got with the longer lens was this failure. 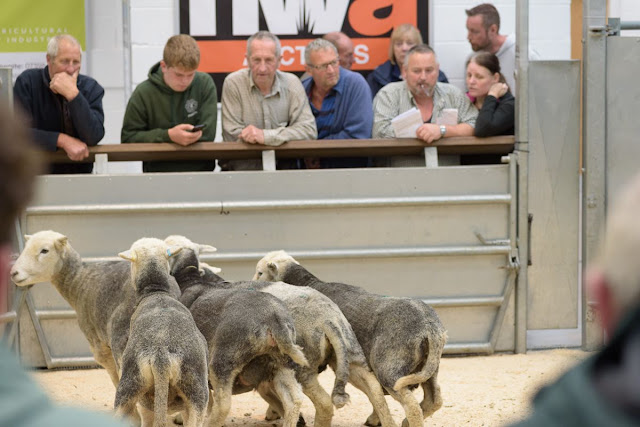 The main thing is that the camera worked just fine. After a couple of hours I was feeling the frustration of the limited lens selection, and the repetition of the sale. There also weren't all that many entries left either so, as the rain appeared to have stopped and the sun was teasing, I set off for home along a long and winding route. As I should have expected, the rain was still about. More so as I hit higher round.

I hadn't planned it, but I ended up driving past the showground I'd been at last Saturday. It was nothing but an empty field. I pulled over and followed the public footpath sign. With the change in the weather from bright sunshine and heat to changeable and much cooler today the deserted showground had a melancholy feel to it, not least because of the sign advertising the date at the entrance. 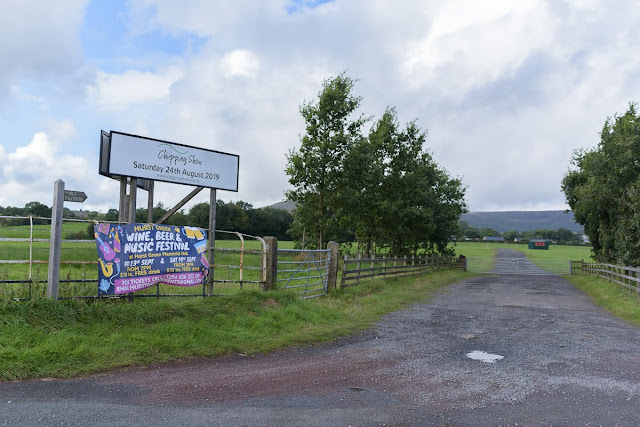 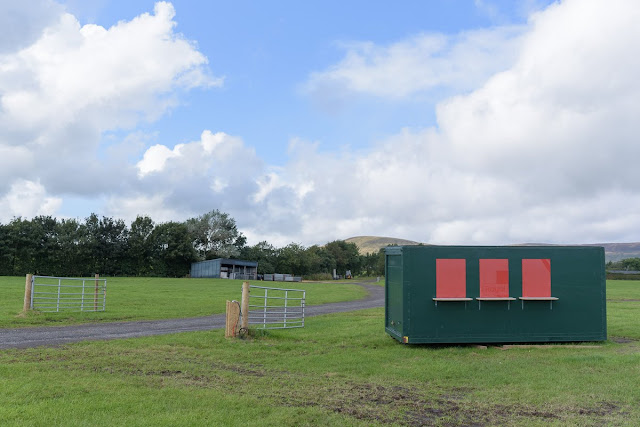 All the marquees were gone, the posts and sheep netting dividing sections pulled up and taken away, sheep hurdles, crowd barriers and ringside seats all stacked up. Only the permanent features remained. There weren't even many traces of vehicle activity as the ground hadn't been too wet. The area where the sheep pens had been had only a few traces of straw to suggest anything had happened there last weekend. 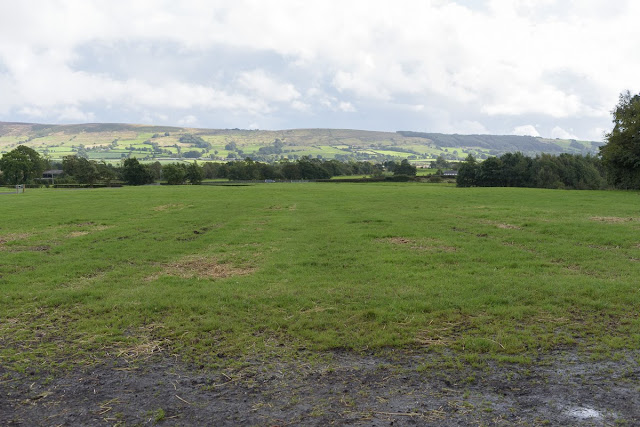