Some things never change, but others do. I wouldn't expect an agricultural show to willingly fall into the latter category. In past years I have photographed the sheep judging at the Bentham inside the auction mart along with everything else. This year there was some recently laid concrete in the car park by the pens, with sheep hurdles arranged on it. Intriguing.

When it came time for the judging to commence all became clear. The sheep classes with the larger entries were to be judged outside the mart pens in between the hurdles. As someone jokingly commented, it was just like being at the Great Yorkshire Show!

As this was different to previous years I spent most of my time outside, in the early autumn sunshine. The first round of judging was the three classes of junior handlers. 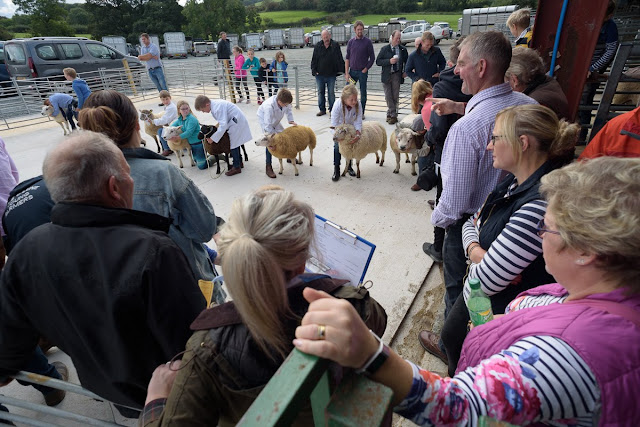 This was followed by the Blue Faced Leicesters, Mules and Rough Fells. Three breeds I find quite photogenic. No matter what anyone says about Leicesters looking like camels. 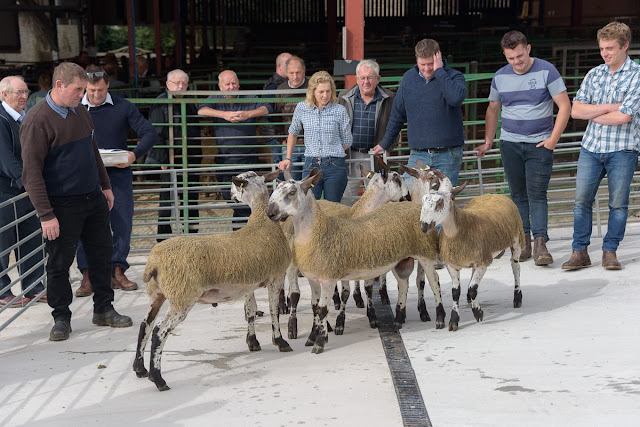 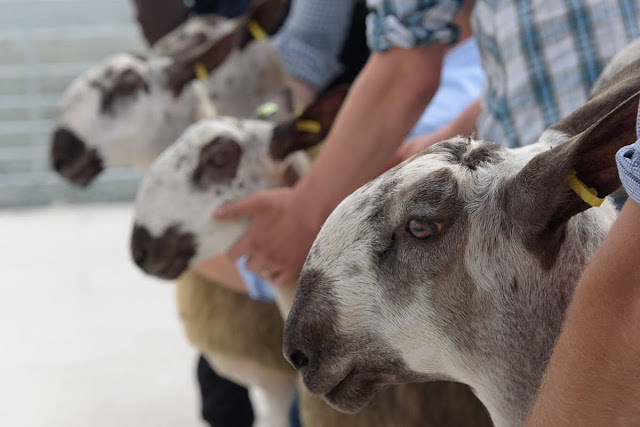 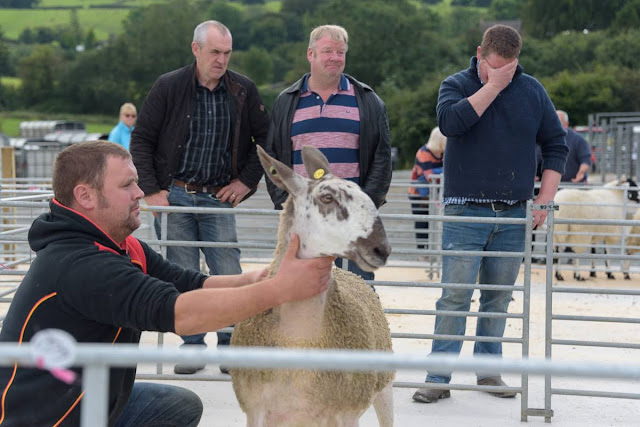 It is fairly dim inside the mart so I had taken my fast zoom, but I had also gone prepared for anything and was able to use the superzoom outside. This allowed me to take some more close ups of hands. 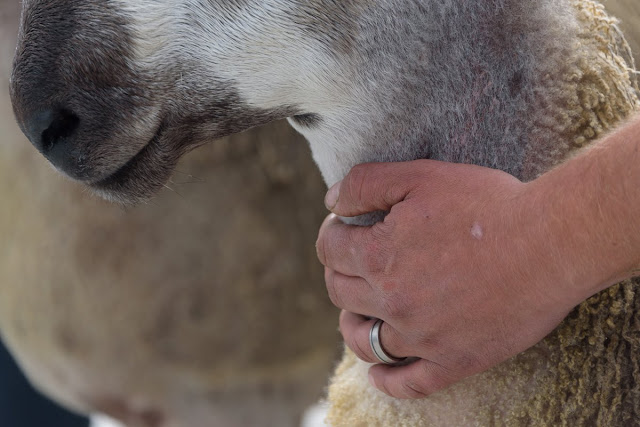 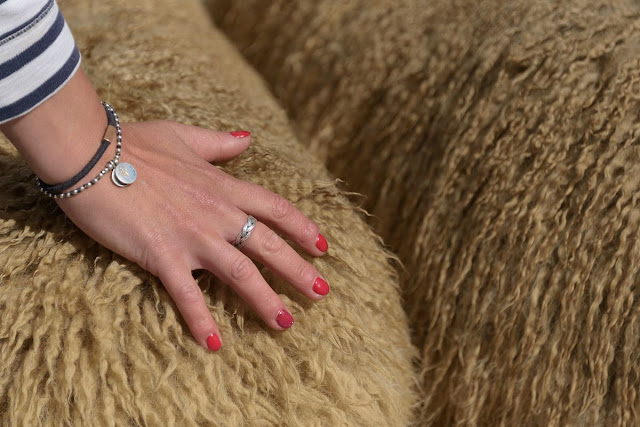 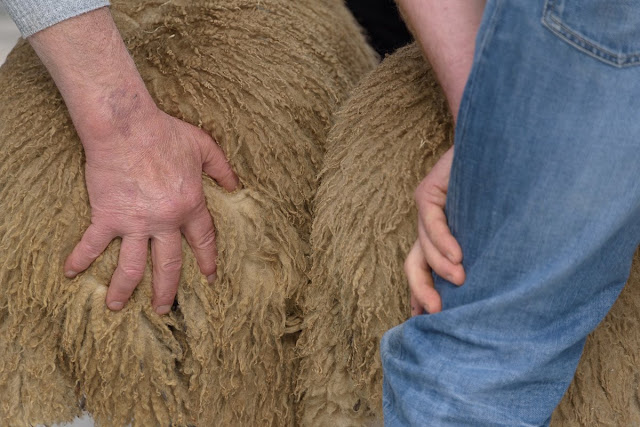 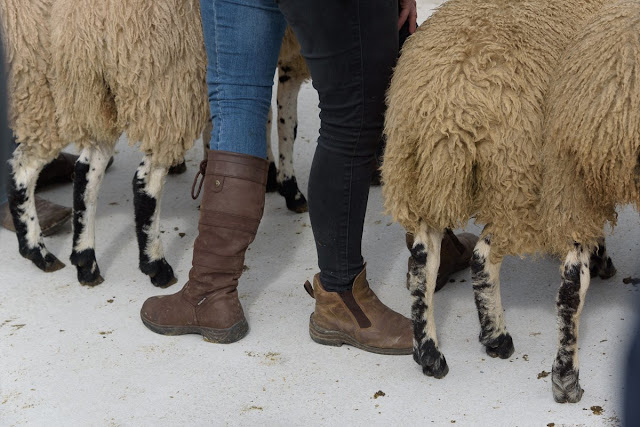 Knowing what to expect always helps. As I knew it is cramped inside the mart I'd packed my 20mm lens. I used it quite a bit but it needs careful thought to avoid the edge distortions which can make people look weird. As always I was looking for out of the ordinary compositions. 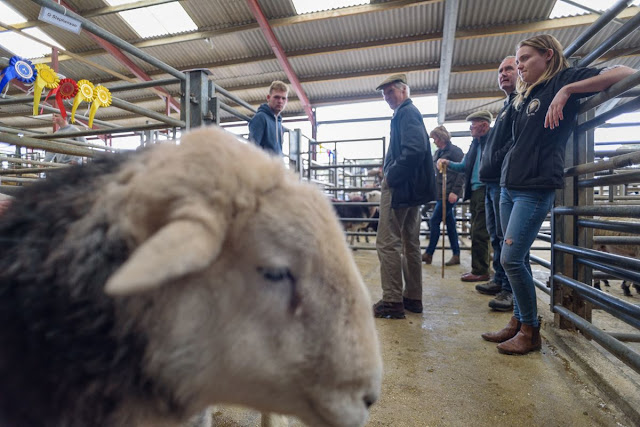 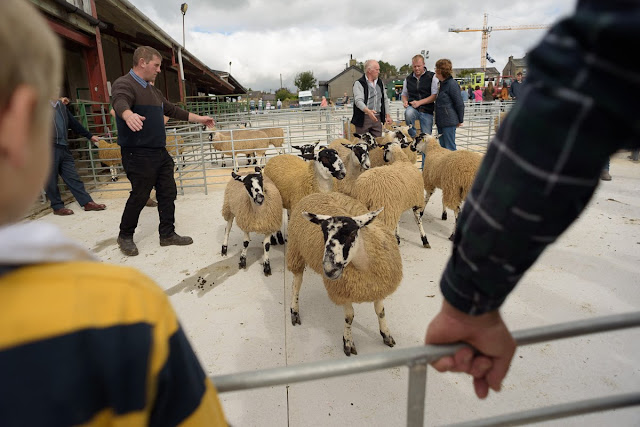 With the sun shining I was on the look out for pictures inside where light was shafting through the skylights and slatted walls, or providing 'light at the end of the tunnel'. This mart has the potential for some striking and characterful pictures. 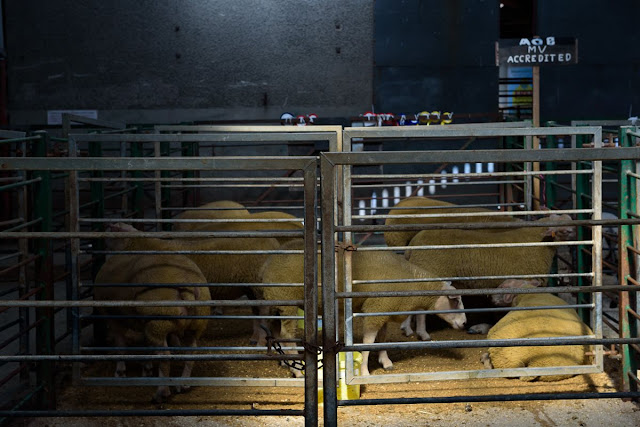 I even got the urge for a monochrome conversion. 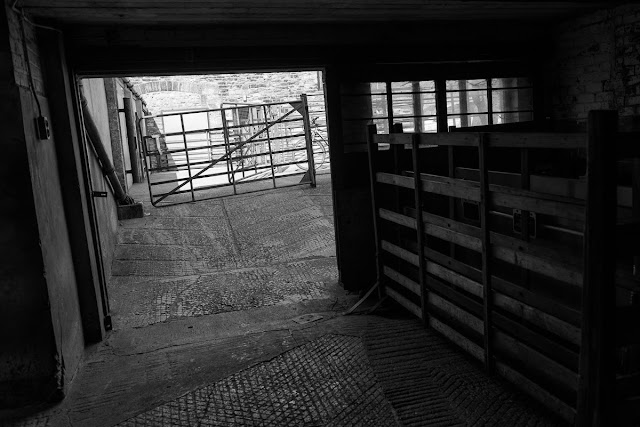 As well as livestock and poultry there are craft, baking, horticulture, stick sections and more. There's always something sheep related in the craft area. 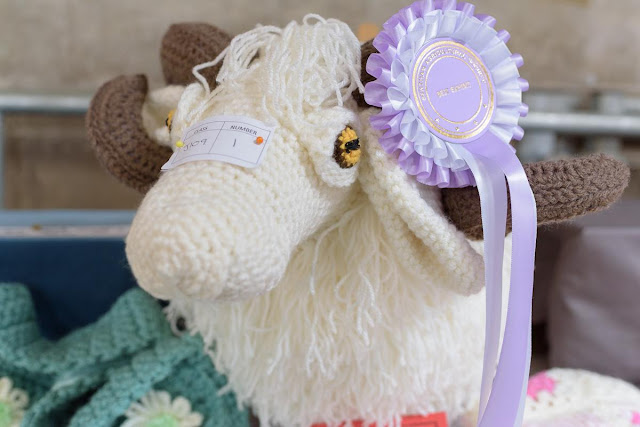 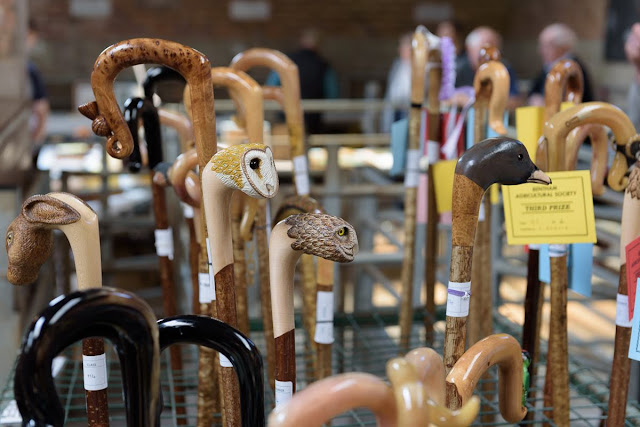 More from the show here.

I prefer fishing alone when I want to target big fish and I'm the same when it comes to looking for good photographs. I have nothing against going fishing in a group. I used to do it a lot when I started out and the crack was good. The fish had to be shared though. Which is why I find the idea of group photography a bit strange. Fine for a day out, but I'm sure the results will be mediocre. Still, some people seem to enjoy photography that way. 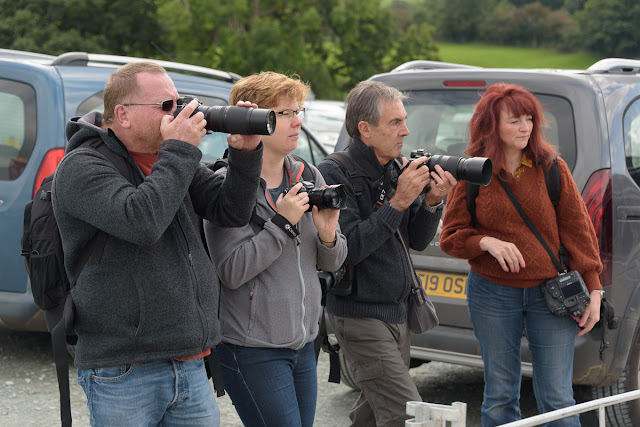 That was Saturday. Sunday I was planning on visiting a sheep dog trial which started around 2pm. I was all set to go when a neighbour mentioned that the Battle of Britain Memorial Flight were going to do something over the village after they'd been to the Southport airshow. I had sort of intended seeing if the planes would fly low over the house again as they had on the Friday evening but I wasn't that fussed.

Hearing they'd be doing something more I put off leaving until they'd shown. I don't know why as I'm not that interested in photographing planes. They turned up a few minutes early and gave a good show. I had as good a view as anyone from my back garden with the Dakota once again flying almost straight overhead. 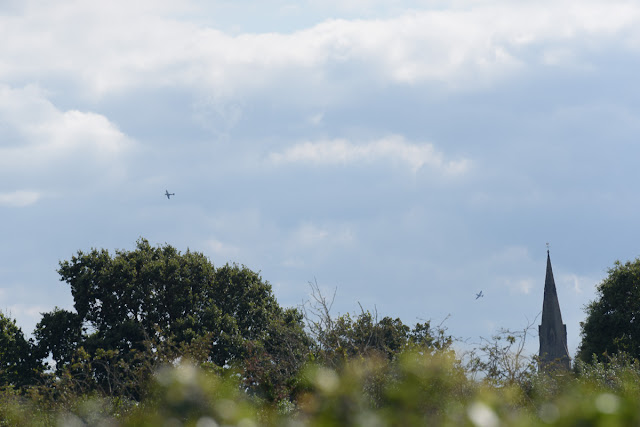 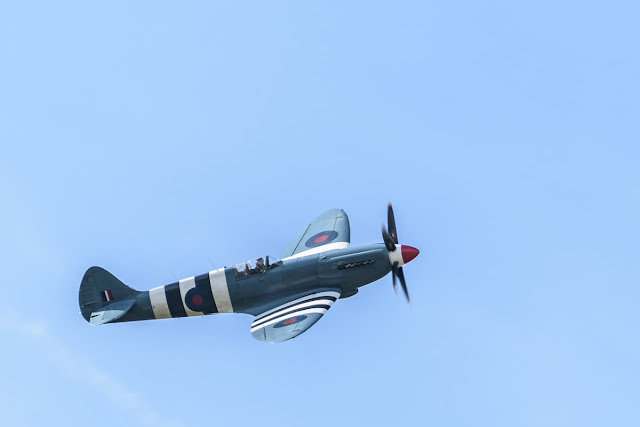 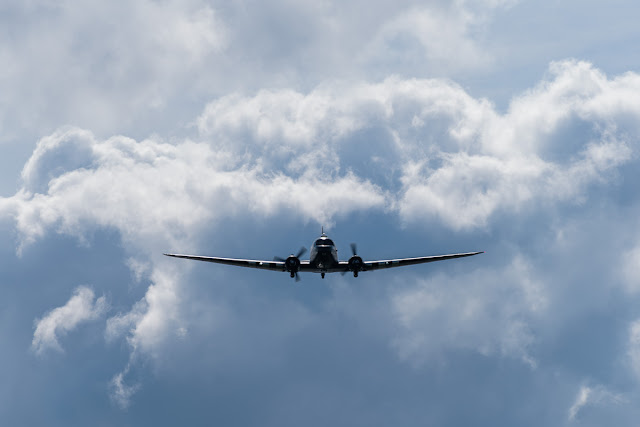 In retrospect I suppose I should have put the longer lens on my crop body (the latter two pics are cropped), but as I later reasoned it wouldn't have made the pictures any better. They might have been more detailed. But not better. For a few pictures of aeroplanes which I have no use for I think I should have set off for the hills at my original time. I say that also with the benefit of hindsight from turning up at the trial field with everything in full swing and nowhere to park that didn't involve a lengthy, and steep walk. I grabbed a couple of snaps from up the hill and departed. A bit of a wasted journey. 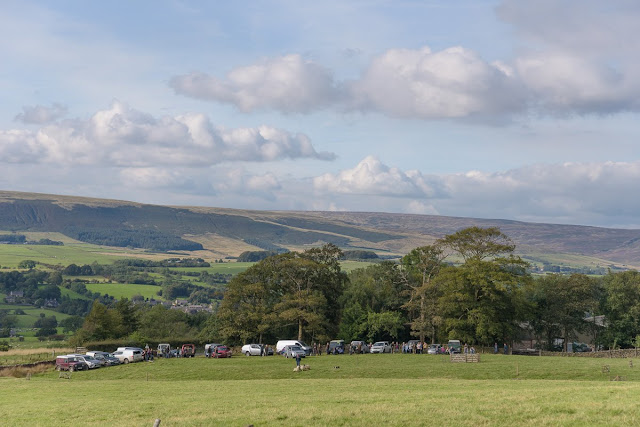 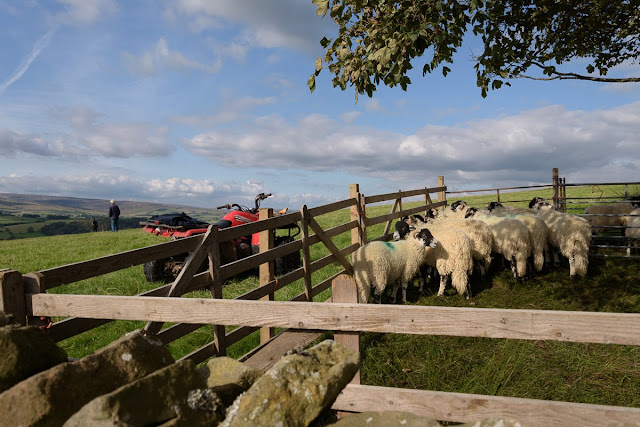 I did get a couple of moorland sheep pics. Although they are of Swaledales and a Herdwick. 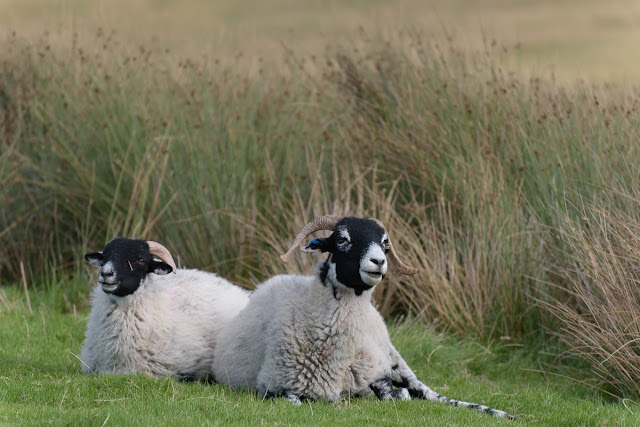 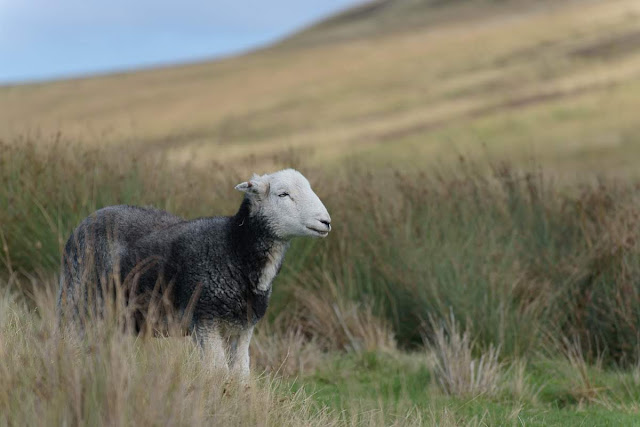 Can I face the Westmorland Show on Thursday with another scheduled for Saturday? Am I running out of ideas and motivation?
Posted by Dave Lumb at 20:44