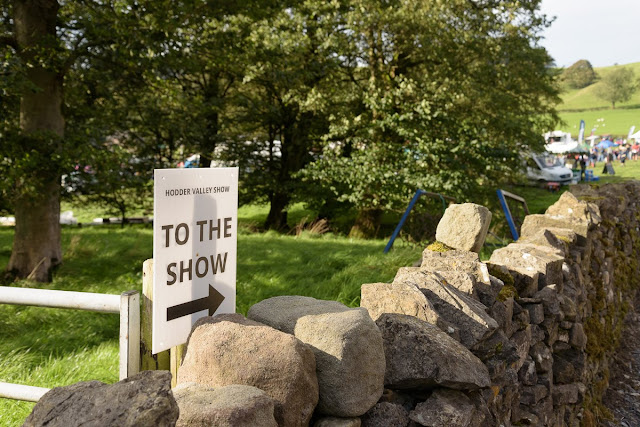 What a summer.A traditional British one with no two consecutive days the same. Or so it seems. My visits to agricultural shows have been a mix of red hot and soaking. Last Thursday was the Westmorland County Show with a weather forecast so bad that I very nearly gave it a miss. Looking out of the back window early morning I was lulled into a false sense of hope. Like a fool I set off. As soon as I arrived I put my waterproofs on and my hood stayed up until I left not all that much later. Once the sheep classes had been judged I gave up. Despite the drenching it was a fairly enjoyable three and a half hours.

In some ways rainy days are good for my kind of photography. The light is even and the wet surfaces (and people) provide a sense of atmosphere. I'd gone expecting rain and  had the hated 70-200mm on one body because it is more weatherproof than my other longer zooms. The other body could have had the 24-70mm on for the same reason, but I opted for the small and light 35mm. I ended up wishing I'd gone for the 28mm at times. If I had taken that route I'd probably have been wishing I'd used the 35mm!

The photos were pretty much the usual stuff with a few fresh ideas tried to relieve the monotony. 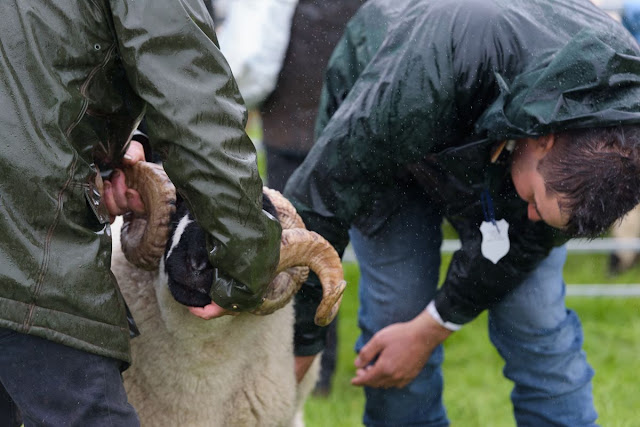 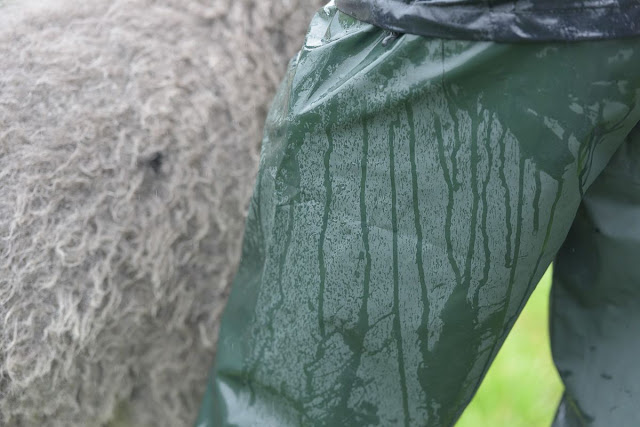 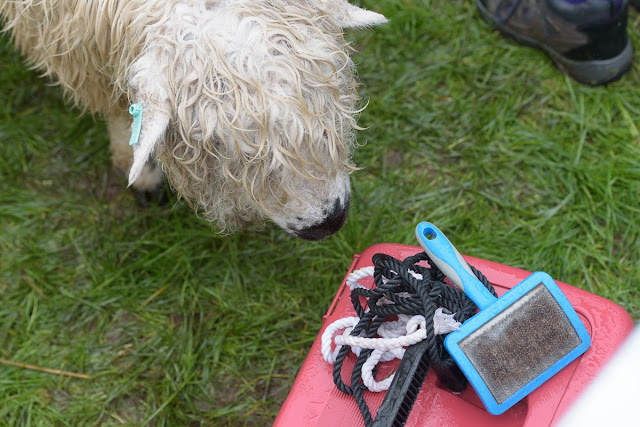 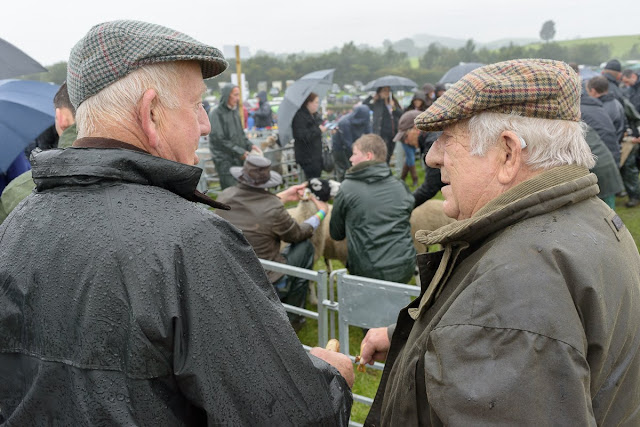 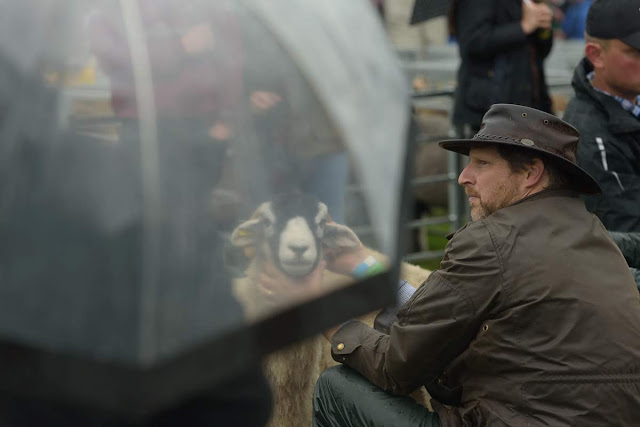 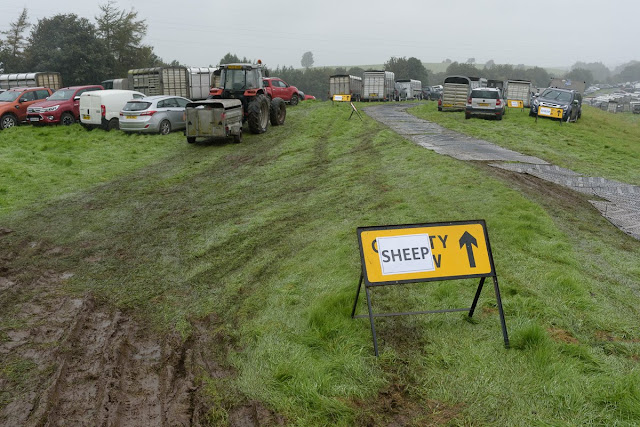 Two days later I went to the Hodder Valley Show, arriving early the lush grass was damp with dew from a night of clear skies. The clouds stayed away and it was soon warm enough to dispense with the sweatshirt. What a difference a couple of days made!

Again I was prowling around the sheep pens. Again it was mostly Lonks and Swaledales. Unlike the Westmorland where I was outside the judging areas I sneaked in at Hodder Valley as it's a more relaxed event. This time I was back using my two zoom approach with the lightweight options. I'm not sure this really gives me any advantage over the superzoom to be honest. Although the shorter lens does seem to give a nicer 'look' to some pictures.

Particularly early on while the sun was quite low there was a warm, Autumnal light which was pleasing. 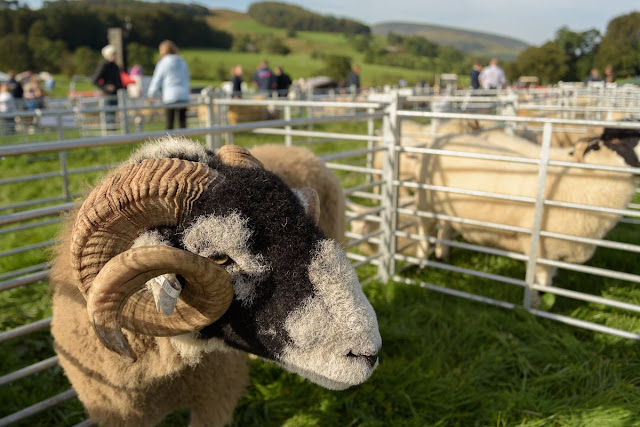 Testicle checking is still on my wish list of pictures, although a short sequence (of which the next two shots are a part) might be the way forward. 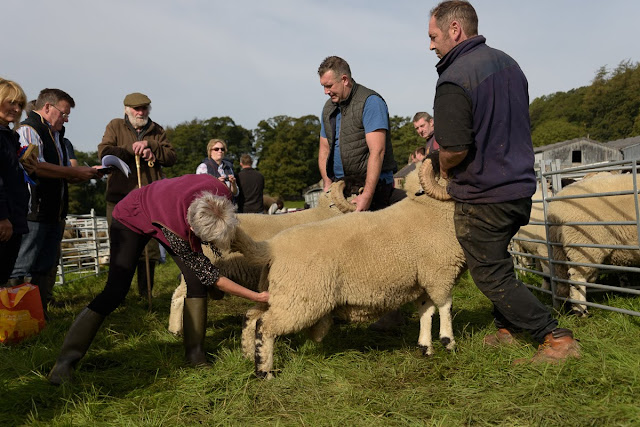 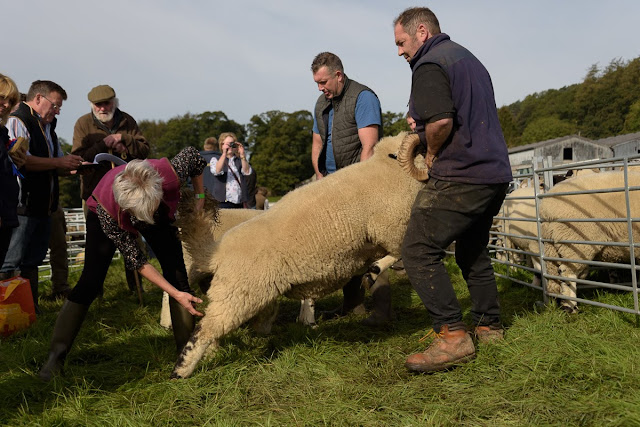 I was still, inevitably, looking for detail shots. 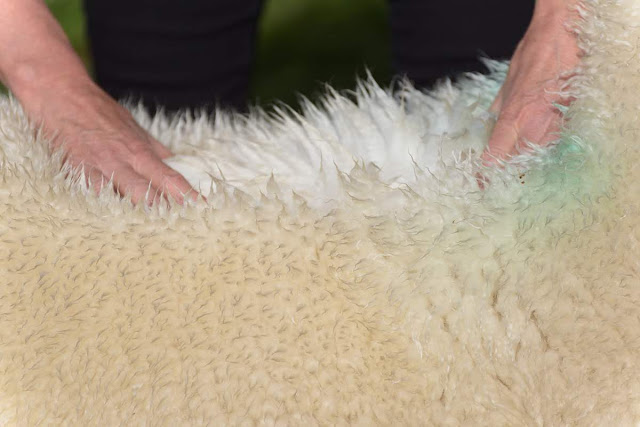 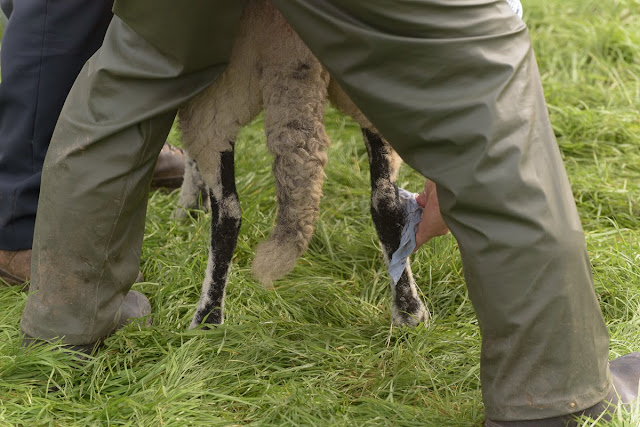 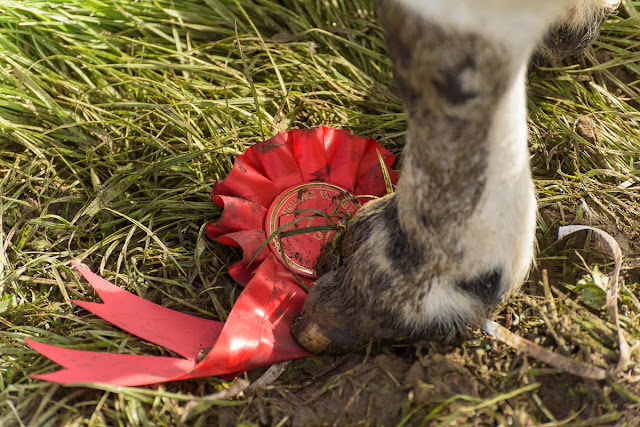 I'm not sure how I'd categorise pictures like the two which come next. 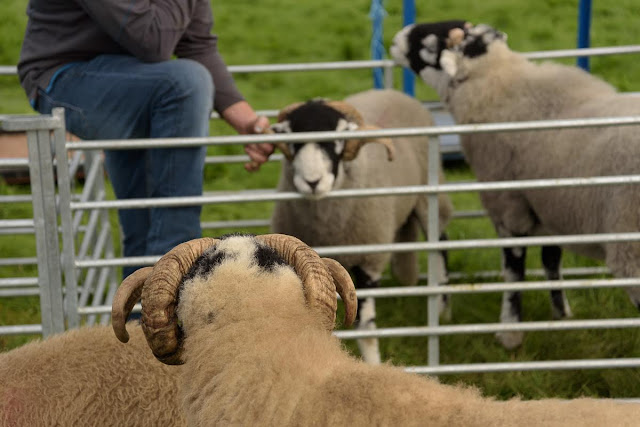 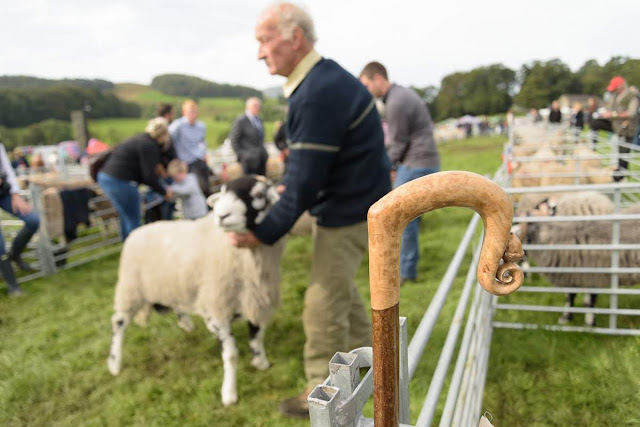 I don't often set up pictures. I might turn a bottle around to show a label or something like that, but nothing much more. However, when I was handed a rosette and prize envelope to look after while judging continued I tried something. I should have taken a little more care, and made more than two attempts. 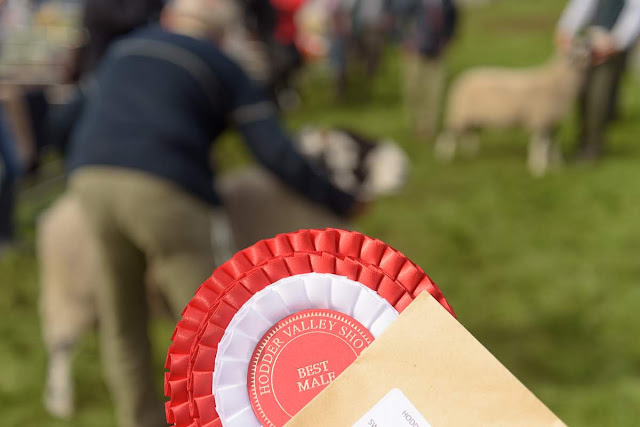 There are more sheepy pictures here.

Being a small show everything was close to everything else, and this included the sheep dog trial which was visible from the sheep pens. With judging over I strolled down the hill to the trial where the sheep were being uncooperative.

If I had got there earlier I might have had better light on the pen, but there wasn't much action there while I was watching thanks to the sheep. I'd been on my feet for a long time and my dodgy foot was starting to ache a bit. That's my excuse for not taking many photos. I got one or two which were okay though. 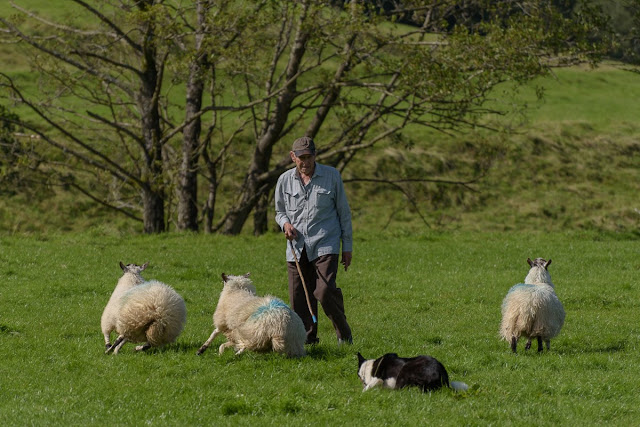 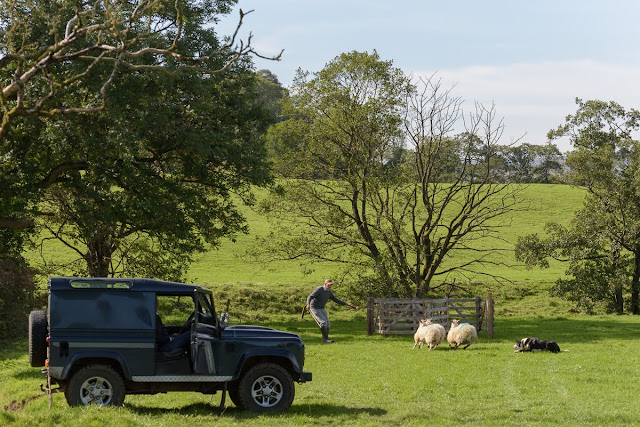 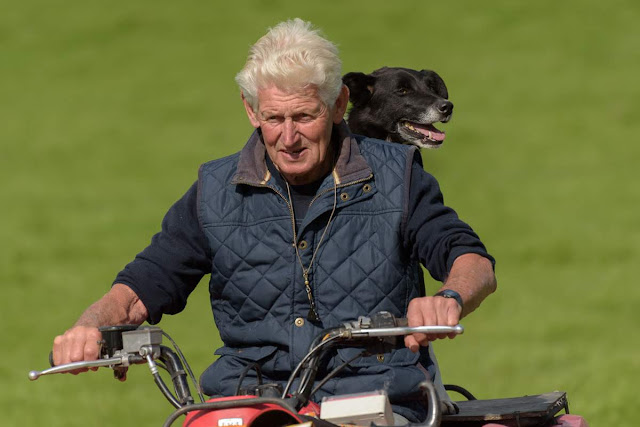 That's almost it for this season's shows. Where my photography is headed from here I'm not sure. I went to the bantam society show on Sunday and maybe I was still tired from the Hodder show (or wanted to listen to the final test of the Ashes series) but I really couldn't get up any enthusiasm for photographing poultry, made my excuses and left after an hour and a half. Despite that I did get a couple of pictures to add to the poultry file. I guess there's always an outside chance of getting something. Maybe that's the way forward with long term projects. Be more selective and don't try to always record everything from a day. I dunno. 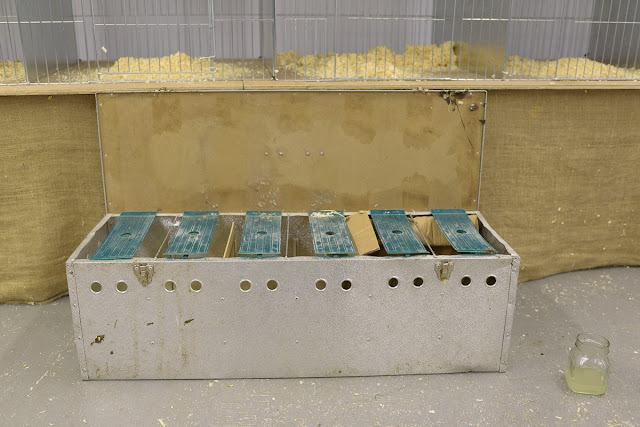 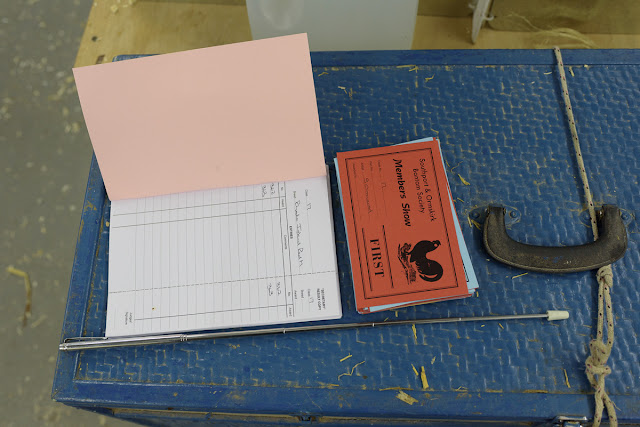 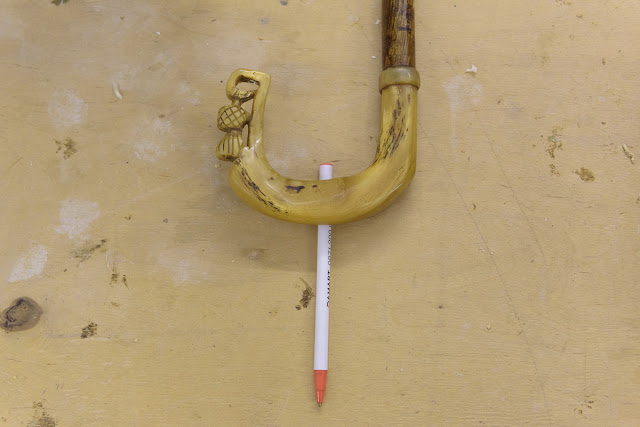 With the death of Robert Frank a few days ago there have been many obituaries all mentioning his most well known work, The Americans, and most pointing out that the 83 pictures in the book were chosen from 767 rolls of film - a total of some 27,000 frames. That's roughly one picture from every 333 by my reckoning. A reassuring statistic to my mind.