The lack of ideas continues, as does the repeat visits to places in the vain hope that I'll find something worth photographing. With the weather still refusing to settle any sunny day has been seized as chance to get out with a camera. Even though I know I'll be wasting my time as far as getting anything useful goes.

I drove to the auction mart a week ago and didn't even get the camera out of the car. The sun was making a rare appearance so I headed to higher ground. For once I found some sheep action of sorts. But not enough to make more that casual shots. Although the tup's bum picture has something going for it. I determined to stop going on these wild goose chases. 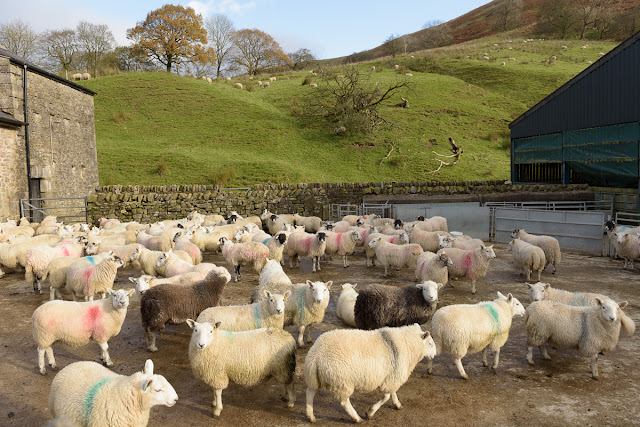 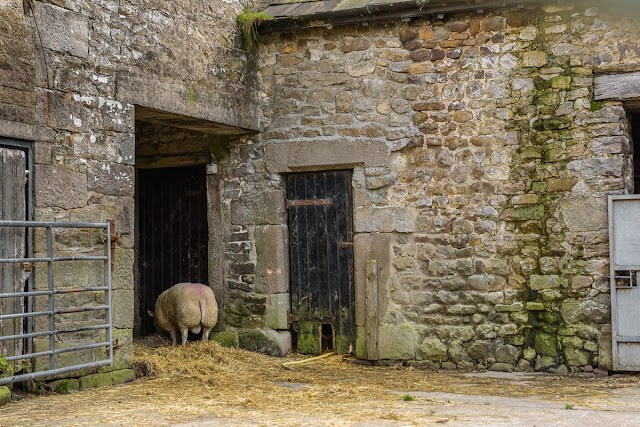 A couple of days later the sun made another appearance as did the undomesticated geese. It's strange that I find it impossible to make decent pictures of places I like being in. There must be a project to work on about the moors, but I'm buggered if I can find a ket to unlock the box it's in. You might imagine a neolithic burial site would kickstart something, but it's just a ragged pile of stones. The best I could do was contrast the ancient stones with the transmission masts which also echo the dead pine trunks in the middle distance. 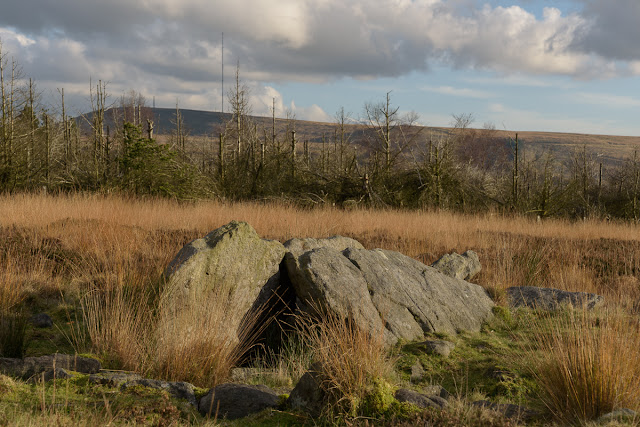 Friday had another sunny afternoon, which is short at this time of year, and I ended up at the sandplant.where nothing much had changed. I'd set out intending to look for sunset sheep and only had the telephoto zoom with me, which limited my options. There are no sheep at teh sandplant so what made me go there is a head-scratcher. 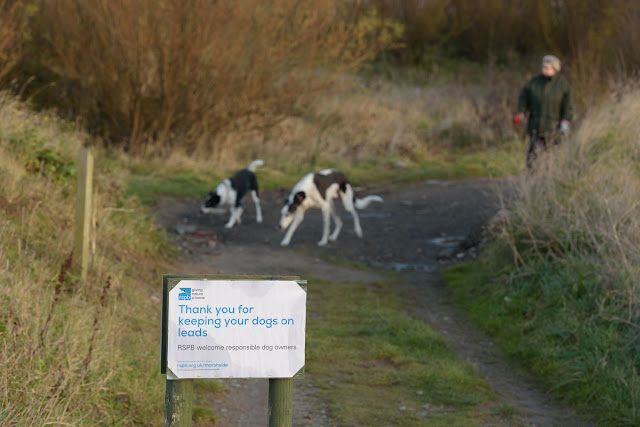 I found some sheep elsewhere, but the sun decided to set behind clouds and the light was grim. The sheep weren't playing ball either. I got home earlier than intended so dropped the big camera off before going for fish and chips. I stuck the Fuji in my jacket pocket and tried it for some night time pictures. Where there was a bit of light it worked OK. While I'm not a big fan of its files as a rule it does do black and white conversions I like. This messy picture (with self-portrait) has given me some ideas for the future. 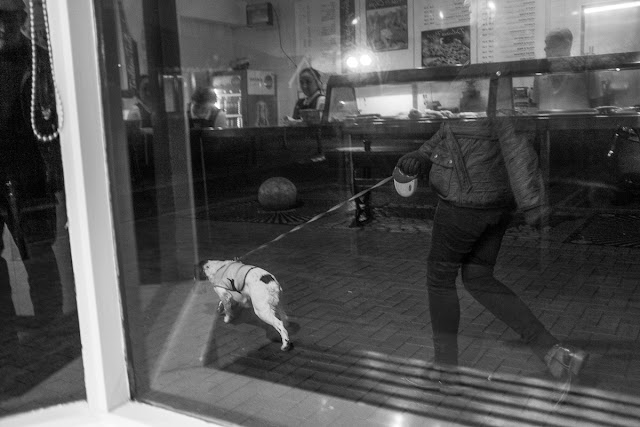 On Saturday morning it was a struggle to get out of bed and go to the poultry auction and show. I really wasn't in the mood. Repeating myself at the auction wasn't going to happen. My daft idea of shooting the show entirely in vertical format was forgotten. It was hard enough to see any pictures. Arriving after most birds had been penned might have had some bearing on that. I did manage to get a picture which gives a better idea of a chicken being put in a pen than any I've managed before. Which was a small victory. 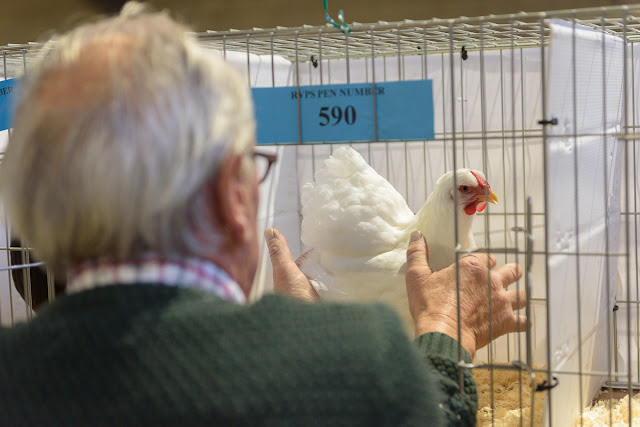 I still like using the flippy screen for low angles. Rather belatedly I have realised that the focusing issue is best overcome by prefocusing and waiting for action to come to me. The hit rate is much better that way. 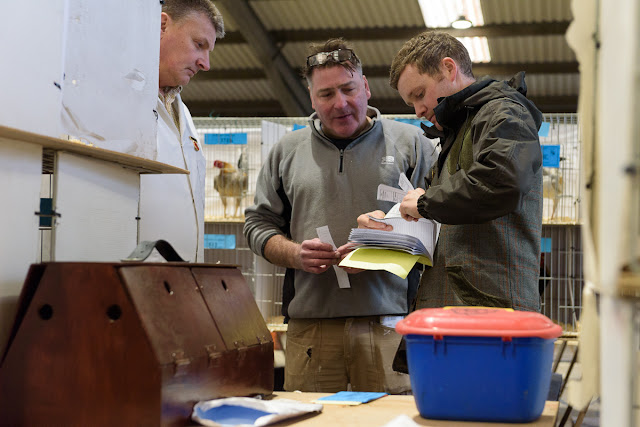 Not being interested in the auction I was resigned to getting pictures of the judging. Despite the much increased entry for the show over previous years there didn't look to be as many judges! This can be a subject where the longer zoom can be useful to blur a background. 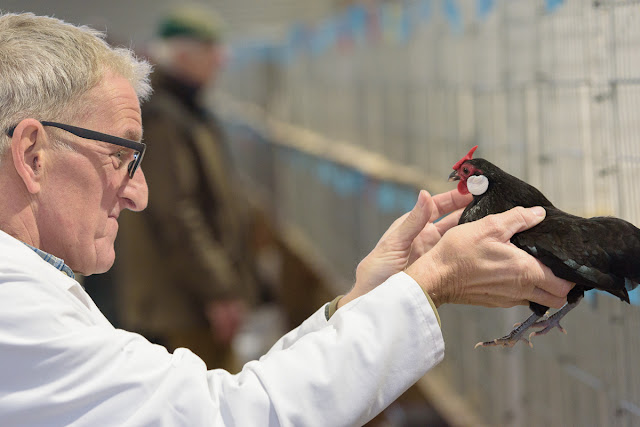 In this case there wasn't much background to blur. 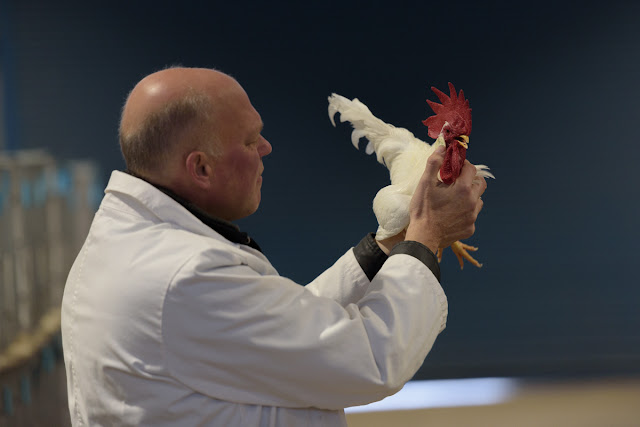 Pictures like this are very much dependent on gesture and expression  of judge and bird to lift them above being ordinary.

Although these sort of pictures are nice enough a wider lens used closer, as always, draws a viewer into the scene. In most judging situations the best place to be would be in one of the pens looking out! 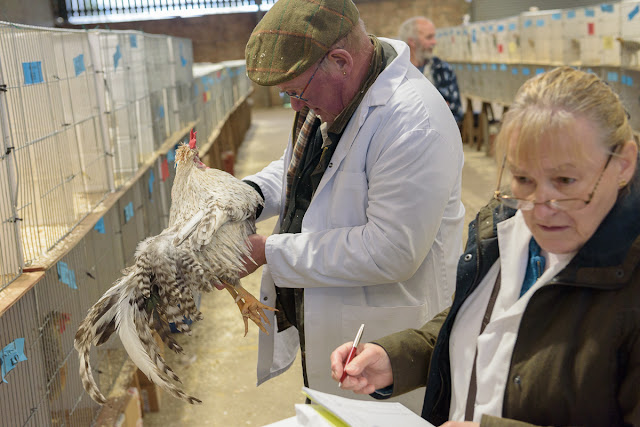 A better opportunity came after the judging was concluded and one judge was mentoring someone else. I rattled off a lot of frames on this, always trying to file the frame with shapes and gestures. 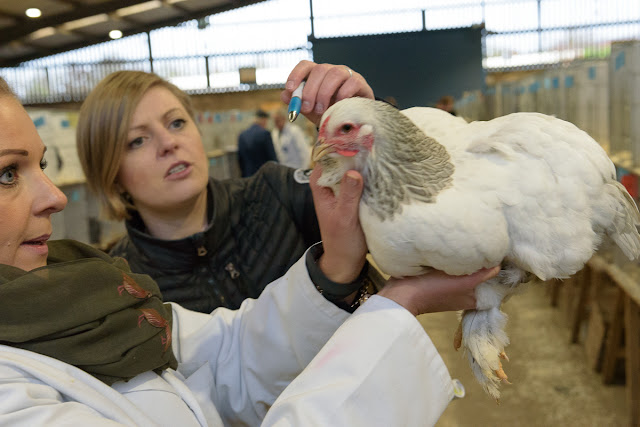 I even tried the flippy screen , but I think the eye-level pictures worked better in terms of engagement. 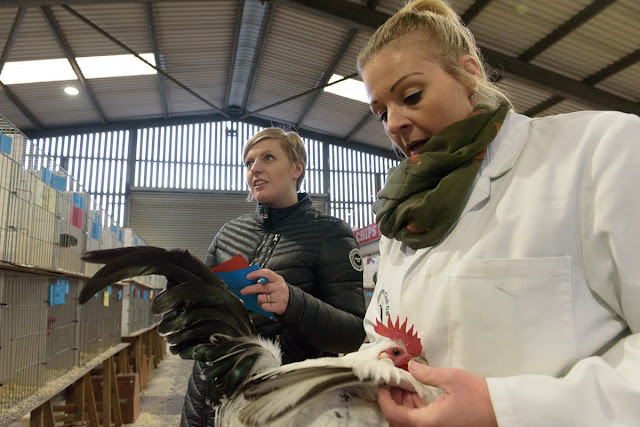 When it comes to detail shots it's pretty much impossible to find anything new. Variations of repeated themes from past shows are inevitable. 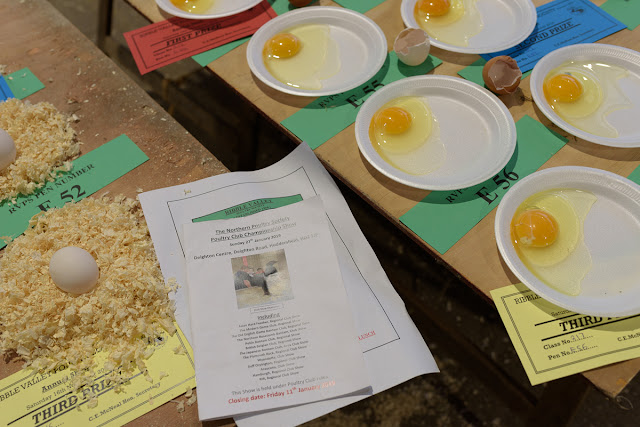 There can be novel effects of light and shade though. 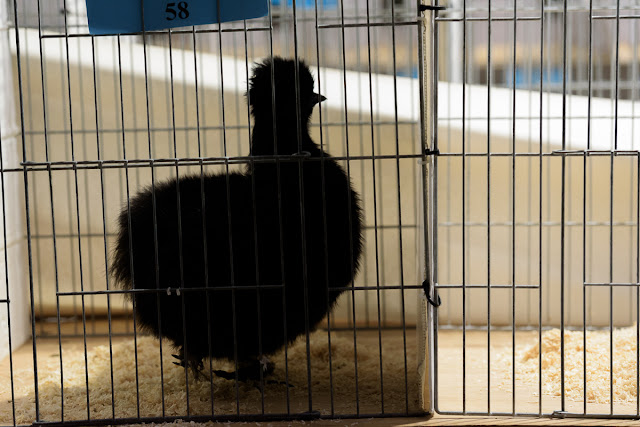 I might not have been in the most enthusiastic frame of mind for taking pictures at the show, but I still managed to come away with some that are worth adding to the files. A larger selection can be found here.

One thing I did want to record at the auction, if nothing more, was the new line of cages in the cattle pen section. Poultry sales must be doing well for the mart to add more permanent cages. I tried to take some pictures of the sale in this area but it proved tricky. Getting in position before the throng arrived would have been the best plan. 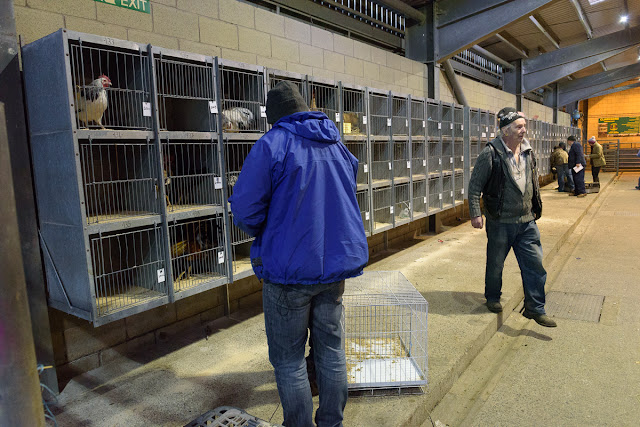 Perhaps the lesson from this is that if you stick to it and take enough pictures some of them will be OK. Another manifestation of the 'working through' a period of being stuck. If you don't take any pictures none of them will be any good!