The project vacuum continues to frustrate me, so I've resorted to the old standbys of wandering round town, locally or just photographing random stuff at home. I pretend that it's all good practice...

As a rule I see photographs of street art as nothing more than record pictures. The real picture's being the ones on the wall. However, I thought the empty cigarette packs on the table in the smoking alcove added a slightly different touch connecting real life and imagined life - or death! 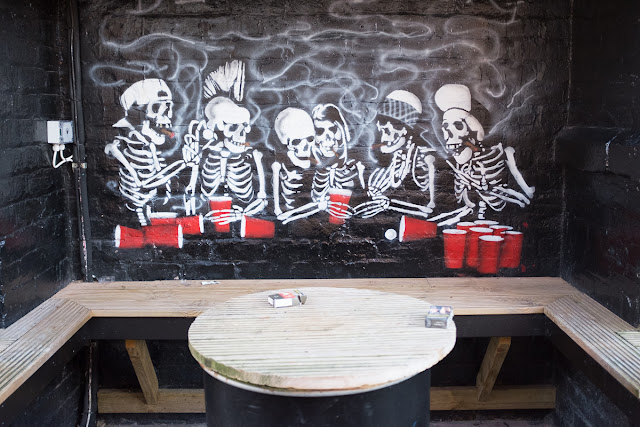 Maybe it's having the small Fuji as my regular opportunist camera that has tuned me into using a 35mm lens on my 'serious' camera. It's not a focal length I used to gel with, but that's changed. It's starting to feel like it does what either a 28mm or a 50mm can do. When I have the room to move forward or back it certainly works like that. Other times it can seem a bit too short or long. It's a good compromise for travelling light. 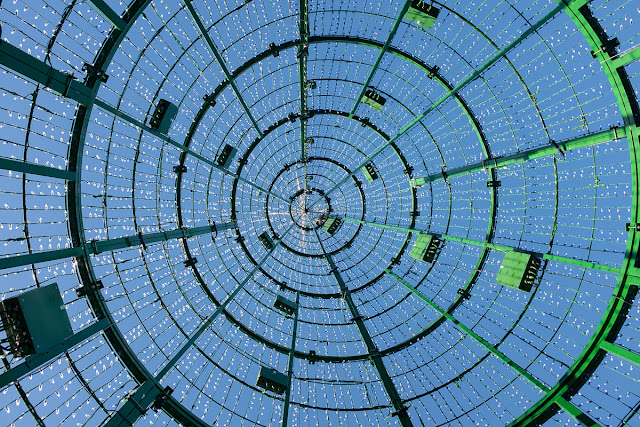 Clear blue skies are a pain for scenic shots. Putting something in the space can help. Framing this church with this shrub is something I've tried before and the frame below might be my best effort yet. Even if I cheated and used a zoom. 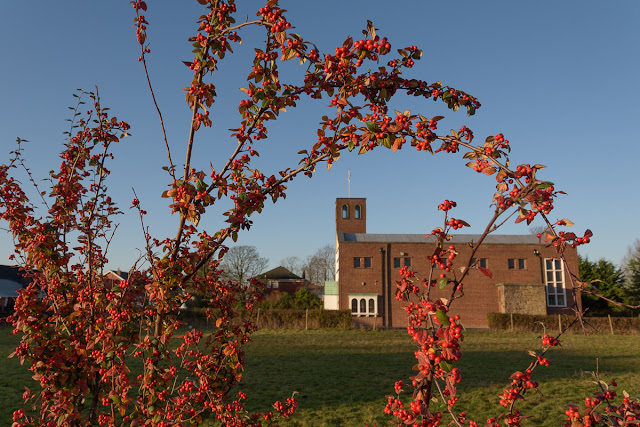 Having a camera lying around encourages me to snap sights on the Winogrand basis of taking photographs to see what things look like photographed. The accidental use of the pop-up flash made this view through a window take on a different look. 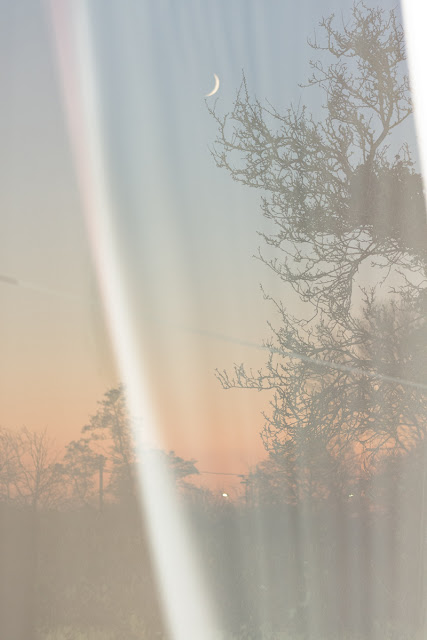 Walking by the canal on a frequent basis I'm still convinced there's a project lurking there. What the hell it is has yet to strike me. Perhaps I need to start thinking in black and white? 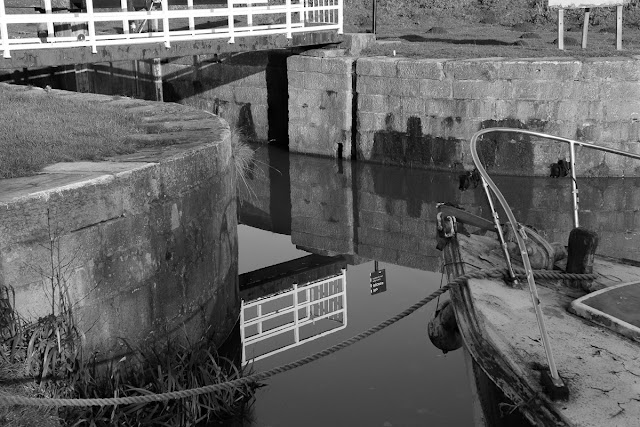 The monochrome approach could be the way in to a documentation of the village's suburban environs. Although that might be an unconscious influence of pictures I've seen over the years at work. Likewise the 5x4 crop. One advantage of black and white for this sort of thing is that bald skies can be darkened without out looking fake as the images rely to a great degree on their graphic nature. 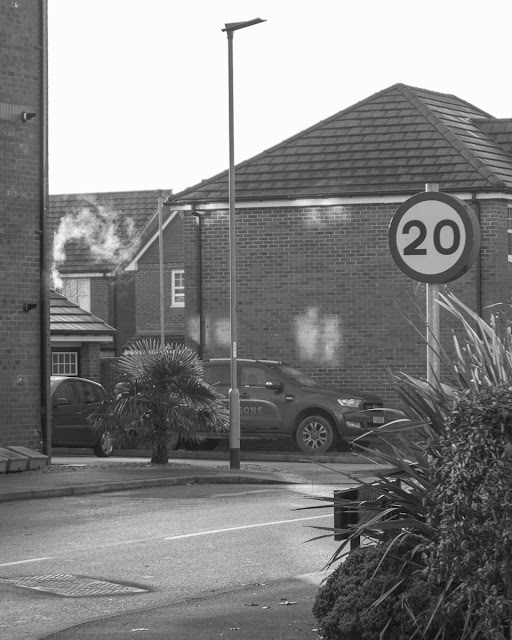 Then again, colour brings something to such subjects. As does winter sunlight. 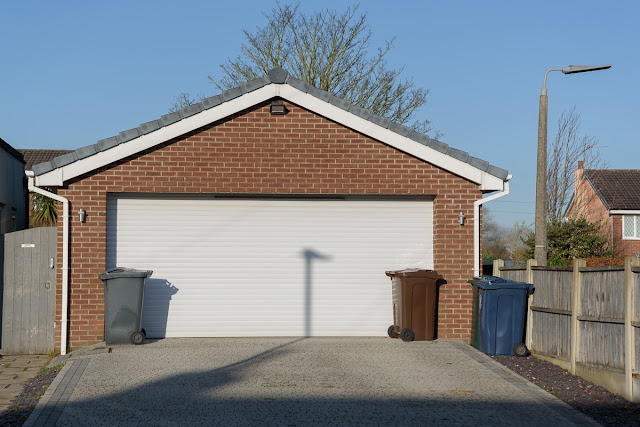 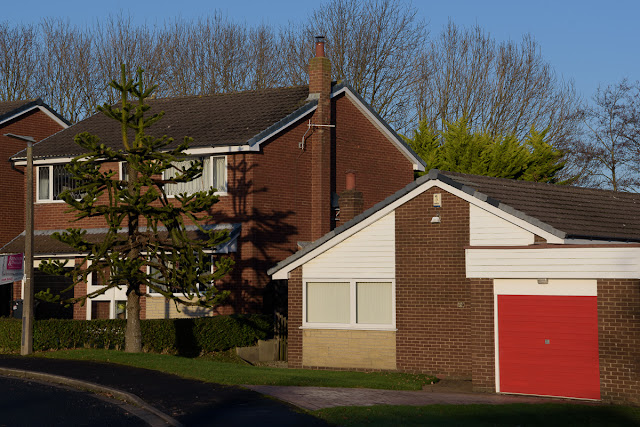 On the whole I'd rather stick to colour for documentation as it's all about recording information to my mind. looking at old pictures I often wonder what the colours of things were.

It may be the next village along, but photos of the old brickworks/builders yard would have been worth taking before the new builds started. I hope someone had the foresight to take them. 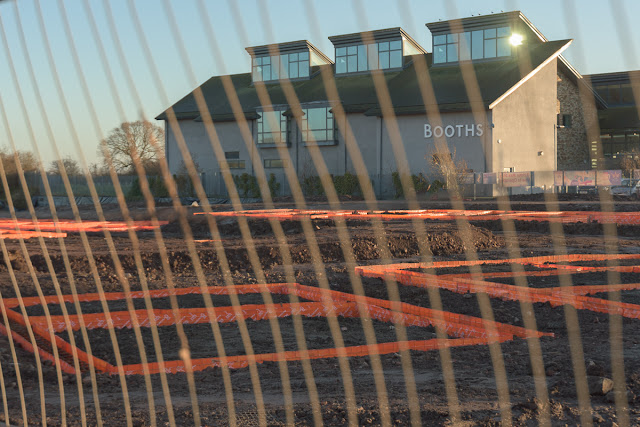 I would probably have been to a sheep dog trial today, and maybe a poultry show tomorrow but this first dry and sunny weekend in ages sees me car-less. It's no good having fantastic cameras if your most useful piece of photo-gear is off the road. Shank's Pony for me at the moment. At least it's made me start looking harder close to home.