Dogs and the 'Tube'

The weather has been putting a dampener on any outdoor activities still. So much so that I was very close to not setting off to the sheep dog auction on |Friday, and as it got wetter and wetter the closer I got I was close to turning back! Once out of the car the rain seemed lighter so I got a camera out and looked for inspiration. It was a long time coming but turned out to be the rain. 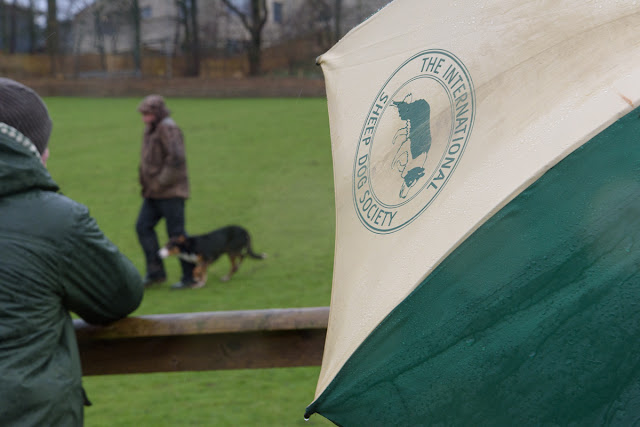 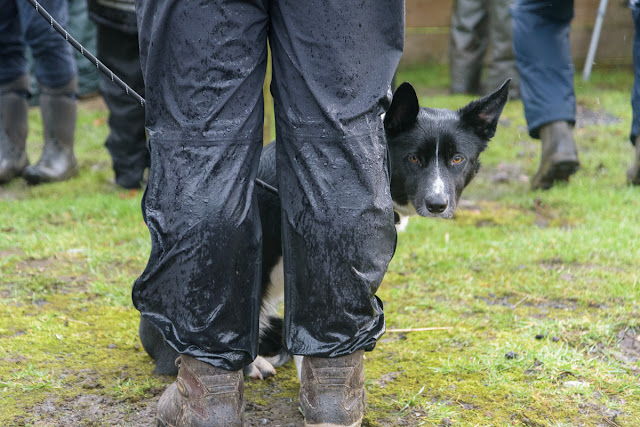 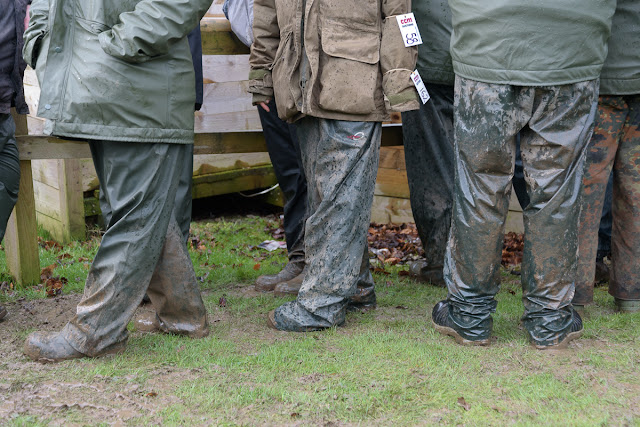 The other subject I chose to concentrate on was the dogs. Not running on the field. I'm tired of that. The dogs waiting to go on the field or in the puppy ring. 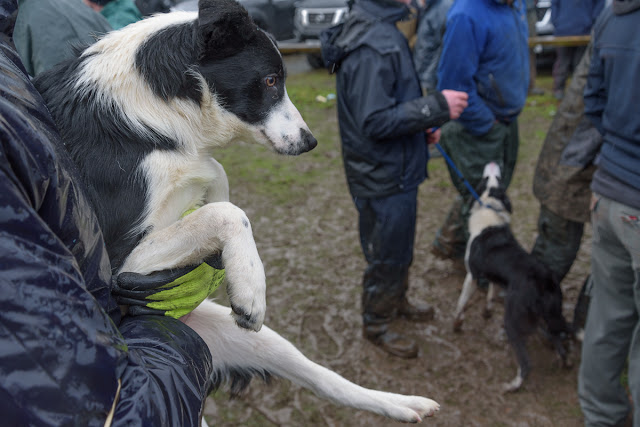 There was a BBC camera crew in evidence, along with the requisite notice about opting out of having your image used. I tried a couple of approaches to showing this. 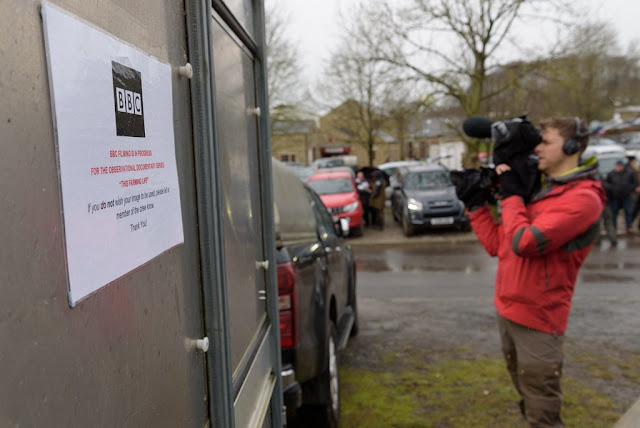 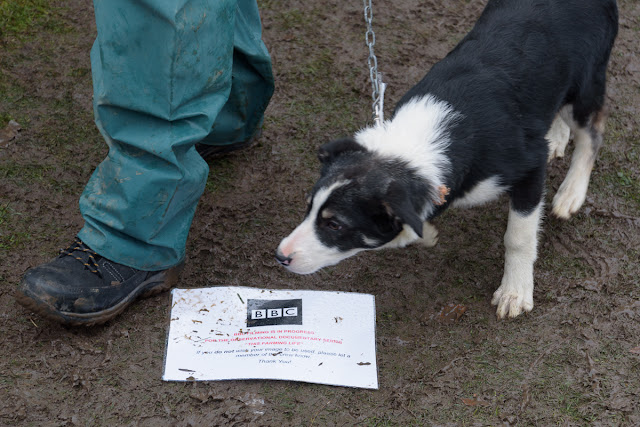 The rain eventually sapped my enthusiasm, particularly when it got heavier, so I left early and missed the sale of a dog for a record price. Not that it would have been particularly visually interesting if last year's record is anything to go by. When I got home, after driving through heavy rain and spray I heard there was flooding near where I'd left. cars stuck in flood type flooding. A few more pictures from my short visit here.

My local wanderings have been limited by the rain, and not very fruitful either. There's still pictures to be found though. It's getting time to start pulling some together into a collection I think. 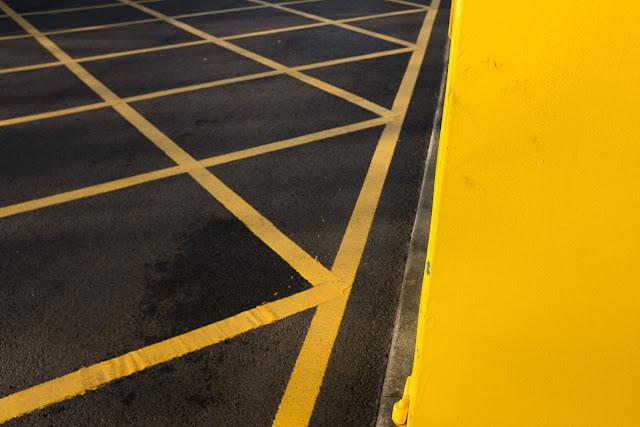 The zine project is almost complete. I got a couple of proofs printed up and it's looking quite coherent. One picture wasn't working and I had nothing suitable to replace it with so I went out for an hour to the reedbed and came away with a new idea (which didn't fit the project) and one frame which I think will serve to fill the gap. The deadline for production isn't for another five weeks or so. Plenty of time for me to tinker with the project and ruin it! 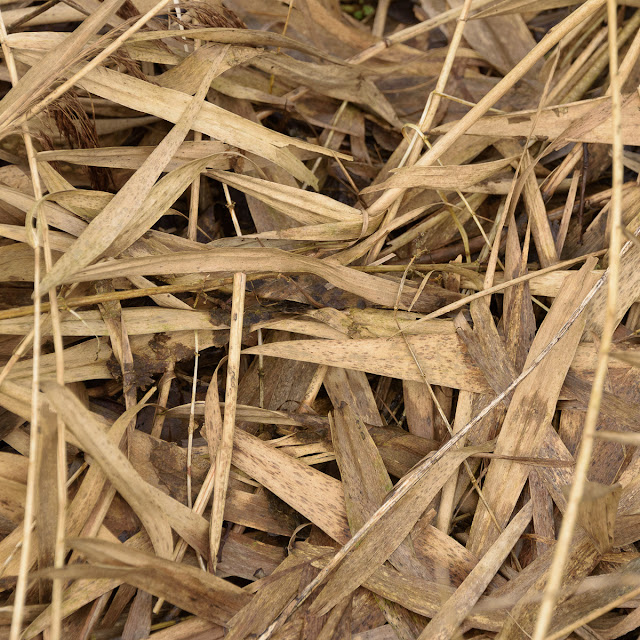 Youtube photography channels mostly drive me nuts and I try to avoid them. Quite why I've been subjecting myself to the torture of watching some lately is beyond my comprehension. What's even worse is that a couple of them have been by landscape photographers, the others street photography orientated. I guess these two genres are popular for the same reason. Their superficially easy to do. First of all there's not much to decide about subject matter. And in the case of street photography there isn't far to go.

What drives me nuts about landscape photography channels is the photographers giving the avice, and they do take the form of tutorials, are average to crap. They either churn out the same old trite stuff that's been appearing in photo mags for as long as I've been looking in them, or they aren't that good! They advice is all about superficial aspects of picture making.

The street photography vids aren't much different. The better ones (I use the term loosely) seem to also repeat the tropes of the genre. In neither of these types of video have  I yet seen any mention of having a message behind the pictures or building a body of work. There's a load of drivel talked about colour and texture, light and composition, but it's all so shallow. Sure the pictures catch the eye. They don't hold my attention though. There's nothing in them to make me want to see them again. It's like a conveyor belt of initially striking but ultimately vacuous images.