Looking back through the last week's pictures I was struck by a seeming eclecticism if categorised by the accepted photographic genres. A bit of street, some landscape, a couple of events. That's not the way I see them. I see them all as attempts to make pictures of whatever is in front of me. And in most cases add to ever growing collections of pictures.

The Sandgrounding project, which has no real focus other than the pictures being taken in Southport, has ups and downs. It's a sort of sandbox for experimentation. 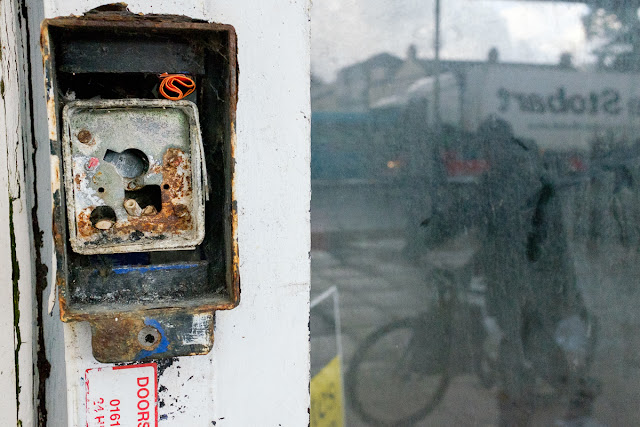 Wandering the local countryside after heavy rain often adds to my Waterlogged collection, although the pictures are quite repetitive. 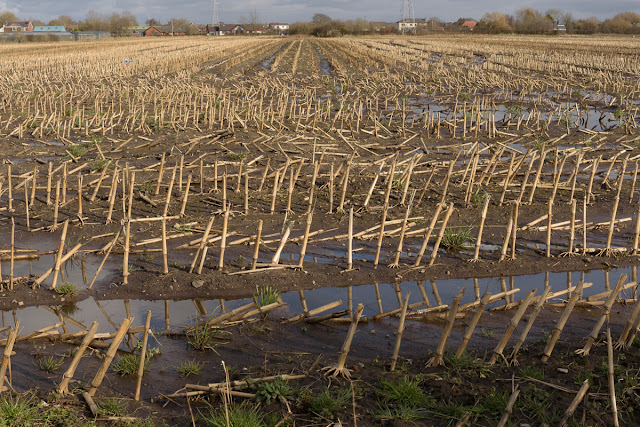 There's been lots more rain, again, and Friday was no exception. I had wanted to spend the afternoon slowly wending my way to Hawes, idly snapping as I went, to attend the opening of an exhibition. The relentless rain changed my mind. However around three in the afternoon the rain stopped and being bored I changed my mind about stopping home and set off. The conditions weren't too bad until I passed Ingleton and started to climb. From there to Hawes it was low cloud and rain all the way.

One thing I had wanted to photograph, in an anti-landscape way, was the Ribblehead viaduct. I did stop, cross the road from the car park, take two snaps, and retreat. As I'd only taken the Fuji and the Coolpix A my focal lengths were limited. I used the Fuji.

The exhibition I was going to is Teeswater Year - Farm, Fleece, Fashion at the Dales Countryside Museum which I've been to to see photographs at before. I had no time, and not much inclination, to take photos before it went dark and headed straight to the chippy.

The show is mainly over 100 photographs of Teeswater sheep and their breeders taken by MJ Peakman, Melissa, who I've met at a few Yorkshire shows over the last couple of years. There is also fleece based wall and wearable art by Yvonne Le Mare which incorporates Teeswater locks. The whole thing hangs together well in the unusual round gallery. 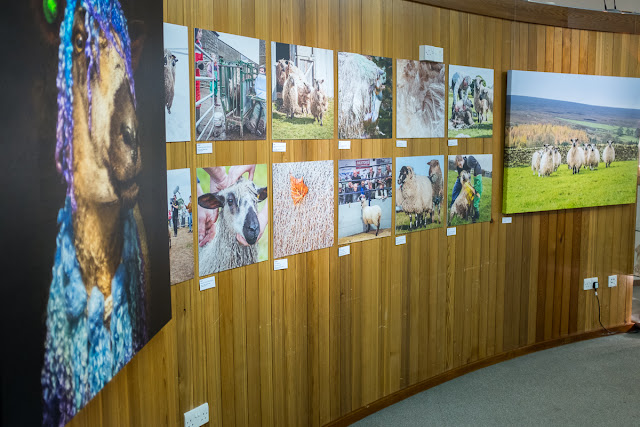 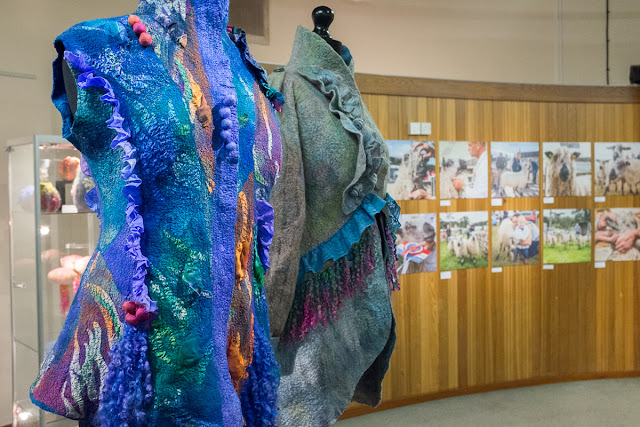 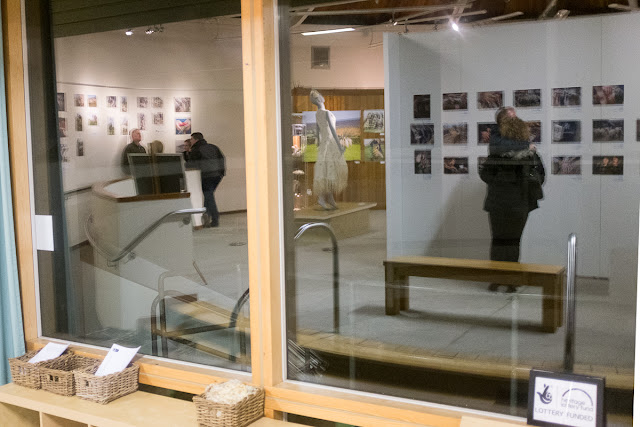 When not looking at the works I used the Fuji (mostly) to take some photos. Initially I thought it had been my least successful time taking photographs and couldn't see anything that wasn't just a snap. After a good night's sleep things looked a bit better. The camera is sluggish compared to a DSLR and failed to focus quite a few times. Maybe with more practice using it for this sort of thing I'd find out how to overcome that issue, but I don't think that's going to happen! 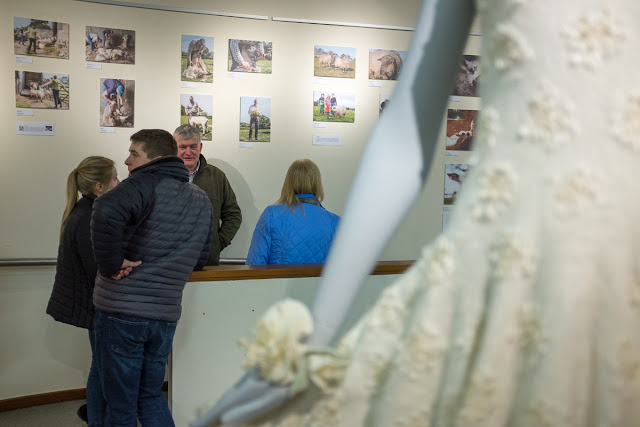 For once I found face detection to be helpful. 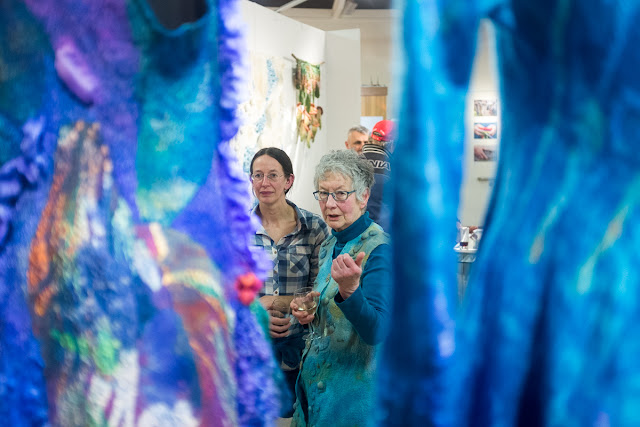 I tried to utilise some flare to make an arty shot of some art. 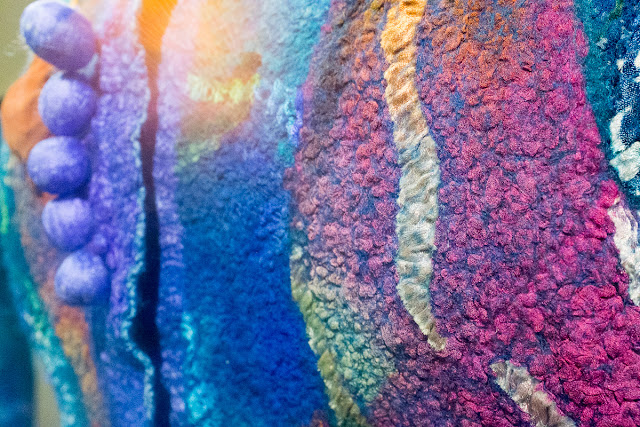 The lack of a flip down screen became apparent. 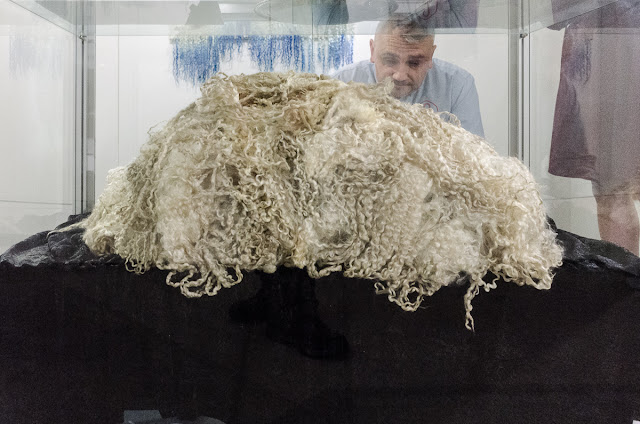 It wasn't raining on Saturday morning but I was a bit knackered. However, with the sun shining for a change I made a very late start to go to the sheep dog trial. This proved to be a mistake. It was bitterly cold with a strong wind which buffeted me at times. Then there was a hail/sleet/snow shower! The angle of the sun wasn't ideal and the sheep were uncooperative. As a picture gathering exercise it was pretty much a failure with just a few remakes worth saving. I easily whittled the 200 plus frames down to 40 or so. Most of which could be trashed without any qualms. One more trial and I think it's time to move on. 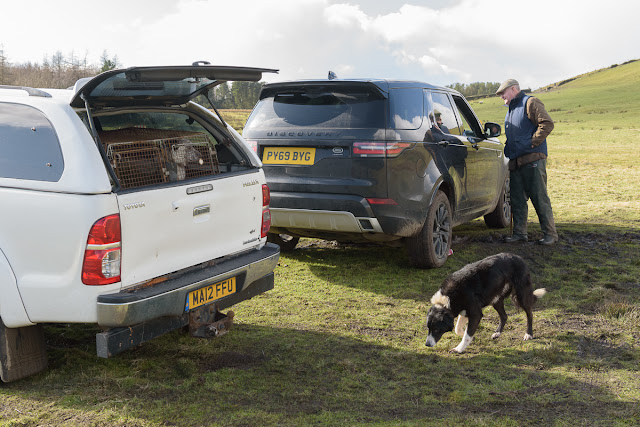 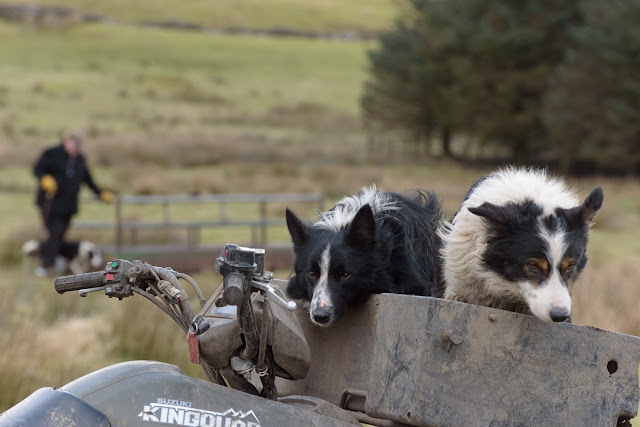 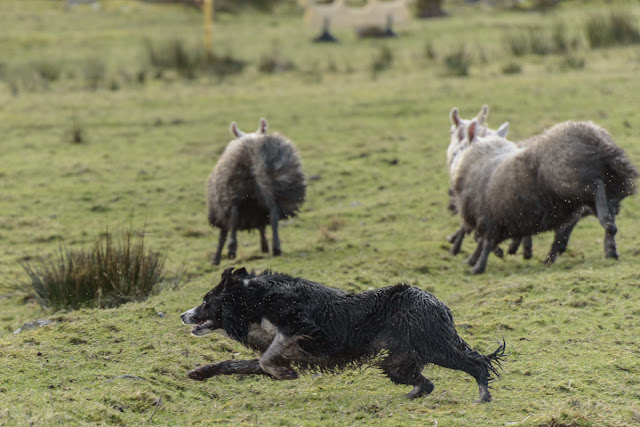 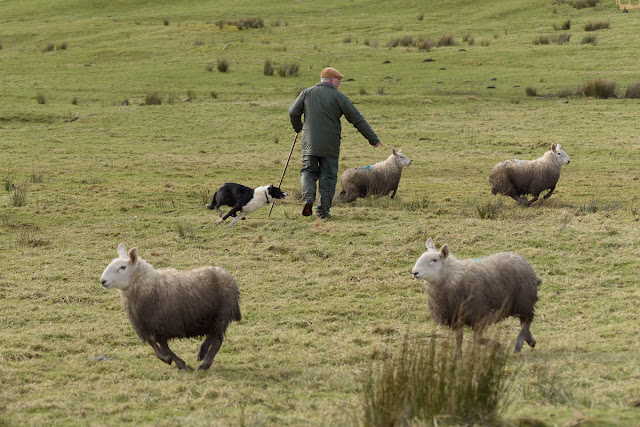