A late catch up

The longer I leave it between posts the more I forget what I've been up to! The weather has continued to be a bit flaky with a couple of warm sunny days followed by a return to wet, and falling temperatures as autumn gets closer.

On one of the sunny days I revisited the pumpkins and got a slightly better picture, aided both by the light and a longer lens. 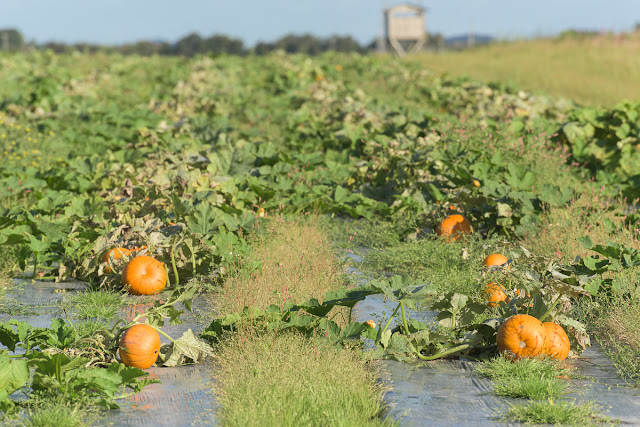 Elsewhere I made more pictures of the sodden fields and the effects of the rain and wind. 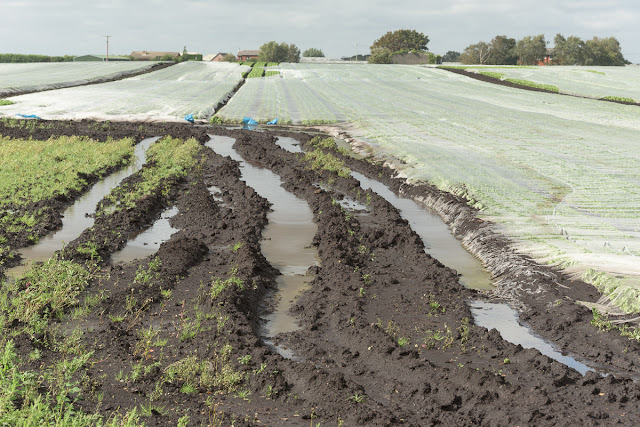 Another morning I tried to make a picture of two of the old working tractors but couldn't get a good angle. 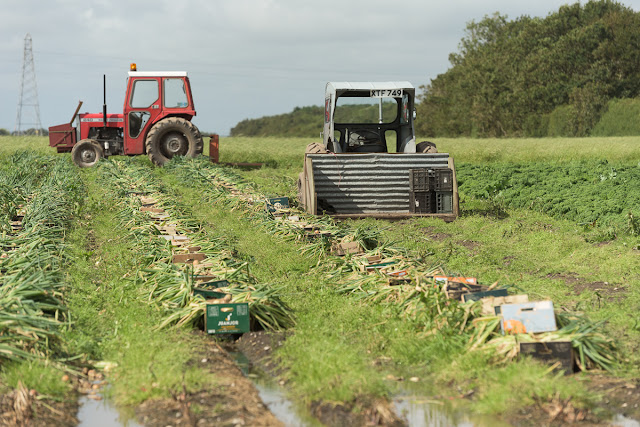 Over to my left three farmers were stood taking a break. Their presence made for a slightly better picture, but the grey tractor was still not quite right - it really needed the front end showing, at least in part. 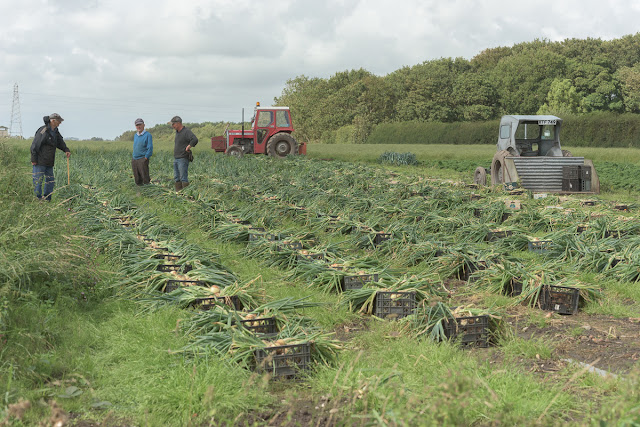 I did get spotted taking these pics though! 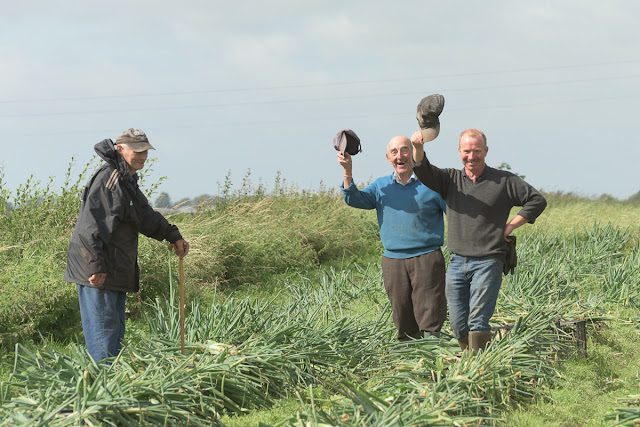 Out on a damp and deserted celery field I used my 35mm lens to take some environmental portraits of a celery harvester. 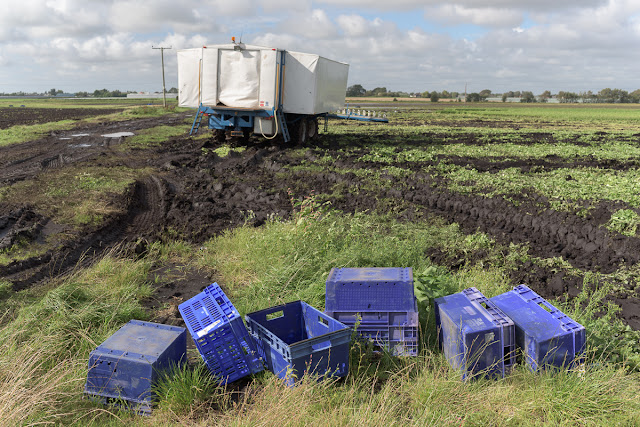 Greenhouses continue to grab my attention. In time I'll end up with enough pictures of them to make a zine or something with them. 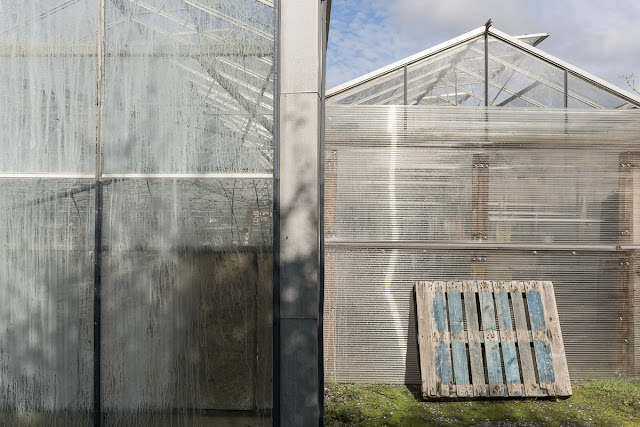 At long last I'm learning to love the 70-200. For outdoor photography where getting close to things is difficult, in the case of the moss usually because there's a ditch in the way, I'm finding it's almost perfect. I'd prefer it to be a little wider at the short end but I'm coping so far. Rather than carry a wider zoom in my bag I've settled, for now, on having a second body with a 35mm lens on it. This pairing is doing fine.

However, one evening when I was out more for the walk than the photography I took one body and the old school twosome of a 50mm and a 28mm. It didn't hold me back. 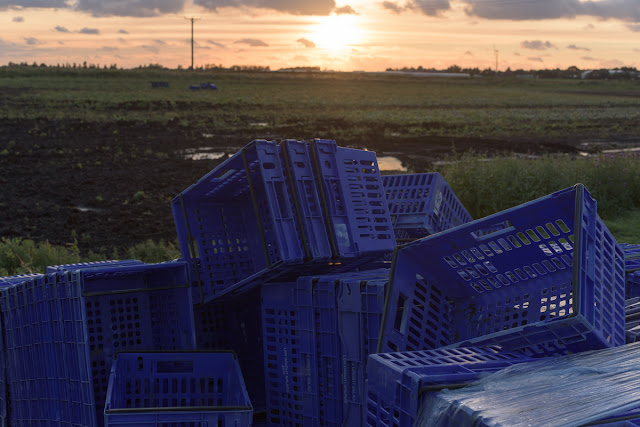 In fact I was surprised how 'wide' the 50mm felt at times. As the sun set I decided to walk back home through habitation in the vain hope I might get some 'night time' shots (by under exposing) for an idea I've got. I was a bit early for that but I did make a couple of pictures with the moon in view. One of which I like quite a bit right now. 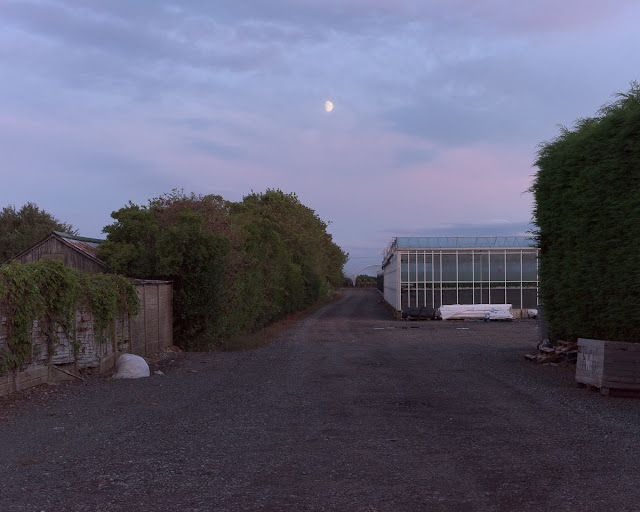 The next day it was out earlyish and more of the same old wet land pictures. 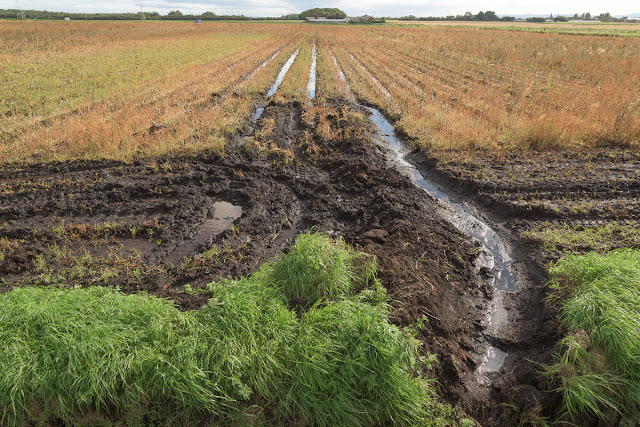 I also tried to get improve on my representation of the flattened cereal crops. I think this one is close to what I've been searching for. 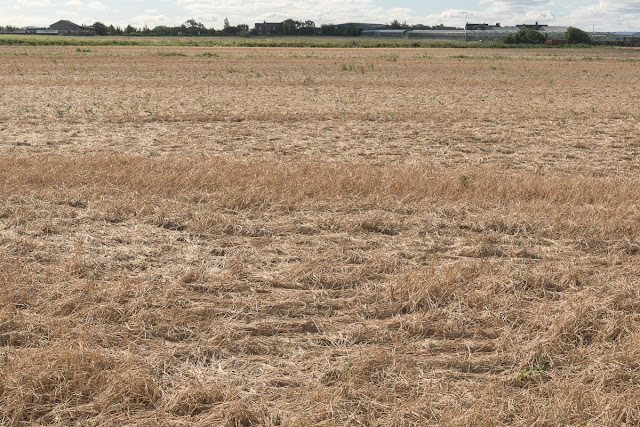 On a sunny Bank Holiday Sunday I did some work, listened to some cricket, ten popped out towards sunset, heading merewards for a change of scenery. Out there the sandier soil was drier and some harvesting had been done. I was a bit late arriving to make the most of the rapidly changing light. 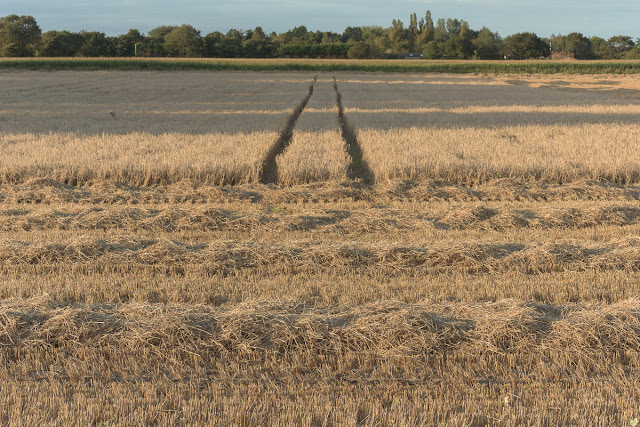 Monday morning and it was back to more familiar ground. And more of the same old stuff, just different vegetables. 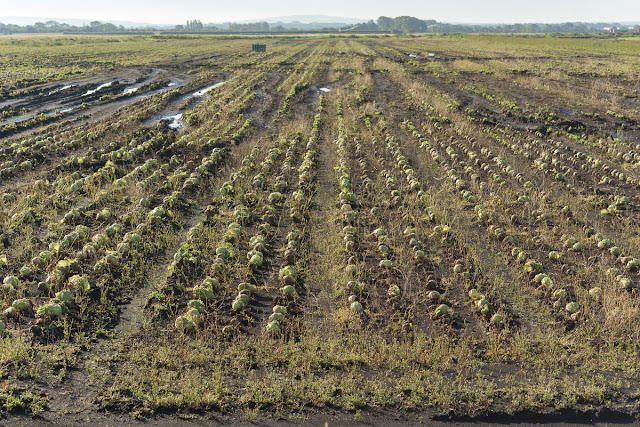 Walking the flatlands gives me plenty of time to think. But that was this morning and now I've forgotten what I was thinking about!

It was actually about the reason I manage to keep interested in taking photographs. Like everyone I lose my mojo at times, but I know the only way to get it back is to take photos. One reason, I suspect, that a lot of hobbyist/amateur photographers get despondent is that they are not broadly enough interested in photography. They only want to take pictures of the genre/s they operate within. These seem very proscribed to me.

Having been mildly obsessed with photographing sheep dog trials, auction marts and sheep shows for the last couple of years I could easily have become despondent when the Covid-19 situation stopped that for me. But as I'm interested in making pictures all I had to do was keep on snapping until another identifiable subject captured my imagination.

Therein lies the secret. I can make pictures of pretty much anything because I'm interested in how cameras make pictures of the world around me as much as I am in documenting it. I'm not sure a lot of people have that fascination for the medium itself.

Anyway, every now and then I do show an interest in the technical side of photography which a lot of amateurs seem to enjoy. When I read on the photography forum I frequent that the software I'd recently bought was able to do focus stacking (shows how much interest I had in researching it's capabilities...) I thought I'd try it out as it could be useful for my business photos of rods and other bits of tackle. Until now I'd always gone for the 'arty' shallow focus look when photographing rods close up. But only because I couldn't get any more of the rods in focus!

Today I dug out the tripod and DIY table. I even made an effort to modify the light by placing a diffuser by the window to soften the sunlight and a reflector opposite that to bounce in some fill. With the camera locked down I took a number of shots focusing at different points along the rods then stacked them using the software. All very painless and pretty effective. Plenty good enough for my needs. I'll probably never do it again though! 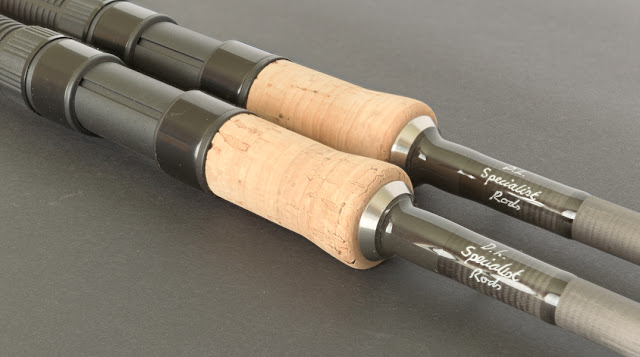