The preoccupation with the mossland continues. Sundays don't see as much work going on in the fields so I took advantage of that and got in closer to some things I'd photographed from a distance earlier. Revisiting subjects often makes me see them differently and a slightly lower viewpoint for these stacked trays and pallets made for a stronger picture than my previous attempt. I also shifted position so as to hide stuff in the background which I had included before. 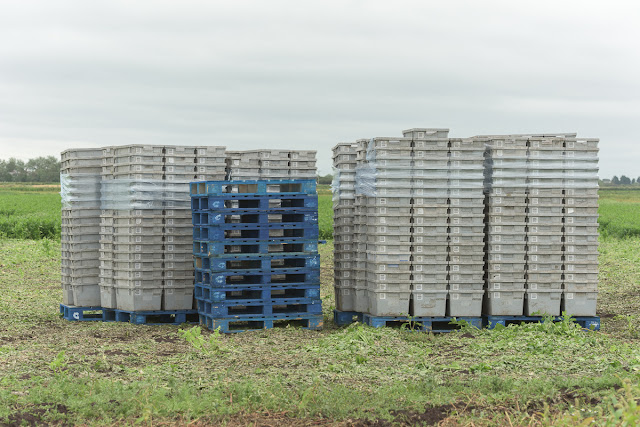 Waste and discarded veg is part and parcel of the cutting process. Quality demands have to be met to prevent rejection further along the supply chain. At least at this point it can be ploughed back in. 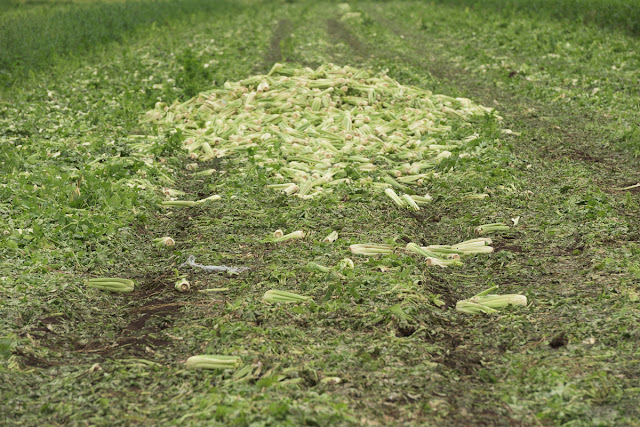 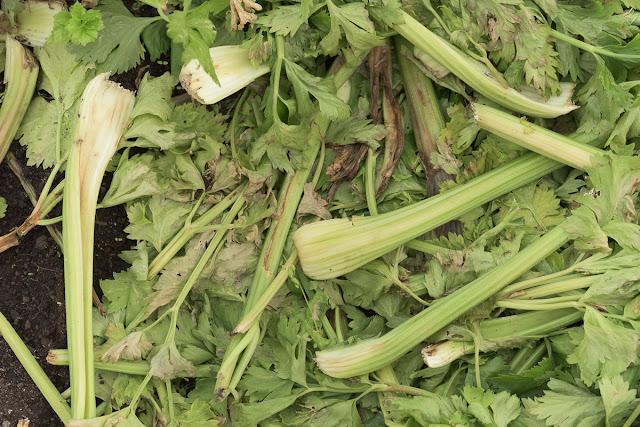 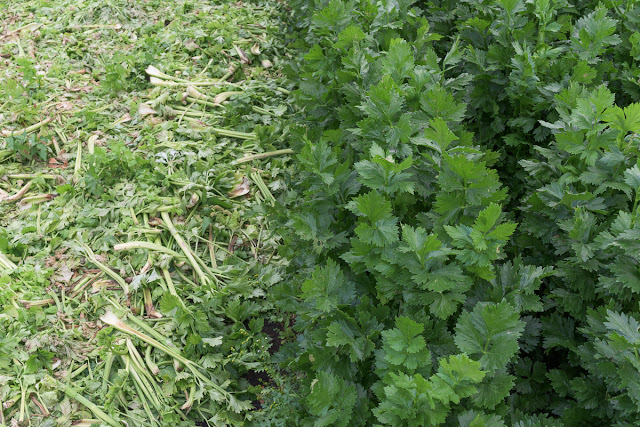 The following day I only managed to get out in the afternoon hoping to beat the rain which was forecast for the evening. It was a hot day so I set off without a jumper or jacket. There was work going on near the celery field, including some cultivation. This gave me a chance to photograph 'waste' being returned to the soil. I pictured this in suggested and literal ways. 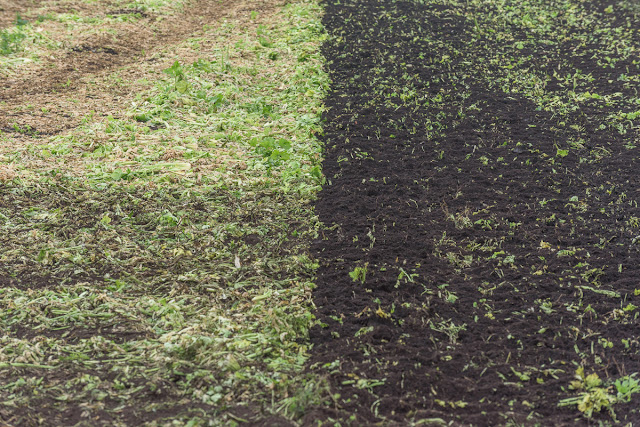 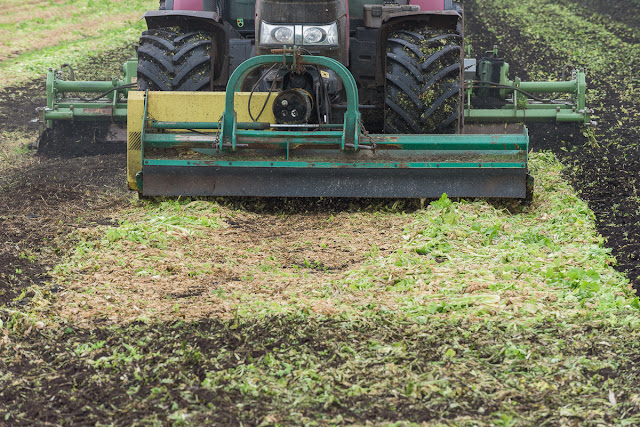 On the other side of the track was a gang of field workers cutting lettuce. I was going to avoid photographing them but they waved, made photographing gestures and hammed it up for the camera! This made me wonder if there is a cultural attitude difference between where they come from and the UK when it comes to being photographed by strangers. It cheered me up though. 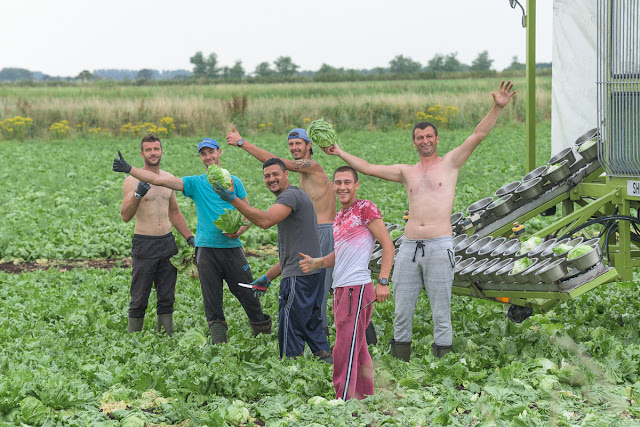 A few minutes after photographiong the workers it began to rain. Only light but there was more blowing my way. I took shelter for a few minutes before deciding to take the shortest route home.

Later that night the rain arrived with a vengeance in a long lasting and spectacular thunderstorm. It was all over my daybreak and I was determined to go and see if the moss had suffered as much as my flooded garden.

I chose not to walk through the field I usually do knowing that the ditch alongside the path can overflow. With two roads flooded across as I drove out I suspected I'd made a wise decision. 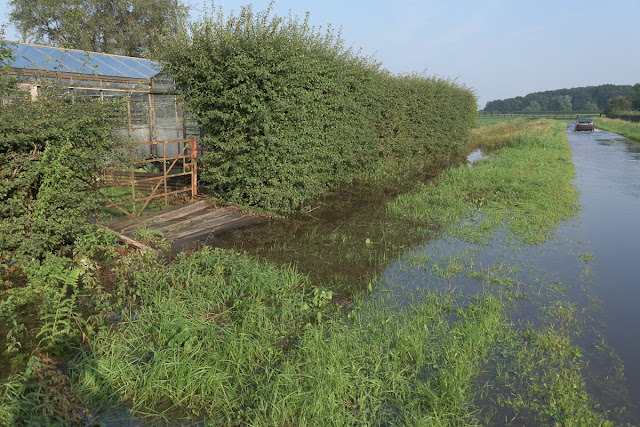 Fields were indeed underwater. Photographing them wasn't easy as most were in places where I had the sun in my face but I still managed to make some pictures which show submerged crops and the look of the land after heavy rain. 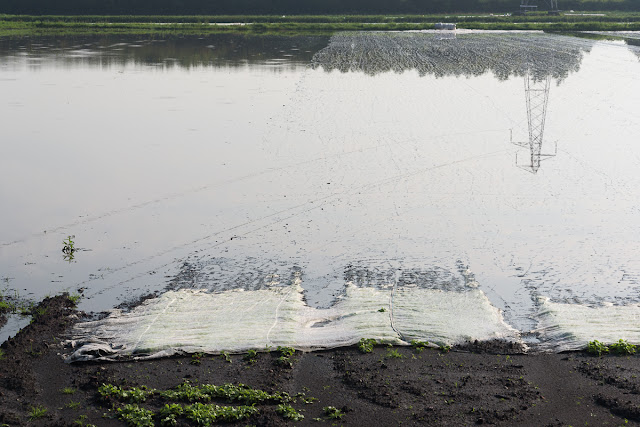 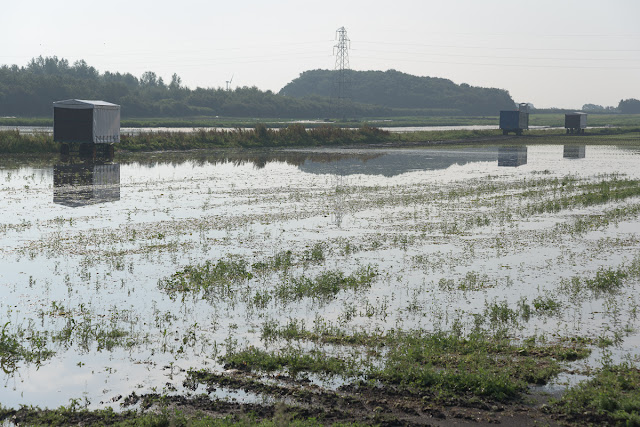 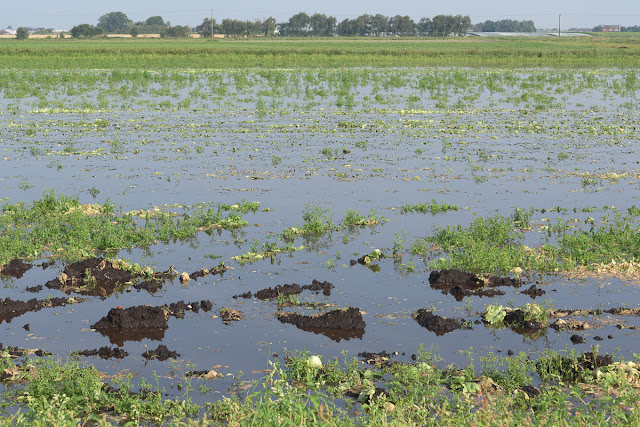 Walking past where the field path comes out on the meanygates I saw that it would have required wellies at least to make my way out, maybe even waders! Even if it had been passable the vegetation which has to be walked through would have been wet enough to soak my legs.

By the time I was nearing my car the sun was shining hotly. With no wind it made for a serene picture of a flooded lawn looking like a large ornamental pond in front of one of the moss bungalows. 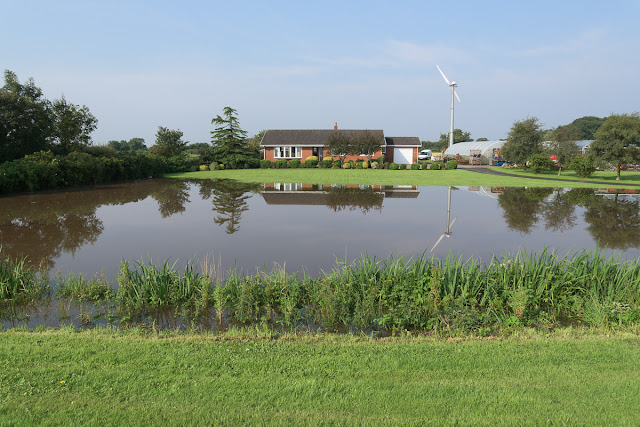