After making a few changes to the poultry book after getting the black and white copy printed the first colour proofs arrived a couple of weeks ago and looked just the way I'd hoped they would. Even so I let it sink in and become familiar with it before ordering a batch. That batch arrived today, along with some thank you cards. 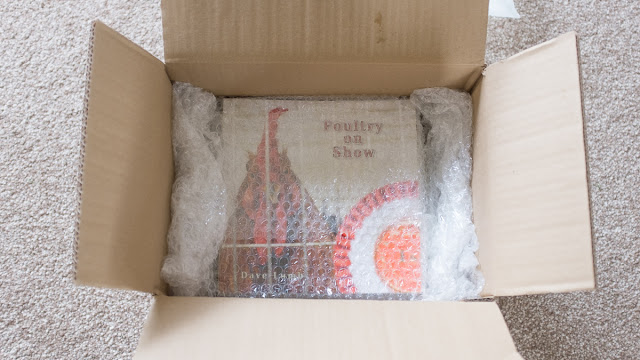 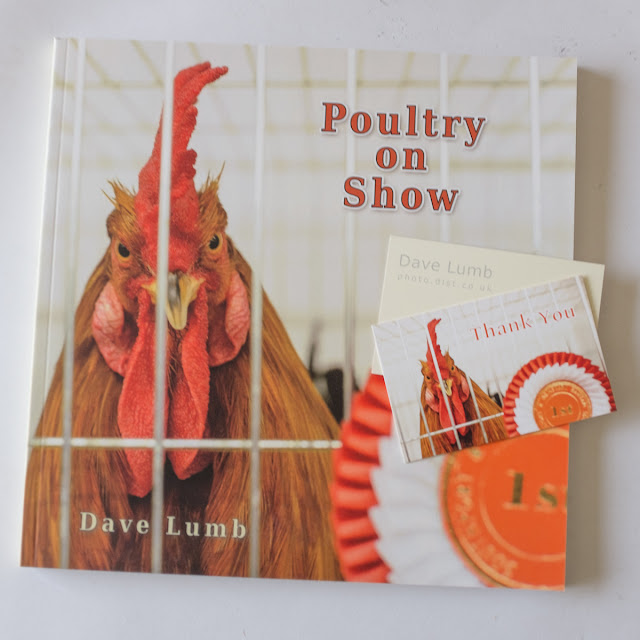 I'd already got some cardboard envelopes for posting them out in. But typically I found a better sized envelope the day after those turned up. All that remains now is to try to get people to buy some copies! Marketing a fishing book is easy for me. I know where to promote it, who to send review copies to, and I have the confidence to do it as I have done it before and have a reputation as an angling writer. I've even been kind of nagged to produce another fishing book recently. I know there's a market for my fishing output, but my photographic stuff? Time to go into role playing mode, create an alter ego and blag it!

Over the weekend I showed the book to a friend who isn't into the photobook thing and he commented that it needed some words. That got me thinking again about the whole photobook thing. I have a growing feeling that photobooks can be a bit insular. For limited editions maybe only 500 people will see a book. They are, increasingly it strikes me, books of photographs made to be appreciated by a small coterie of photographers and photobook collectors. For some books that's just great. The subject matter might have a limited appeal. But for documentary work I find that approach troubling.

I can understand the desire to have your pictures appreciated by those who also take pictures and make books, but if the subject matter is important then I think it needs to be widely seen. or at least seen by people who can relate to the subject matter. But there can also be a reason to step outside both those circles and show the pictures to people who don't have an understanding of the subject or of what makes for good photography. This is where words can be useful. If you have something to say don't tell half the story. A picture might paint a thousand words, but what if the story needs two thousand words to be told well? All this brings us back to the big question: Who are your pictures for?

My book buying has been restrained recently despite a few temptations. It would be easy yo get sucked into the habit of buying zines on a regular basis, but just as thinking about who pictures are for I also consider the subjects which interest me. And it is subjects rather than photographs which I find drawing me most these days. Zines very often are all about the photographs, with a preponderance of the kind of photographs which I don't find as appealing as I used to. The kind of stuff I often find myself doing. The boring pictures of mundane things passing itself off as meaningful records our time for posterity.

There's a place for that kind of photography, but what I am most interested in is British life, and British rural life in particular. At a pinch I'll let horse racing come under that second heading. Which is why I bought a surprisingly cheap book from ADM. A Day at the Races by Peter Bartlett is a small hardback book of pictures of, well, people at horse races!

Thankfully it's in colour. I'd possibly have given it a miss had it been in black and white. I still can't reconcile monochrome with contemporary documentary photography. In this case much of the atmosphere would have been lost if there was no colour, and as always the dreaded nostalgic aura would have manifested itself. Introduction aside there are no words in this book, which left me wondering which race courses were pictured. There are clues, and anyone familiar with the courses would know. But is it all that important? This did make me wonder if my friend was right about my poultry book needing words. 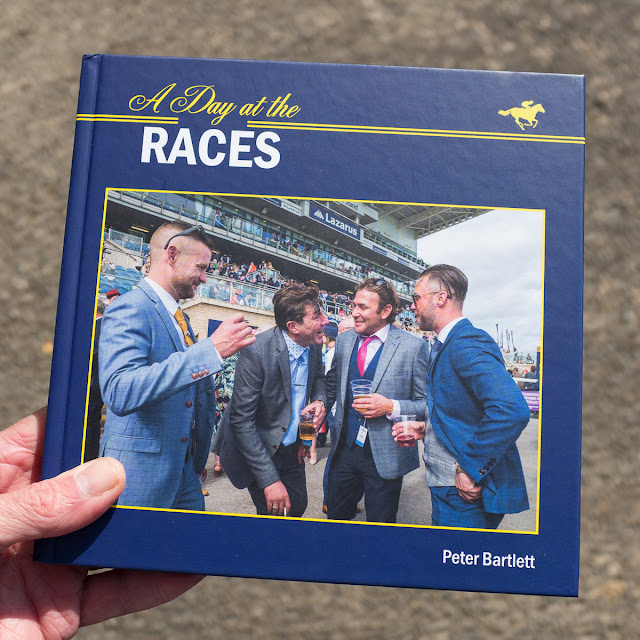 When it comes to pictures from the past, then I have no problem with back and white. That's why, after listening to Daniel Meadows setting out his Ten Rules of Photography Engagement on the United Nations of Photography podcast I went in search of a copy of his Nattering in Paradise book. I got one for peanuts. (Rules 1 and 9 are my special favourites.) 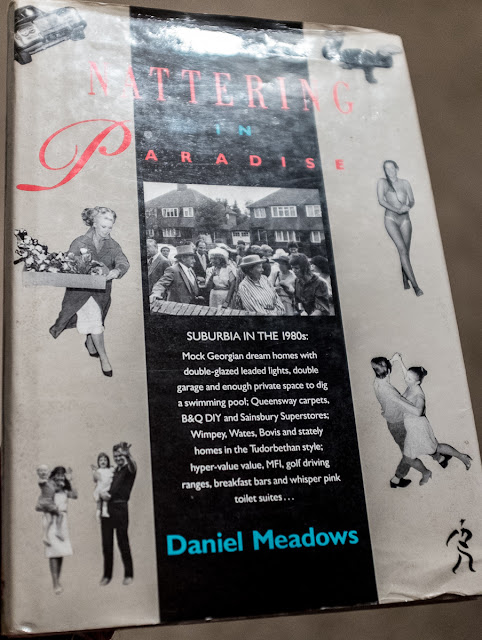 When it comes to photography from this period my preference is to by second-hand copies of books, or more recent reprints of originals rather than new publications of old photographs. Worthy as it is to publish books of pictures taken decades ago in order to preserve them and/or bring them to a younger audience, their meaning has been changed by this repositioning. I want to see contemporary photography. To see what is going on today, or in the very recent past. Especially if it is 'hard hitting' documentary stuff - which should be in colour.
If I get round to doing a concerted project about an aspect of rural life when it's presented it will have words.
Posted by Dave Lumb at 21:45