Scratching around in the same old hole 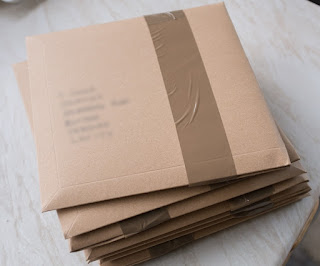 First the good news. Thanks to the social media PR skills of one of my poultry friends my book has covered its costs within a week of going on sale. With a handful of copies left from my initial tiny print run it's time to decided whether to get a lot more printed and make a proper job of promoting it more widely, or to leave it be. I hate making decisions. especially when they cost money!

In other publication news impatience got the better of me and I ordered 20 copies of my zine for the next Talk Photography zine swap at the end of this month.

It's turned out okay, with a couple of caveats. The trimming and stapling of the pages has messed up my careful design a little, and the paper isn't as heavy and glossy as I'd have liked. But it'll do. It is a zine after all. No pics of it yet as the zines are only revealed when they arrive through the post. The element of surprise is all part of the swapping experience.

I have another zine all done and ready to print. I can't wait six months for the next swap so that one will probably be getting printed in a week or two once I've settled on paper stock to go for.

The meanygate/moss project is winding down. It may already have ground to a halt. Activity and change on the moss is minimal now that winter's approaching. I've had three wanders with next to nothing to show for my exertions. One time I came back without having taken a single shot.

There have been some additions since the last post on here. Time to knuckle down to some serious editing of what I've got. 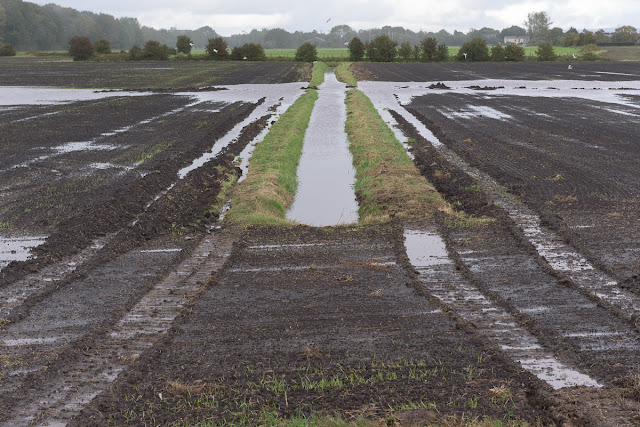 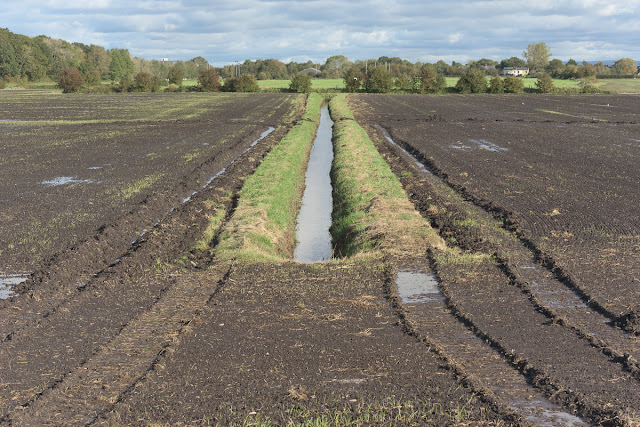 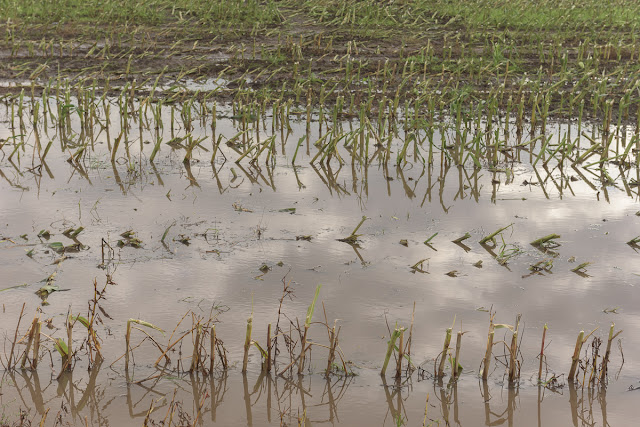 As can be seen, there's been a lot of water about, which is partly responsible for the lack of work in the fields.

On the lookout for something to get my photographic teeth into I've been driving out locally to walk different areas of the flatlands. With my usual impeccable bad timing I happened across a group of detectorists just as they were packing up to leave one sunny weekend. If it hadn't been for all this Covid-19 distancing I might have engaged with them a bit more than I did. I was surprised that they had found musket balls in the field. 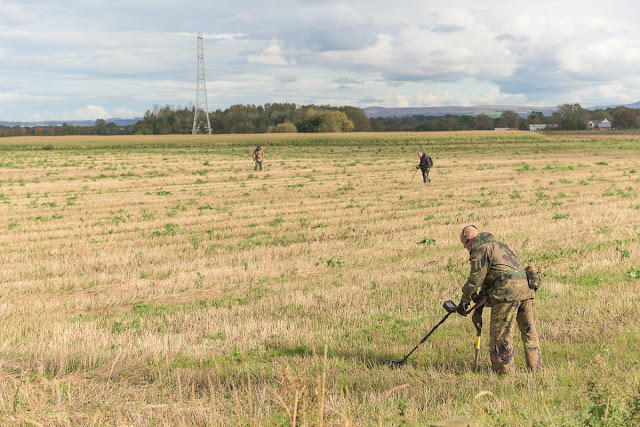 There might be a project to be had connected to the playing fields some day. The goalposts often draw my eye, as they have done for a long time, and often seem to make better black and white pictures than colour ones. 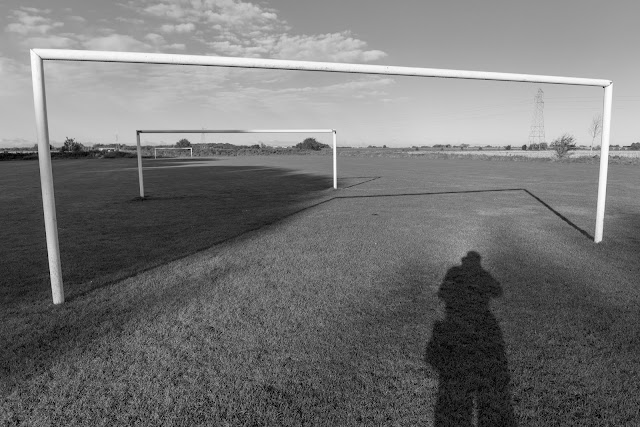 But I think a playing field project ought to be about the people who use it. Which brings us back to distancing. 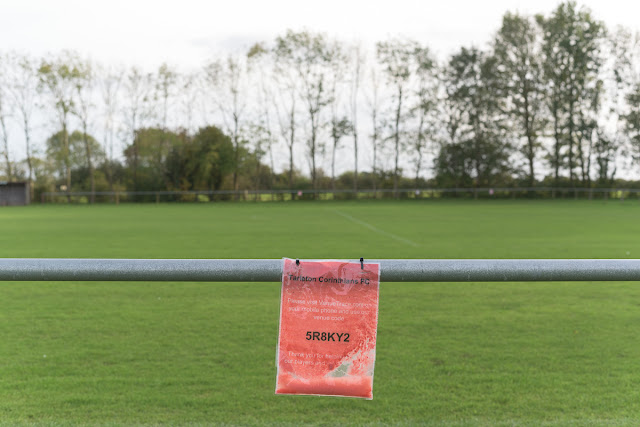 With that idea kicked into touch I thought I'd revisit my after dark walks and see if they could be developed any further. The first one was pretty much a failure. So much so it's put me off the idea. It might just be that the weather was bland. My previous nocturnal walks have been in mist or light rain. Mist diffuses any light and rain makes for reflections on tarmac. Both can make for interesting pictures. I did start to get something going with security lights and cars behind hedges. And again, subjects which work well in black and white. Not least because noise isn't a distraction in monochromatic night time pictures. 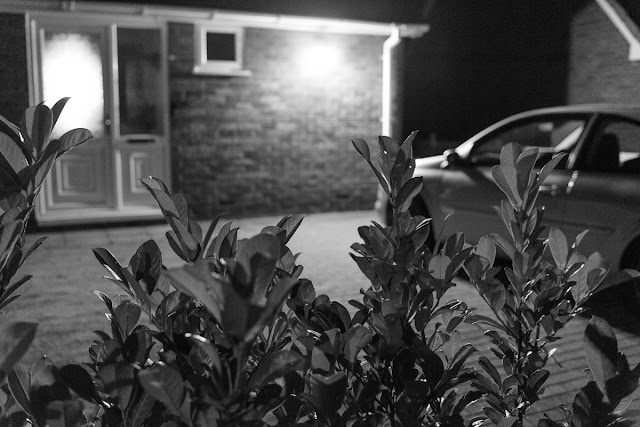 Whenever I'm scratching around I tend to revisit places. The neglected barn is one such place. Other than the loss of some more corrugated sheeting not much had changed since my last visit. Although I don't know if the toy car was a new arrival or something recently uncovered. I tried to make a picture of it, this one using the pop-up flash on my camera. 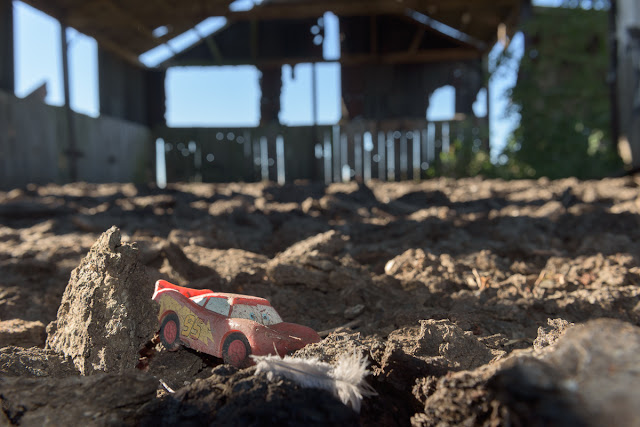 In desperation today I went for a walk somewhere new, as far as looking for photographs goes. Still local, but a little different in character. If I'd not been so daft as to take just a 50mm lens and taken a standard zoom instead I think I might have come back with more food for thought. The light was flat, which doesn't bother me, but there was some subject potential which might have benefited from sunlight. Not these two though. 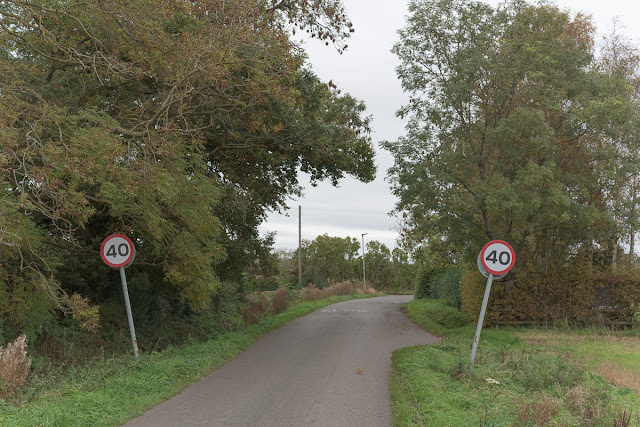 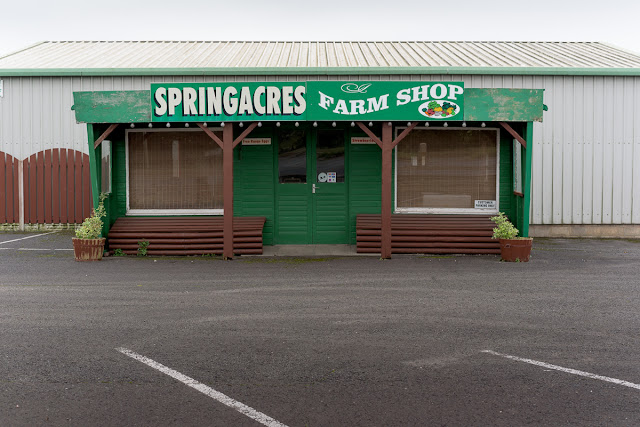 Nor this one. Which might have sparked an idea to follow up. This black and white trend is getting worrying! 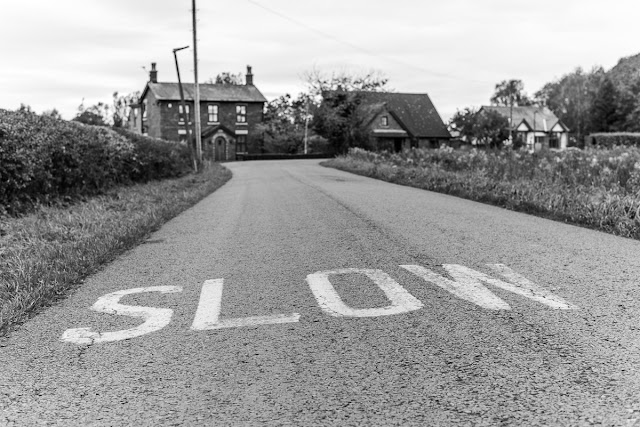 All these pictures devoid of people is getting depressing. It's no wonder lots of photographers are making Covid-portraits of people wearing masks. A bit of an easy option if you're an urbanite. Out in the countryside masks are thin on the ground. That's another easy option... 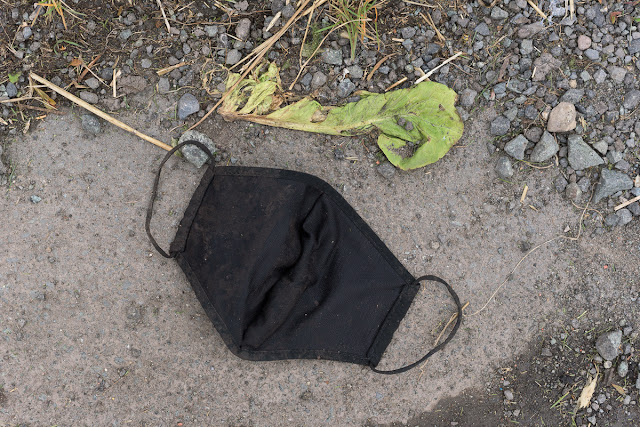 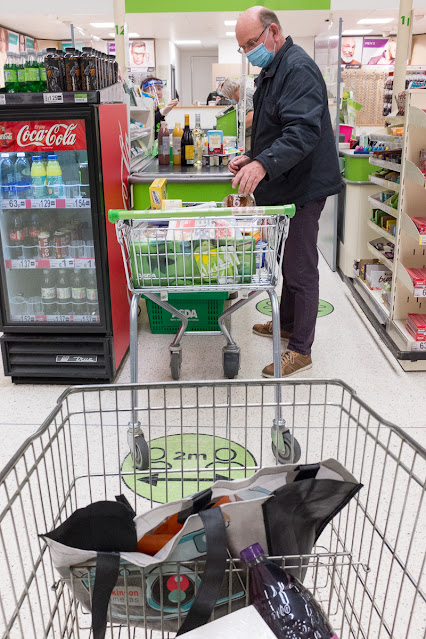