Another Saturday, another show and sale day.This time it was two shows and two sales. In some ways more of the same old, but with a twist in the shape of a different breed. OK, so the first show and sale was Gritstones, which were again well represented by breeders on large and small scales. The second show (which I missed most of through being in ringside for the Gritstone sale) was of North Country Cheviots. A confusing breed for me as they come in two varieties - Park and Hill. I have no clue as to the difference! 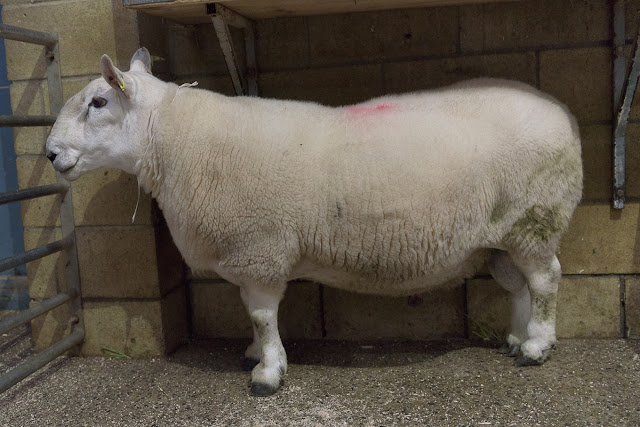 This time I was better prepared in the lens department using my fast, standard, zoom for most of the time, switching to my versatile but slightly slower lens for the sale where the light is much brighter. I also used the faster lens when I wanted to go a bit wider. I also took my 85mm along to see if I need it. I don't. It's a lens I've never gelled with despite the focal length's popularity among the massed ranks of photography forum users. My plan is to trade it, along with my teleconverter, for a macro lens of some sort. Probably a 90mm. I don't often need a macro lens but it will get more use than the 85 and will at least do something my other lenses can't. 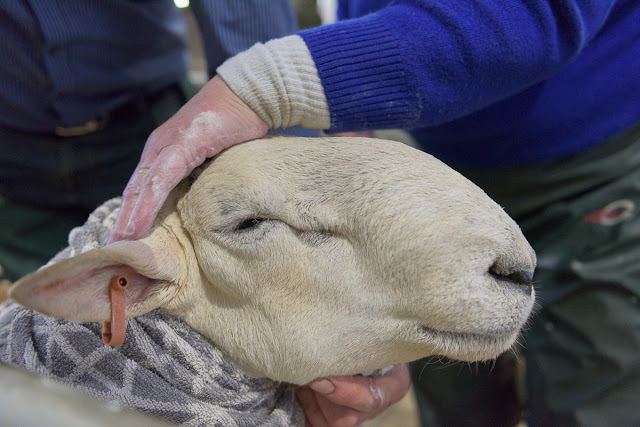 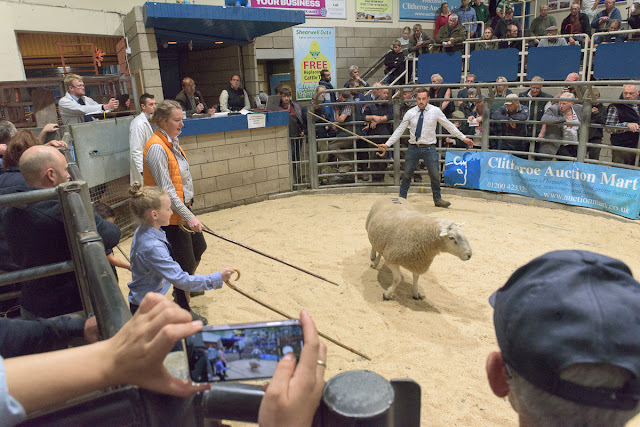 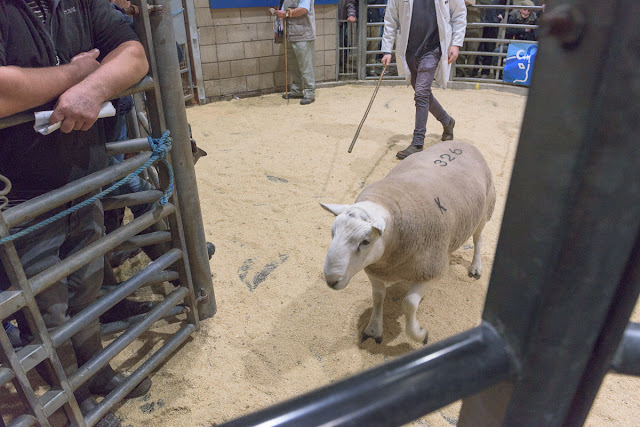 Although there were more Cheviots being sold I spent more time with the Gritstones, and by the time the white-faced sheep came to the ring I was getting brain tired. Even so I did get some different angles.

Something I have noticed about my show and sale photographs is that I make a lot of pictures that have a lot in them. Whereas other 'sheep photographers' tend to go for more tightly framed shots. I don't know if this is good or bad. I do try to adopt both approaches, but I like looking for wider views with some visual rhythm to them, and also try to keep an eye open for random intrusions into the frame, odd croppings of figures, and other accidents. These seem, to me, to add vitality to the pictures which rigidly composed shots can sometimes lack. 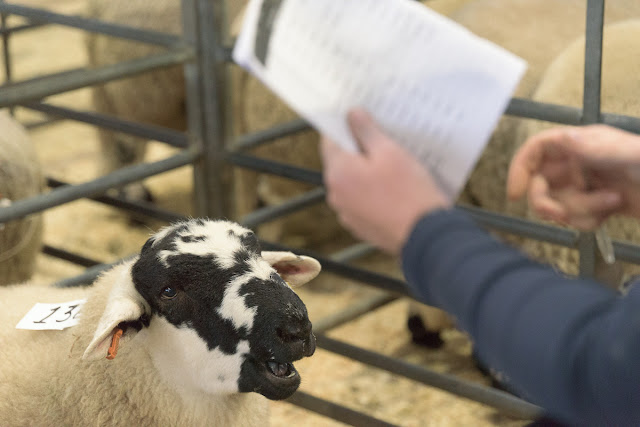 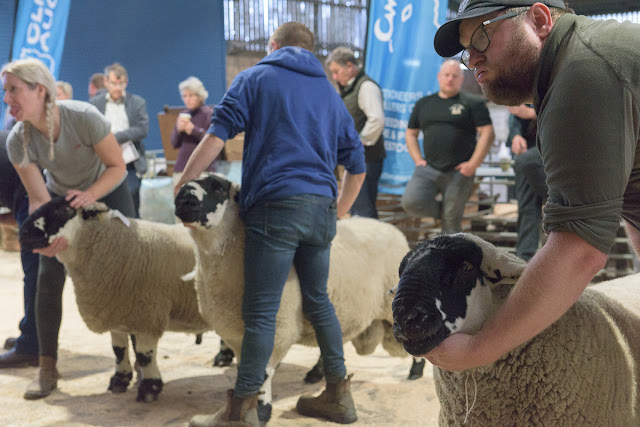 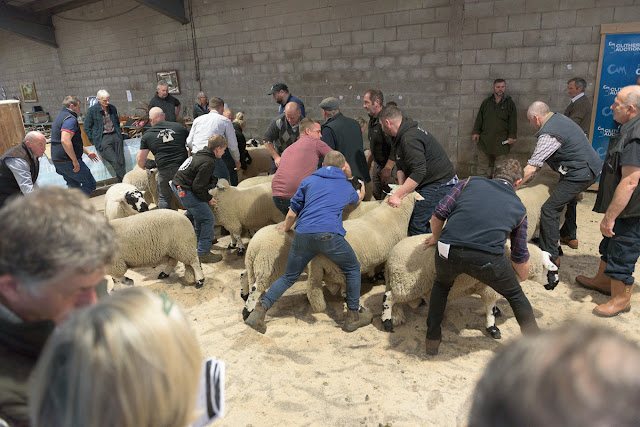 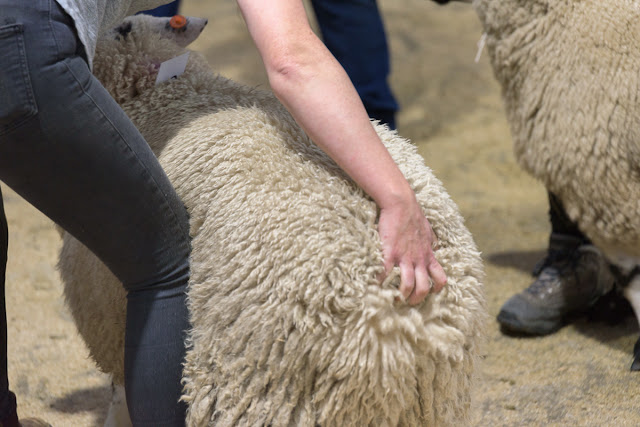 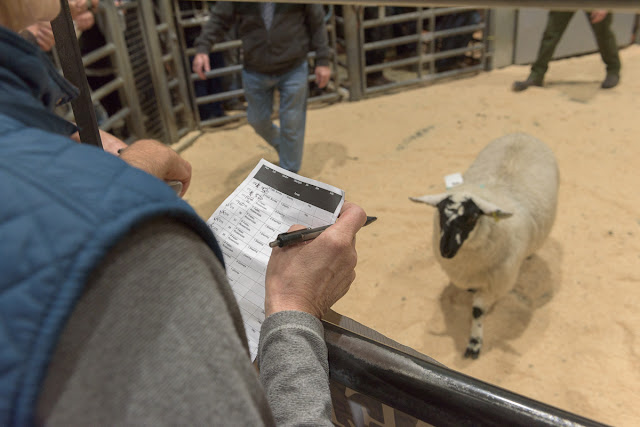 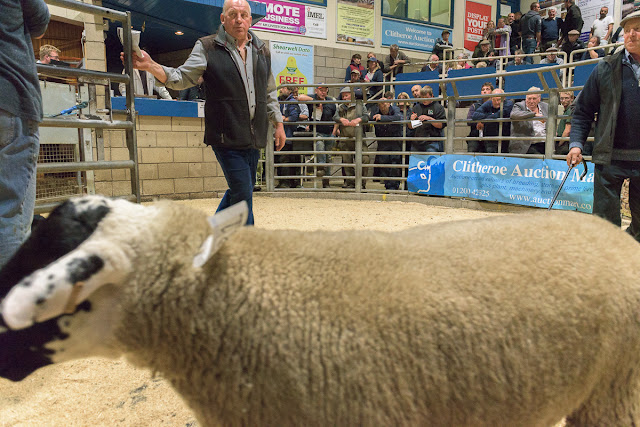 Another thing that's been in my mind again (I've mentioned it in the past) is that my approach  to this sort of subject is less journalistic than it might be. Other photographers seem to manage to record the prize winning sheep and the ones which make the most money. If I any of those make it into my edits it's by pure chance - unless I'm asked to photograph them! I suppose I'm always looking for pictures that give the flavour of the event rather than the straightforward documenting of facts. As Tom Wood said, "When the stuff is too journalistic and documentary then it is journalism, if it is too conceptual and arty then that is another thing, but where the two meet - that is interesting." That's my excuse - and I'm sticking to it!