Two days of madness this week with a breeding sheep sale held over two days. 5000 plus ewes on day one, 300 plus tups on day two. The first day being a long one. I had flagged by two thirty and as much mentally tired as physically gave up, but the sale carried on for another four hours. no doubt one of the staff when asked how he was shortly before I left said he'd be all right by the following night! 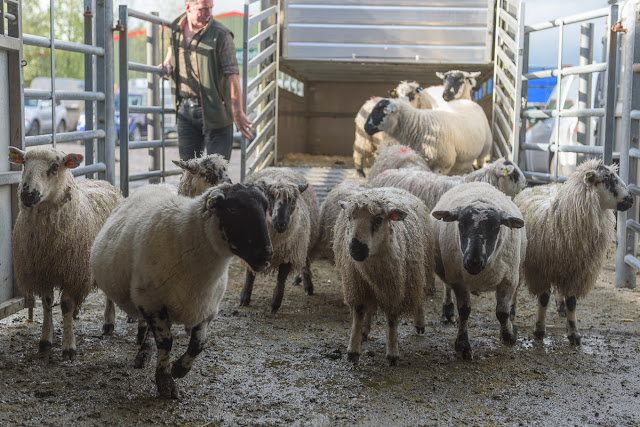 I didn't arrive too early, knowing it would be a long day, the light would be rubbish early on, and that sheep would be arriving for a long time after the seven thirty start. I had plenty of time to get arrival pictures, something lacking in my files. 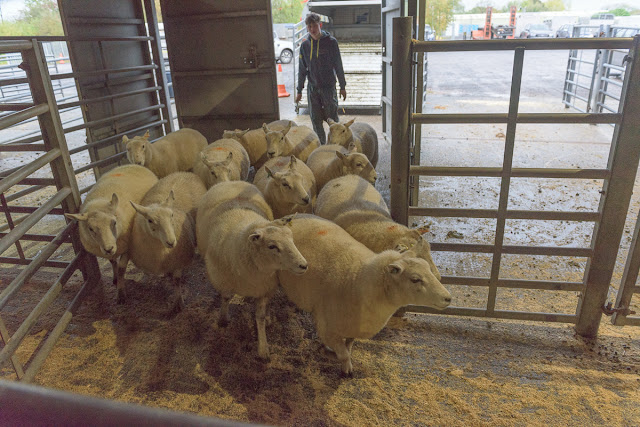 There were sheep everywhere, in all the available permanent pens, in the temporary pens and anywhere else they could be accommodated. 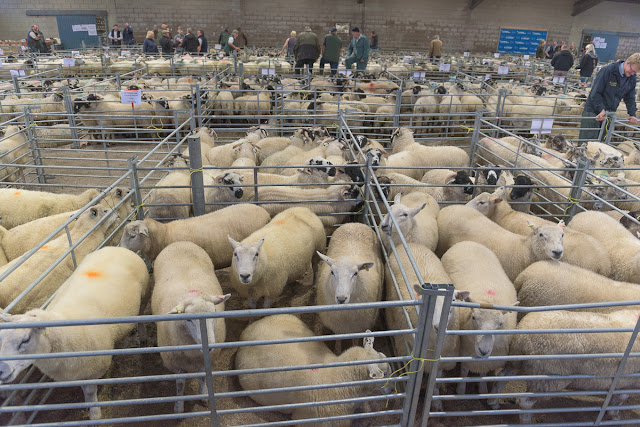 All the usual problems were to be overcome. Finding new ways to show things being the main one, but there were also technical problems like white balance variations and the lack of light. On sunny days there's some ambient light finds its way in and brightens the inside of the sheds. Two days of gloom were what I was up against. 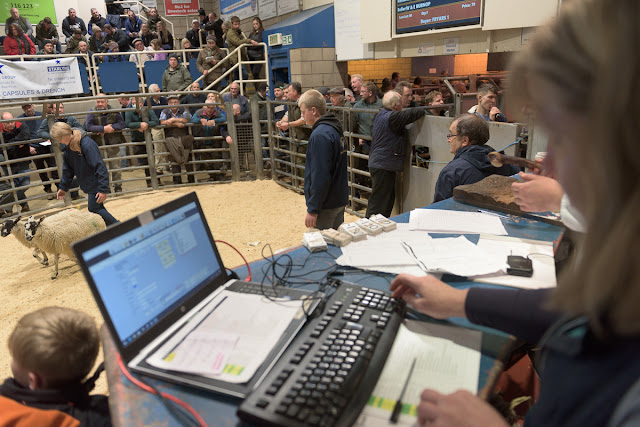 I find myself using the flippy screen a lot to give my self a sheep-level view. And always struggling with the awful autofocus using the screen. It might be time to spend some money on a camera with better liveview focusing. Or I could get my knees replaced so I can get lower and look through the viewfinder! 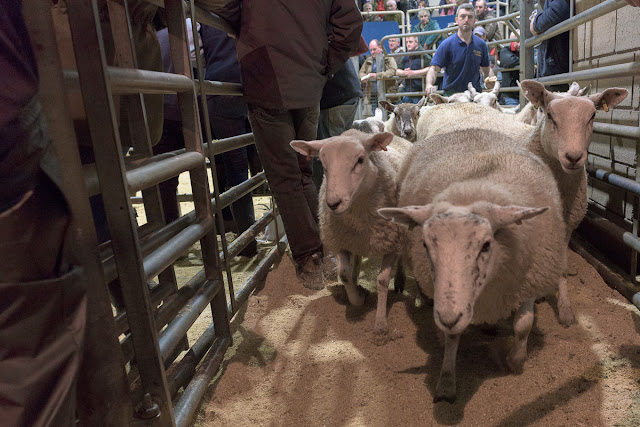 Knowing day two would be less hectic I made a slightly later start. There was the usual stuff to see and the usual pictures to make. In the main shed I used my two prime lens approach, which is becoming my preferred way to operate if I can. Aside from the lenses being lighter than a pair of fast zooms the shutter sound seems nicer too. It probably isn't though. 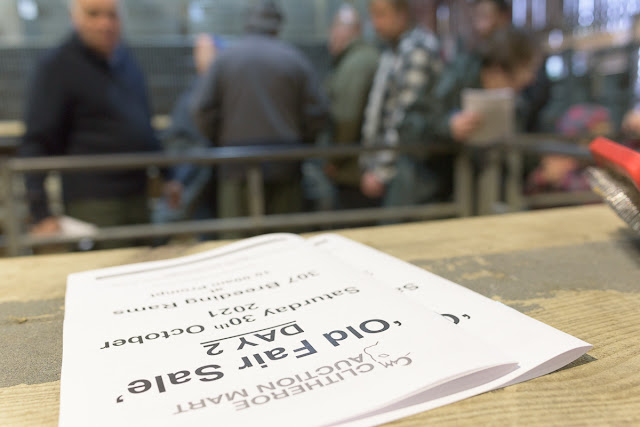 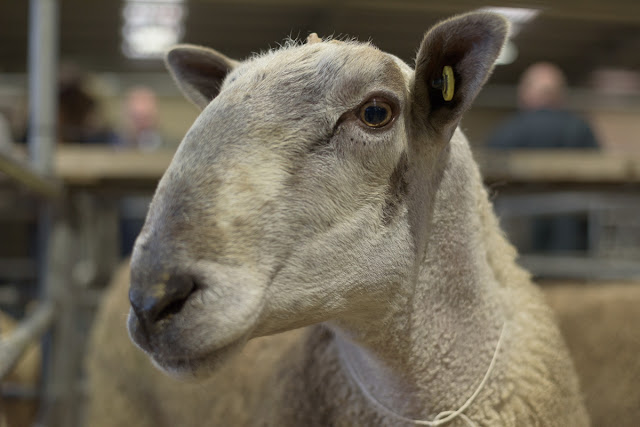 In the ring, which is much better lit, I ditched the long zoom and went with my all-purpose zoom. If it gathered more light I think I could live with it as my only lens. If only life was that simple! 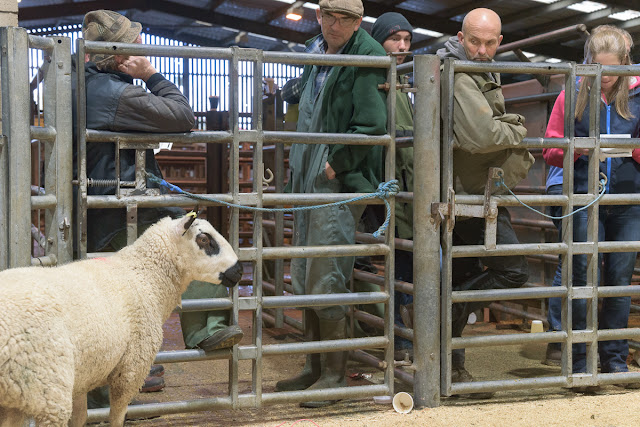 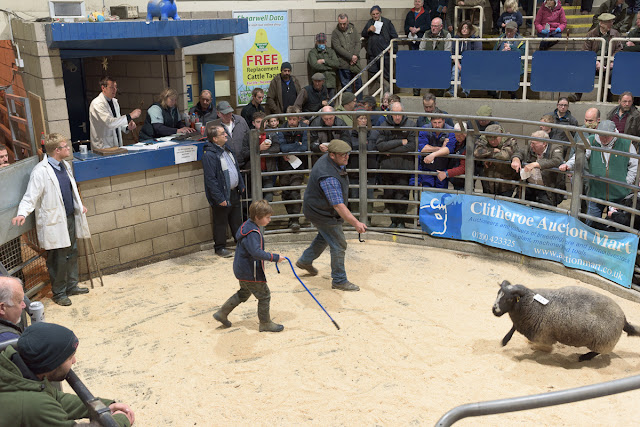 Once more I find the pictures with lots in them the most interesting. I made an A3 print of one from an earlier sale and it 'works' much better than as a 1200 pixel wide jpeg on a screen. There's a pleasure to be had in looking at the expressions on the faces of the people around the sale ring as well as having a picture which works as a whole. Much more engaging than simple close ups of a few faces. For me at any rate.