We've entered that dismal period of the year when there really aren't enough daylight hours. And the weather can be awful. Only rarely can I find time to get out after doing some work through winter, and then it never seems to coincide with anything like sufficient light. The lack of light on dark winter days is something I've decided not to contend with when there are sheep dog trials on. I've had enough of returning to find the majority of pictures are just mush on such days. I have no intention of spending the money required to get faster lenses than I have - not least because I'm trying to declutter my lens 'collection' rather than add to it! That's why I've not done much photograph taking of late.

What little I have done has been very local and haphazard. I left it too late to catch the rams head in the process of demolition, meaning all I managed to photograph was a pile of rubble. Built in teh 1600s and pulled down to make room for yet another Aldi supermarket. 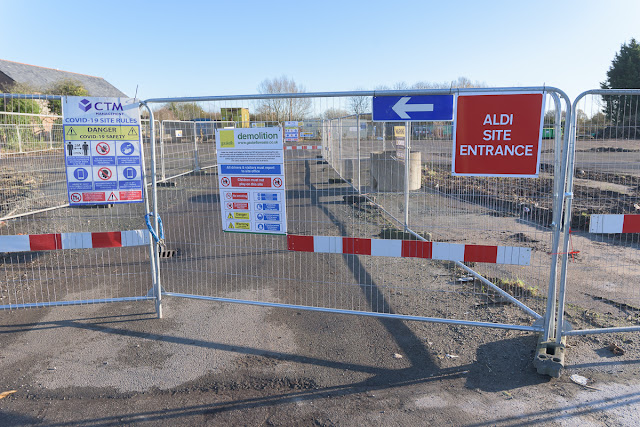 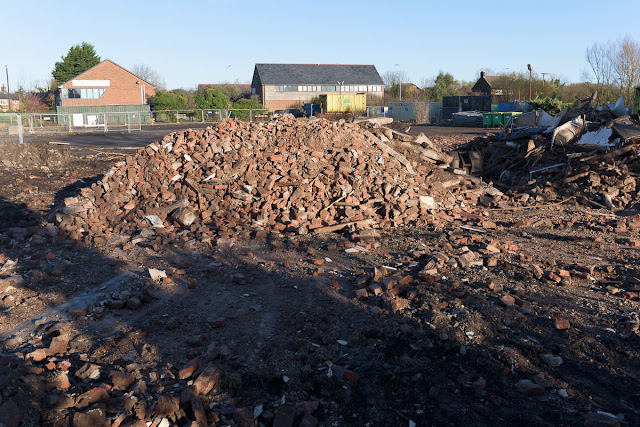 The moss doesn't change much at this time of year, so I've not been out there much. Not that conditions have been favourable very often when I have had time enough spare. On one flying visit I noticed the water tank by the greenhouses had been pulled to bits. Another thing that was 'always going to be there' gone. Like the Rams Head I was glad to have photographed it when it was in place. It always pays to photograph boring stuff because there may well come a time when it's disappeared. 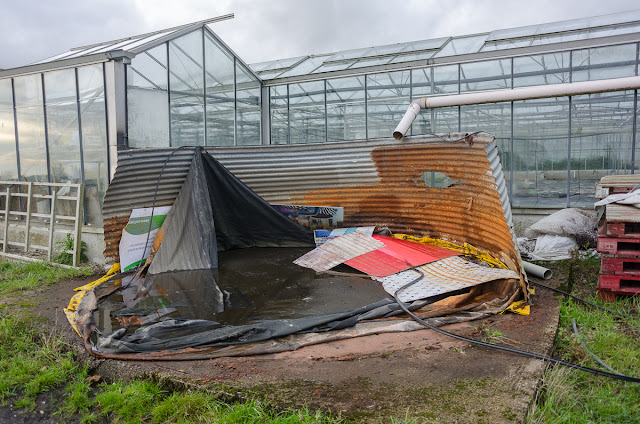 On that walk I'd taken my current favourite zoom lens and, for a wider option, my Nikon compact with it's 28mm equivalent fixed lens. The few reasonable photographs I came back with were taken using the compact. It's a bit of a clunky camera to use but it can turn out really pleasing pictures. 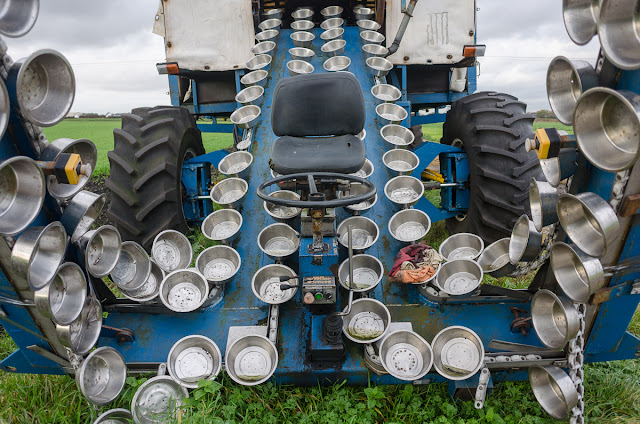 With no sheep shows to go to I've been at a bit of a loose end really. I can't get my brain into anything else. I think real life work is too much for me at the present! To take a break from the grind I have been out to clear my head to the marshes on either side of the river. They are different in character. The nature reserve looks far more like a worked landscape than the other marsh which looks more natural. 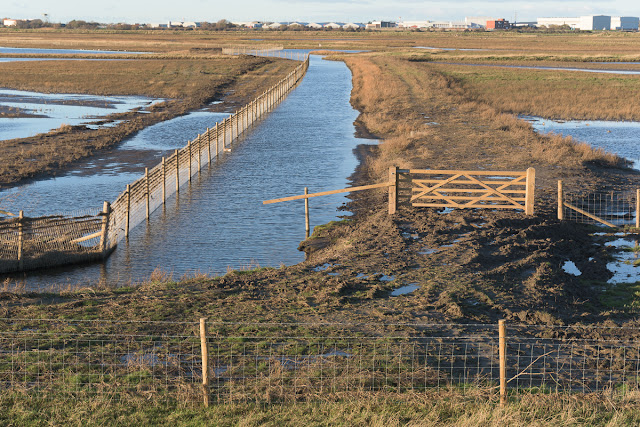 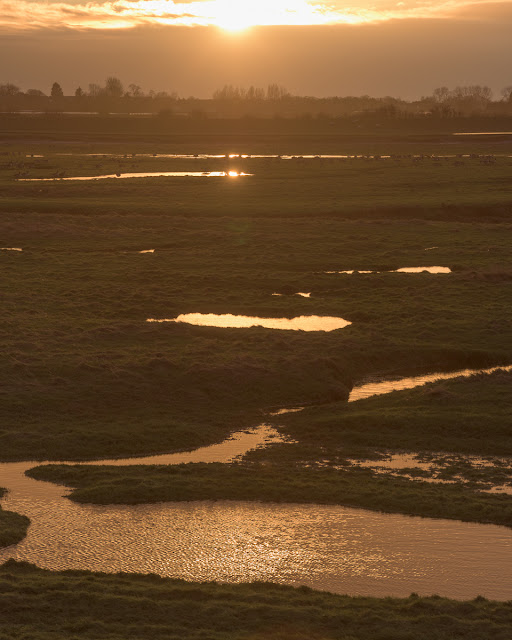 I hadn't been to the other side of the river for ages. It was a wild and windy afternoon and I didn't stop long. Maybe if the sheep had been within range I would have done! Can I be bothered going back again to work on some ideas I had? probably not. The landscape thing is far too dependent on the light conditions... 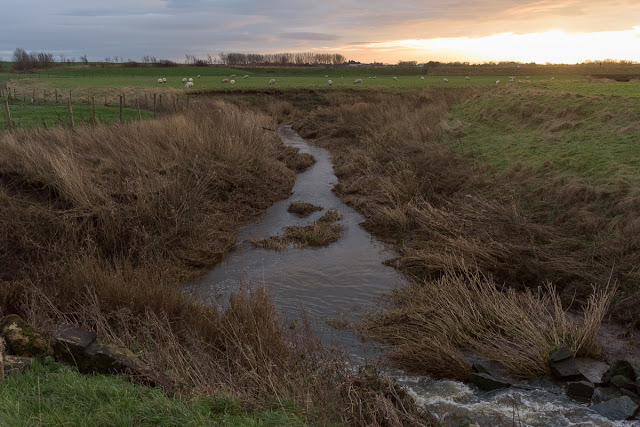 Somewhere else I hadn't been for ages was Southport, not since Covid kicked in had I made a visit with a camera for more than a few minutes. Last week I was booked in for a vaccine booster and made sure I had plenty of time on my car park ticket. The Fuji compact was in my pocket for a wander round before and after the jab. A few things had altered, but mostly I took record shots of closed touristy shops and attractions. 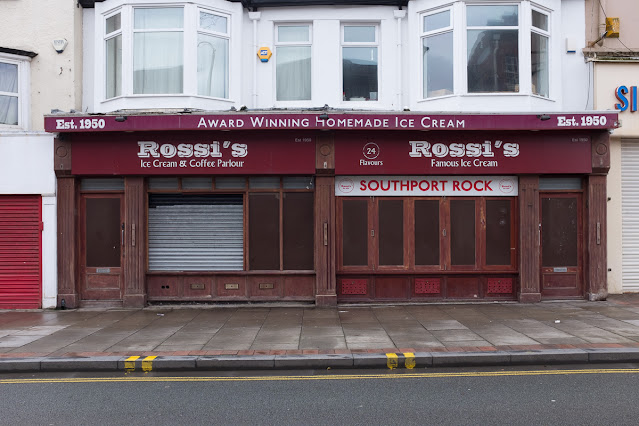 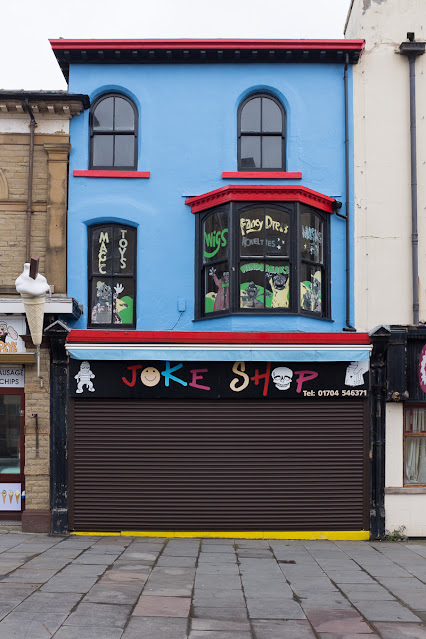 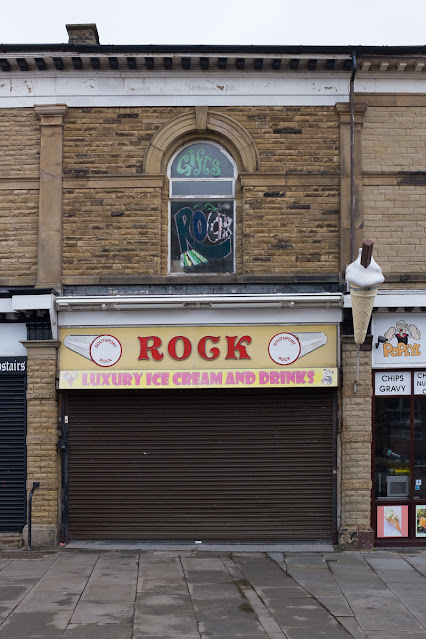 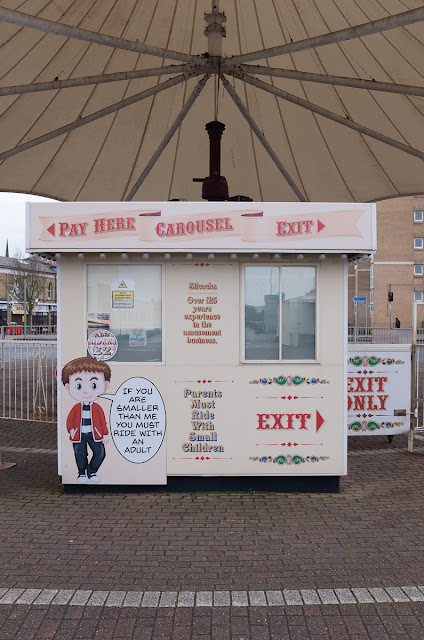 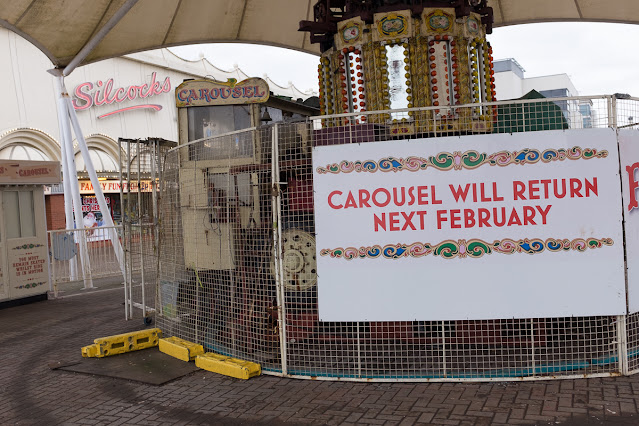 There's a 'new' mural in town. 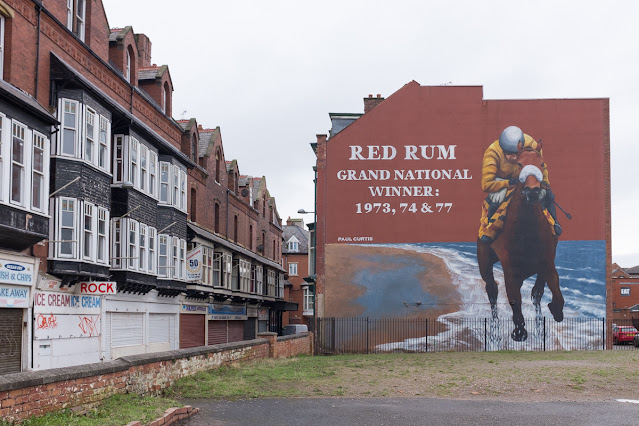 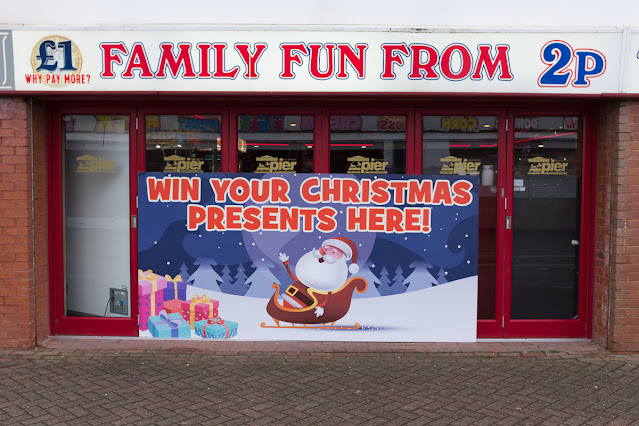 I'm not a great one for considering the 'look' different lenses or sensors give to photographs, but the Fuji seems a lot more clinical than either my DSLRs or the Nikon compact. It's not something I'm too keen on. There's sharp enough and there's too sharp to my mind. Which probably sets me apart form the majority of the digital photography word where super-sharpness and micro-contrast seem to be the most prized qualities - possibly after creamy bokeh!