Every now and then I click a link which takes me to a website I should have found sooner. Last night was a case in point and I spent longer than expected reading bits and pieces on Peter Marshall's re-photo.co.uk. I'll no doubt be returning to read more. While I was there I realise that Marshall sometimes uses a slow zoom on the same model DSLR body I use, and high ISOs when required. I resolved to give that approach myself today at the auction mart.

It seemed to work pretty well. At ISO 10,000 it does pay to get the exposure right as lifting the shadows does make them quite grainy with some colour noise. But for web viewing, even quite large, the results are fine. Certainly for reportage/documentary/photo-journalistic uses. Much better than I'd ever have got with black and white film under the same limited lighting conditions. 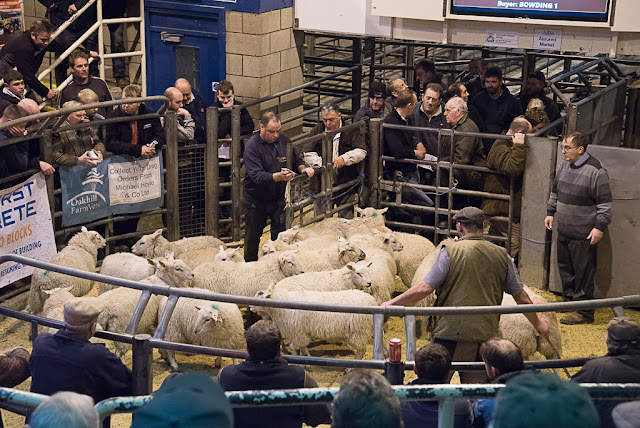 The real upside to using the slower lens was that depth of field was increased. At times I was even stopping down to f8. Technically I've made a breakthrough by overcoming my reluctance to use much higher ISOs.

Seeing pictures which capture the experience and work visually, without being too run of the mill still remains a struggle. I see one or two. 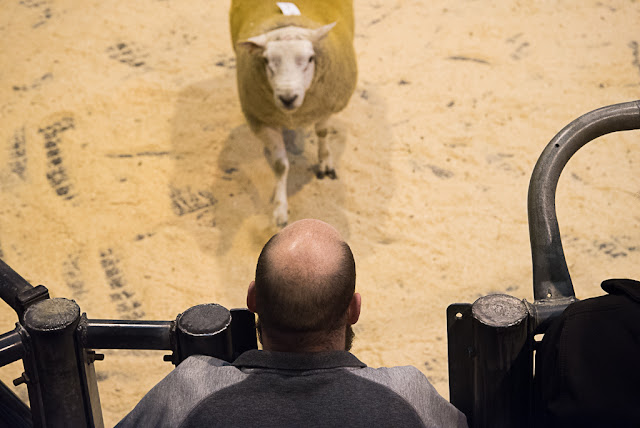 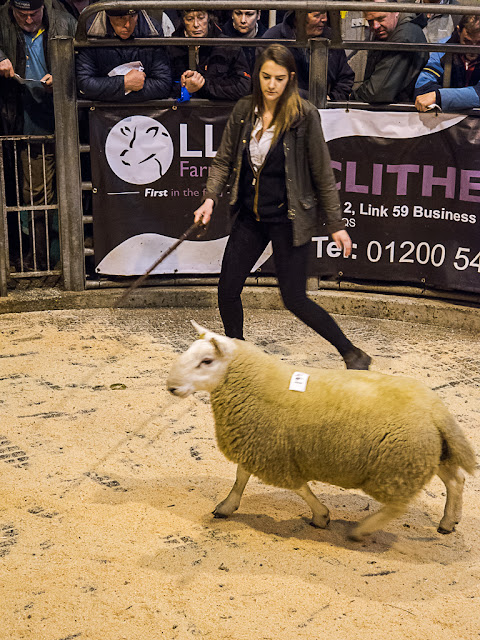 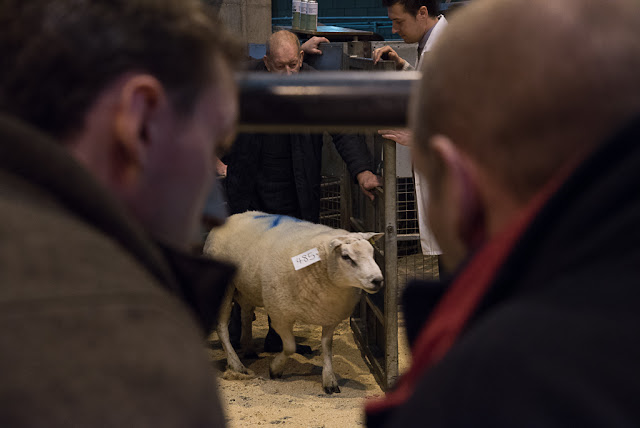 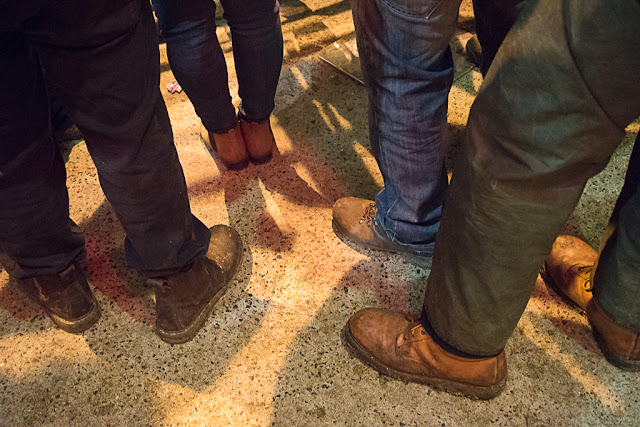 Using the flip down screen for lower angles shots proved its worth once again. The problem is getting the focus right, although using smaller apertures made life a bit easier. Especially at wider angles. Close-ups of sheep are usually pot-luck with getting the eye in focus. 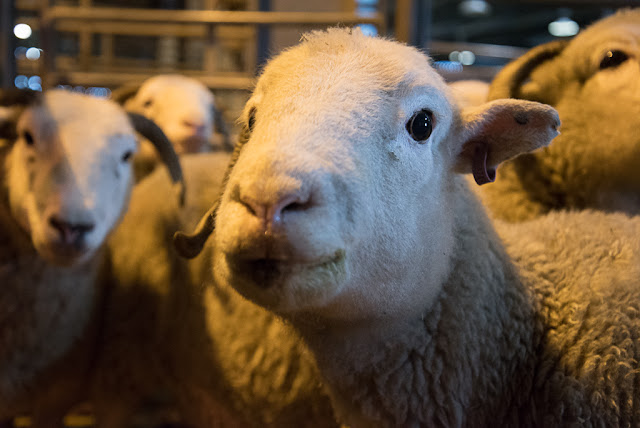 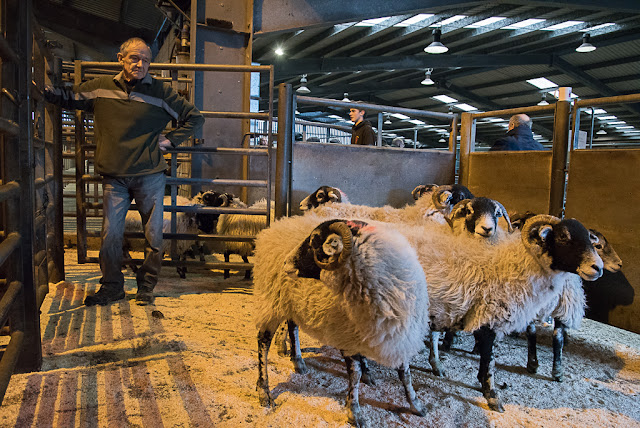 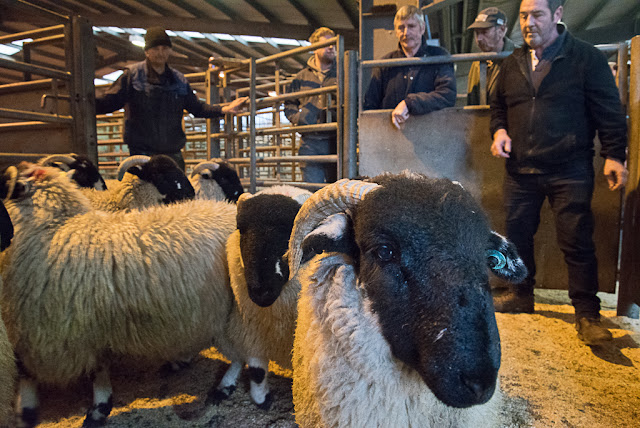 I tried the slow shutter speed 'trick' again. It'll work one of these days. There was one frame I wish I'd had a faster shutter speed.though. Sod's law! 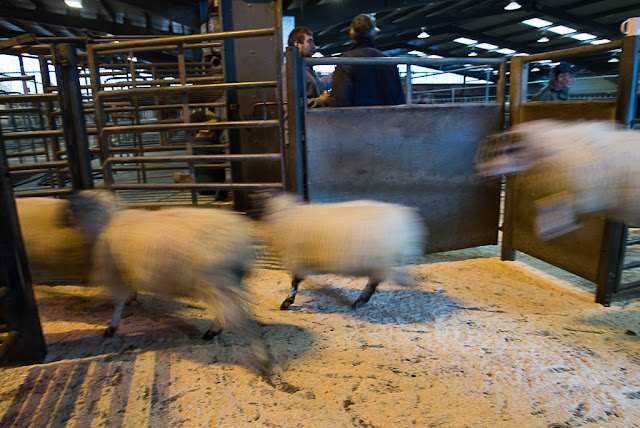 After today's exercise I might give my superzoom a try in the mart's dim light at some point in the future. Although that might bring the temptation to snipe the dread candid 'character' shots.

Another website I found last night, maybe from the one I mentioned earlier (I forget the link trail I was following) was Life Force Magazine. I had a look through it today and enjoyed much of it. Not surprisingly the photo essays on fishing and farming topics appealed most. Whenever I get a bit stuck for motivation looking at the kind of photography I like usually does the trick.