Three months of wandering around the same square mile (or thereabouts) is unavoidably resulting it becoming harder and harder to avoid repeating myself. There's always the chance of taking photographs in the same place but in different light or when crops have grown or been harvested, but most of the time that is just tinkering. It can make things more obvious, such as this ditch which I found interesting because of the way the its two sides were differently managed. Flat light didn't make the difference as apparent as early morning sunshine did. So there' the chance to replace pictures with similar ones which tell the story more clearly. It adds nothing new though. 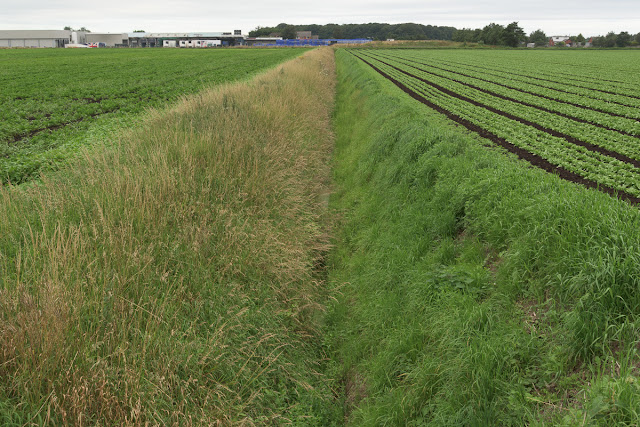 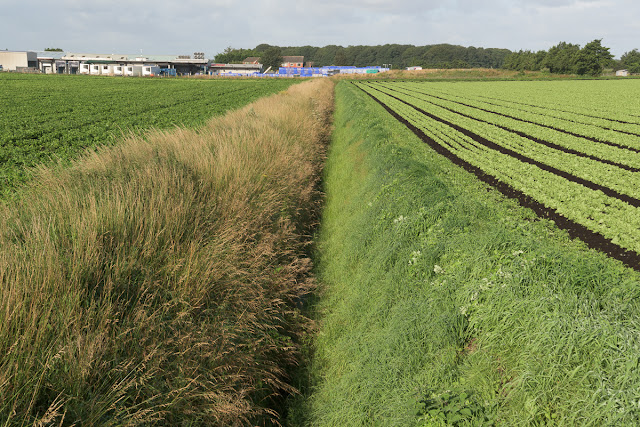 Then there's the possibility of photographing something from a different angle. Maybe including something else in the picture which might add to the narrative, or tell it more succinctly. 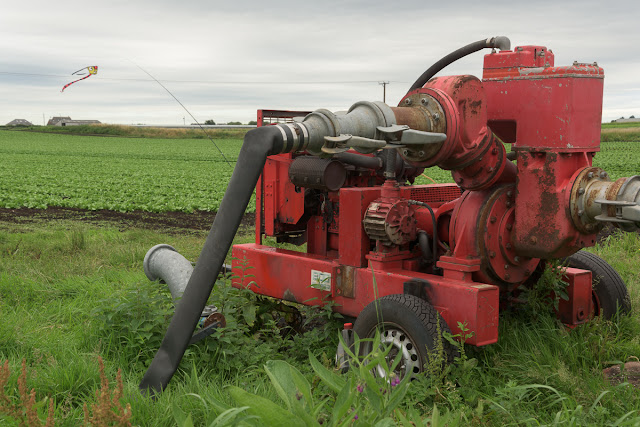 Now and then I get ideas for grids or pairs of pictures. The only way I could think of to illustrate how one field will be planted to provide a succession of crops was with a pair of pictures. Taking one picture 'side on' didn't show clearly enough how planting is done in sequence over a period of time. 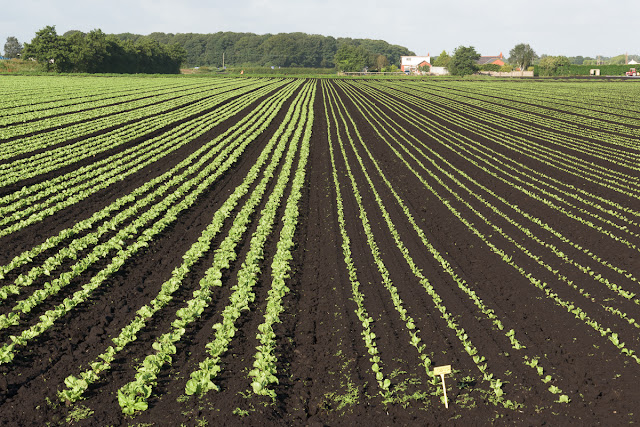 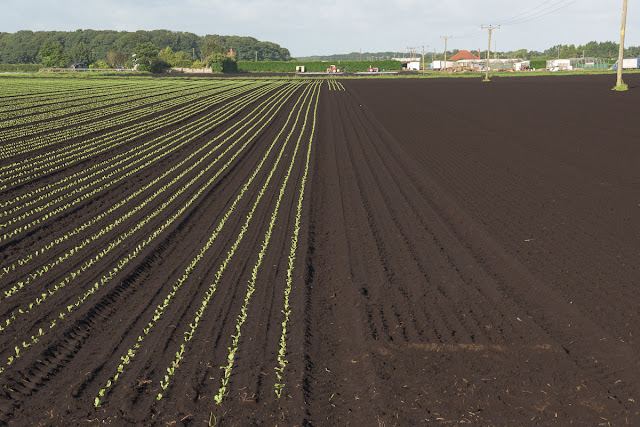 While the farmed land is the main focus of this project greenhouses are still a interest. Whitewashed glazing can produce and almost endless variety of semi-abstracts. 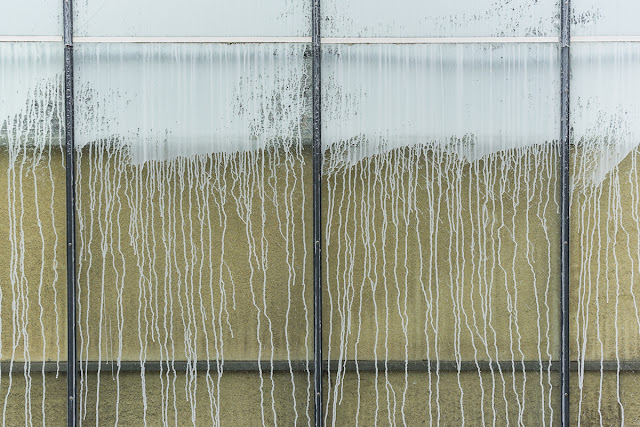 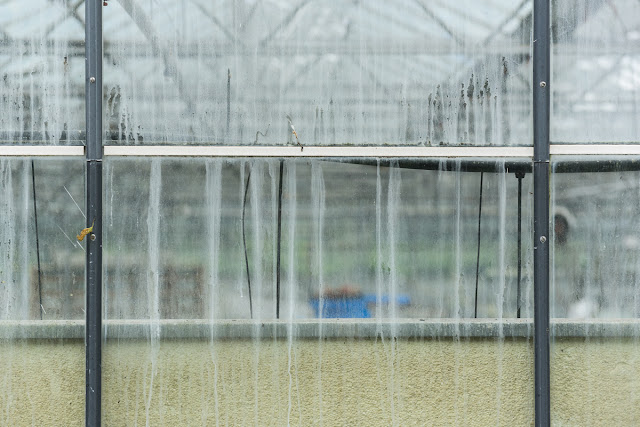 Making pictures of farming machinery is part of the project. The dilemma is whether to make record shots which show them in situ in their entirety or make close up near-abstracts which don't explain much. Not that I have any clue what this thing below is! 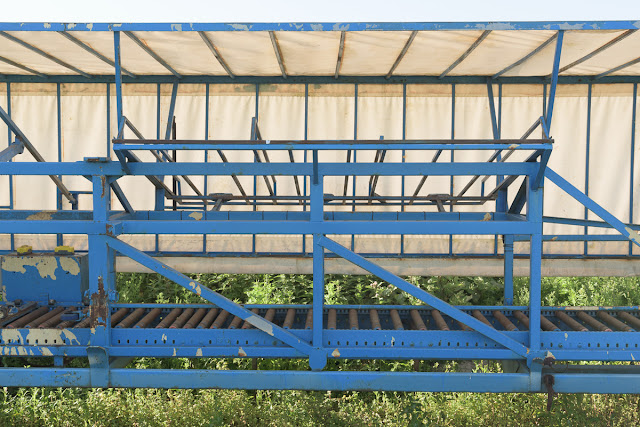 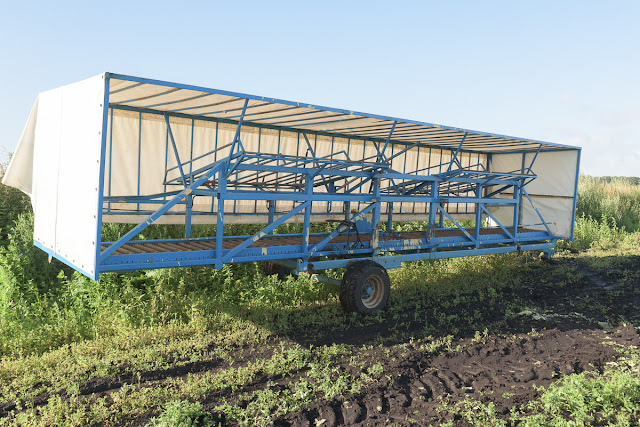 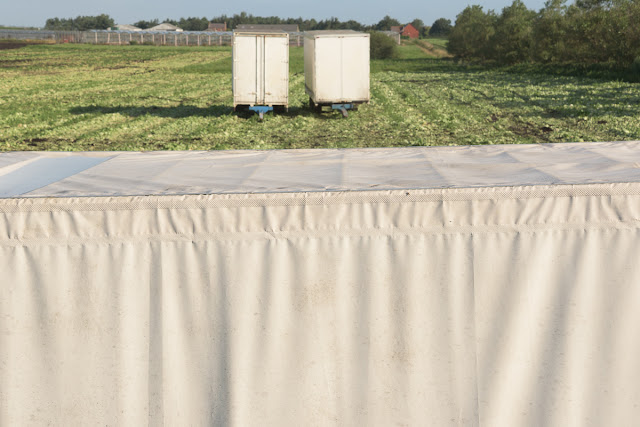 Walking the deserted meanygates this morning got me to pondering about rural/farming documentary photography, both contemporary and from the past. There is a trend I've commented on for publishing books of British documentary photographs from the 1970s through to the 1990s these days. Bluecoat Press and Cafe Royal Books being two such publishers operating in different ways. Take a look at their catalogues and there is little in the way of rural subject matter. Is this because there is none to reproduce? Or is there something else at play?

I suppose it is probably inevitable that most documentary photography takes place where most people live - in towns and cities. That makes sense as an explanation. However, maybe there is also a bias against subject matter which can appear romantically nostalgic, or even twee. Especially when it is looked at retrospectively. This could be a result of the British view of the countryside as some green and pleasant idyll. I do sometimes wonder if James Ravilious's pictures were taken through slightly rose tinted lenses.

There are, of course, exceptions. John Darwell's Dark Days and Ken Grant's Flock are two books of photographs on rural/farming issues which manage to avoid tweeness and consist of unpretentious documentary photography. There are others who can be found online who photograph the rural and rural life. Some in an art based practice, some in a more documentary way. This is not to include working agricultural journalists, those shooting for stock libraries, or devoted amateurs.

Contemporary pictures are out there, and there must be archives from previous generations waiting to be discovered. But perhaps not appreciated by the photographic establishment.

Those were some of my random thoughts about the visual recording of the rural as I pondered what I'm up to and why I should make more of an effort to record the work that goes on locally. And more importantly get it disseminated. 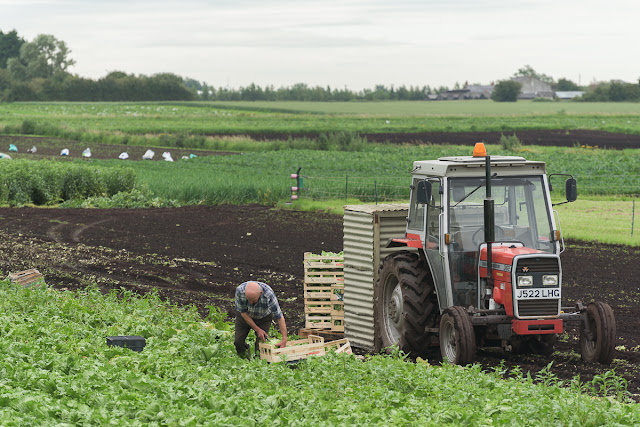