In my (probably futile) search for a small camera I've come to realise that the variety of choice available today can be used in the same way that photographers used (and still use) 35mm, medium and large format film cameras for different functions. I'm not alone in this as I was reading of Eric Weight's thoughts about compact cameras the other day.

Sensors have moved on in just a few years, and the prints you can make from a compact camera are a match for those for prints from a DSLR in many ways. Even moderately high ISO values are perfectly usable. Maybe you can't get away with 8000 ISO from a compact (yet) but 800 ISO is fine.

The increased depth of focus which small sensors bring to subjects can be used to advantage when this is what a picture requires. With this in mind I thought I'd give my X10 a try for some product shots for my fishing blog. I'd made some decent efforts using a DSLR - having abandoned my attempts at using off-camera flash and simply bouncing the flash off the ceiling with the speedlite in on the hotshoe. Using the same flashgun in the small camera's hotshoe I got the photograph below. It might not be top notch, but for my purposes it is fine. There is plenty of the reel in focus, which wasn't the case when I used the DSLR. 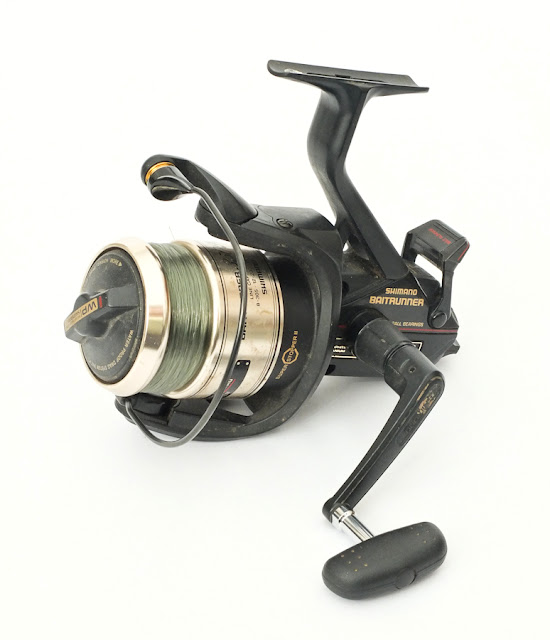 I won't always want such depth of focus, but for some subjects it can be a boon to be able to use a wide aperture to enable a lower ISO while handholding the camera. This night-time shot from my back door being one such. The backlit steam from the boiler flue and the coloured Christmas lights made for an interesting effect - if not for interesting content! 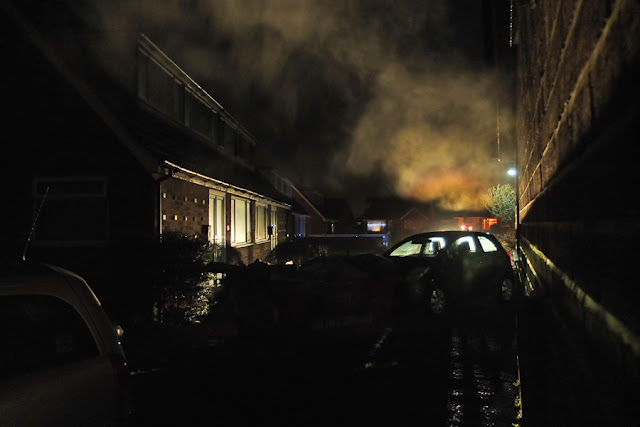 While the optical viewfinder of this camera annoys me with it's parallax and framing problems it might now become my 'studio' camera, and I'll be trying it out for a series of local landscape pictures I have in mind.

The other camera I have a love/hate relationship with is the G2. In terms of how it handles I cannot fault it, but the colours and dynamic range are it's downfall for me. I mooted previously that it's okay when shooting black and white though. So I stuck it in that mode, set the aspect ratio to 3:2 and visited the tackle shop. The advantage the electronic viewfinder has over an optical one is that it shows you the output from the sensor. So when shooting in monochrome that is how you see the scene before you. No need to change the way you think to translate the colours into tones. By shooting RAW you still have the option to 'revert' to colour on the computer. 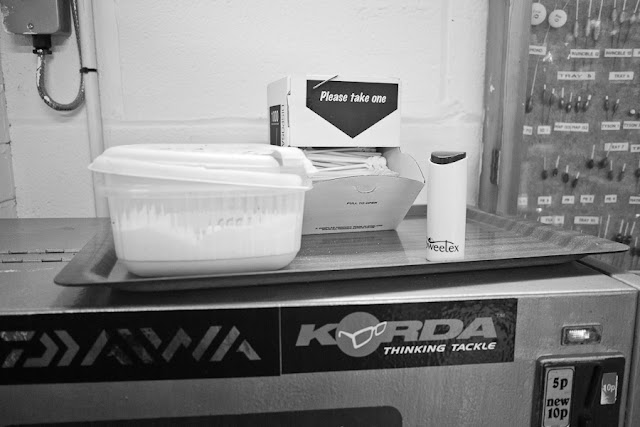 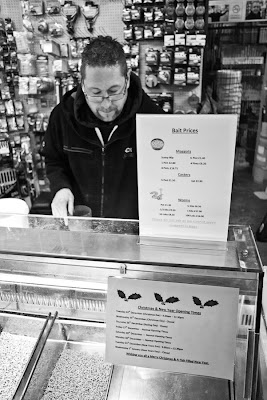 All I have to do now is find a project that demands being shot in black and white for the G2 to earn a reprieve. If I didn't have so many shots from the tackle shop which were made to work in colour that could have been the very subject.

This practical reappraisal of my cameras is making me question the search for a small camera from a different point of view. What do I want it for? If it's just for taking random snaps then, in reality, a phone camera would do. If I wanted a camera in my phone that is! For a snapshooting camera the X10 is all I really need, and it will do more should I need it to. Then again, I have got used to having a flip out screen on the G2.

A cross between the two would be ideal. Which is why I was looking at the Nikon P7800 the other week. Compact size, small sensor, flip out screen and EVF and colours which please my eye. For the time being temptation is being resisted. Not least because resale values of digital cameras makes them almost consumables and the 'drawer of unloved cameras' is full enough already. What's more there's the inevitable 'new adopter premium' to be paid if buying new.  The P7800 has only been out since September and has already dropped over £50 since I first had a look at one.

Another option is a small camera with interchangeable lenses and a larger sensor. But that's getting into the realm of DSLR duplication. Perhaps that's what I'm looking for deep down? Sometimes I think I ought to sell the whole lot and strip back to one camera and one lens like I had when I started taking photographs. It's pretty much how I'm taking photographs these days anyway. 28mm (or equivalent) and have done. It's not like I make my living from photography. One thing's for sure, nobody other than a camera nerd cares what camera was used when they look at pictures!